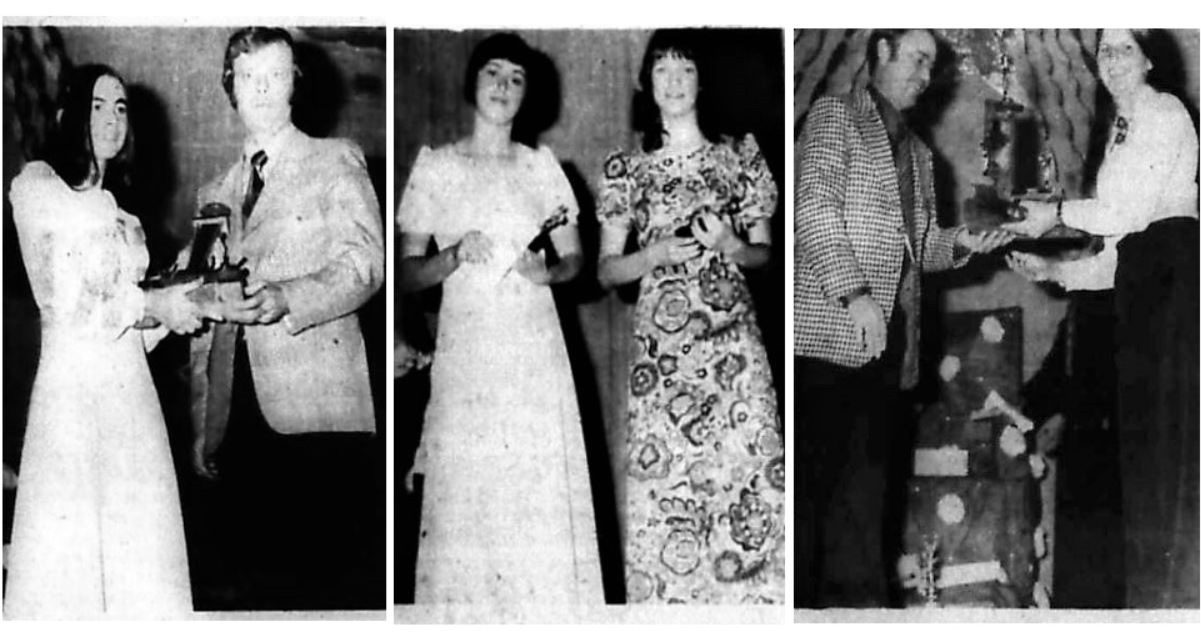 The Review, November 21, 2012 – L’ORIGNAL – A L’Orignal family will be one of the contestants in this week’s edition of Radio-Canada’s popular American-Idol-style television program called ‘Un Air de Famille’. Louise Potvin-Laliberté of L’Orignal, along with her daughter Michelle of Hawkesbury and her niece Zoé of Notre-Dame de l’Ile Perrot, in Québec, got on the show when their video-taped audition was selected. If they win this round, they will be going head-to-head with another singing family from the region, the Latreille family from Hawkesbury, who won their round in the show’s second episode to move onto the semi-finals.

Only one person votes in East Hawkesbury

The Review, November 19, 1997 – EAST HAWKESBURY – What if they held an election and nobody showed up to vote? In a remarkable display of apathy, only one East Hawkesbury Township elector voted in the November 10 election. A total of 241 English Catholic school supporters were eligible to vote for the trustee for Prescott-Russell, which was the only contest in the township, since the municipal council and other trustee positions had been acclaimed. When polls closed, only one ballot had been cast in the election, which cost taxpayers about $2,000.

The Review, November 22, 1972 – CASSBURN – Mr. and Mrs. Cecil Cass and Mr. and Mrs. Horace Nixon spent a couple of days last week in Toronto, attending the Royal Winter Fair. Also at the event was Miss Linda Allen, who was attending as a 4-H leader.

The Review, November 20, 1947 – ALEXANDRIA – John Duncan MacPherson, 44, reeve of Alexandria for the past six years, and former warden of the United Counties of Stormont, Dundas and Glengarry, was almost instantly killed on November 17, when struck by a car on Main Street in Alexandria, shortly after 7 p.m. Mr. MacPherson had left the post office to reach his car on the other side of the street, when he stepped from between two parked cars directly into the path of a car. He was hurled to the pavement and was dead when medical aid reached him.

The Review, November 17, 1922 – DAWSON CITY – The following from the Dawson City Daily News concerns Mr. John R. Fraser, the brother of Miss Nettie Fraser, High Street. “John R. Fraser, well-known old-timer, has been appointed acting meteorological observer at Dawson, in the place of T.G.C. Robinson, who left on one of the last boats for the outside. Mr. Fraser, formerly the mining inspector in Dawson, has kindly volunteered to supply Dawson with a summary of his daily observations as to temperature, precipitation, winds and barometric pressure to the Daily News.

The Review, November 26, 1897 – VANKLEEK HILL – That business is brisk with our blacksmiths – and there are no less than seven shops in town – was brought to our notice by a conversation between two farmers which took place in one of our leading stores. One farmer asked the question “have you got your horse shod yet?” and the reply was ‘No! Have you?” The questioner replied “yes, just a few minutes ago and there were 60 shoes ahead of mine!” Business could not have been very slow in that shop.

Support The Review online Archives! Subscribe here: https://thereview.ca/archives/ and get up to speed on local history using our text-searchable archives, which date back to 1893.