The Review newspaper is an award-winning publication that has been serving Eastern Ontario and Western Quebec since 1893.

The Review newspaper is changing with the times but we are proud of our history. In case you hadn’t noticed, independent community newspapers are becoming a rare thing. Here at The Review, thanks to the support of readers and advertisers, we continue to produce original local content, cover council meetings and meet with dozens of people every week to tell their stories. You know it and we know it: Everyone has a story to tell. We work hard to deliver quality journalism and breaking news, covering local politics, agriculture, culture, heritage and more. When provincial news affects you, we share relevant stories on our website. Most of our content is available for free on our website, but our curated, weekly edition is still the best way to catch up on local news, read opinions, editorials, letters, columnists and more! We are keeping trusted local journalism alive and have added lots of fun stuff, too – including contests, quizzes, photo features populated by our readers’ photos and much more! Our special publications and magazines are continually expanding and are readily available as free publications.

The Review is available on newsstands, by subscription and online!
Our e-paper is published every Wednesday and offers pop-up articles, text searches, downloadable PDFs and permits you, the reader, to create your own clippings. During this time, the print edition of The Review goes out to readers and local stores on weeks two and four of each month. You can sign up by the month or pay for a year at a time. We have several options for you. You can take a look at those here. 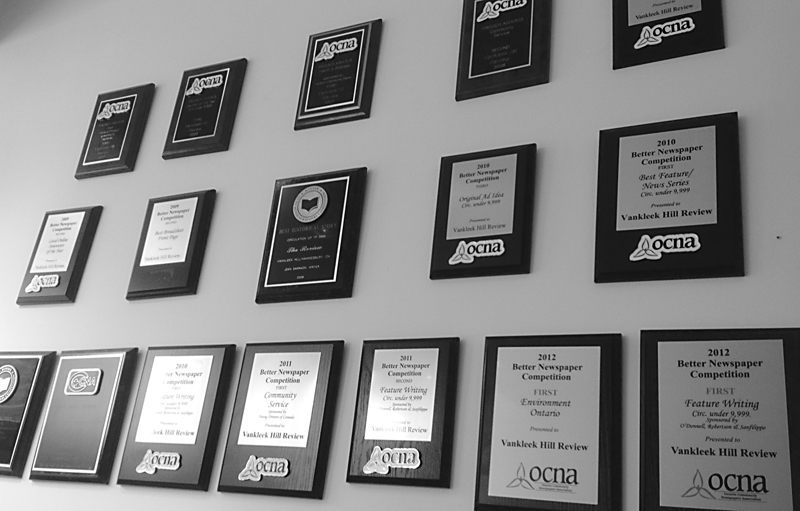 During its 129-year history, The Review, like any weekly newspaper, has had its share of ups and downs. There were moments of glory such as when a fearless Review publisher went to the wall to defend what he had written, refusing to refute the truth even when locked up in nearby L’Orignal Jail. There were also moments of shame, such as the week in 1907 when it was reported in The Review that, “during the recent absence from the office of the proprietor things ran amuck. Everything was turned upside down. Some of the youngmen in charge were turning the office into a barroom and enjoying themselves. Their work was neglected and the office allowed to run itself. The presses were abused and no man could make them work properly without repairs.” And The Review’s history of relating both the good and bad, even about ourselves, is what newspaper work is all about.

Here is a brief history of The Review.

Founded by Samuel I. Jones, the first issue of The Eastern Ontario Review and the County of Prescott General Advertiser was published on December 15, 1893. Jones had emigrated to Canada at the age of 23. From working at the Toronto Globe, he moved to Dundas and became proprietor and editor of The Warder. Leaving Dundas, he represented the Globe in Hamilton, and from there he moved to Ottawa where he established The Evening Post.
Sometime after, he was appointed to take charge of the reading room of the Senate, a position he held for about 10 years when he had to resign on account of ill health. Leaving Ottawa, he took up residence in Buckingham where he founded a small paper known as The Advertiser.

In October of 1893, he moved to Vankleek Hill to establish The Eastern Ontario Review. Jones also operated a book store and a printing business. Within a few weeks, the newspaper became known as Eastern Ontario Review and Ottawa Valley General Advertiser. In May 1894, Jones became stricken with paralysis and his wife soon placed an advertisement offering the newspaper and printing business for sale.

In September 1894, Mrs. Jones, now widowed, sold the paper to L. W. Shannon, who operated the paper for four years. Shannon sold the paper to Mr. H. Carl Jones, who left his post as city editor of the Evening Journal, Ottawa, to take over The Review. The Review continued to grow and prosper under Mr. Jones. On September 9, 1899, the paper became known simply as the Eastern Ontario Review.

Despite the growth and modernization of equipment, all did not always run smoothly. In the January 18, 1907 issue, the editor published a notice under the heading: “Our Own Troubles”, in which he apologized for the shameful appearance of The Review during the past few weeks. The proprietor, having been away, was finally able to get out to the plant and was shocked at the state of things. Three of the staff were ordered out of the office and paid off. Two experts had to be called in to repair presses that had fallen into disrepair while the owner was off sick.

In 1929, W. J. Duncan sold the newspaper to one of his employees, Andrew Boyer, who had been working for Duncan for the past 17 years. Boyer changed the publication date from Friday to Thursday. Boyer would remain the owner of the Eastern Ontario Review for 45 years. Boyer was active in the community, serving as Reeve and councillor of the Town of Vankleek Hill for 29 years. He served a rare three terms as Warden of the United Counties of Prescott and Russell.

In 1974, Andrew’s two sons, Jean Paul and Bernard, purchased the newspaper from their father. Jean Paul was in charge of commercial printing and worked in the Review office, while Bernard went on the road to sell advertising. When the newspaper began to move from hot lead to offset production methods, a darkroom was constructed and Bernard learned to develop black and white film and performed all darkroom duties.

In 1992, when the paper was sold again, it would bring to an end the Boyer family’s 63 years of continuous ownership of the paper.

In 1992, Louise Sproule bought The Review from Jean Paul and Thérèse Boyer, who had become sole owners of the paper in 1982, Bernard moving on to another career. Sproule had worked at The Review about 20 years earlier as a high school student. Working after school at the newspaper/print shop, she did proofreading and worked at all the tasks involved in putting out a weekly newspaper. After high school, Sproule worked at The Review full-time, adding the bookkeeper’s job and answering the telephone to her duties. Back then, callers would ask for the man in charge. Sproule left The Review to attend university, but the printer’s ink stayed in her veins and in 1992, Sproule bought the paper in time to celebrate its 100th anniversary.

In September of 2004, The Review relocated to new premises at 76 Main Street East in Vankleek Hill. Formerly the Beckers building, the two-storey building, abandoned for almost two years, now houses The Review offices on the ground floor and has a two-bedroom residential apartment on the second storey.

In 2022, Sproule will celebrate 30 years as publisher and continues her mission of leading the team to produce award-winning journalism and community stories which build communities and inspire citizen involvement. 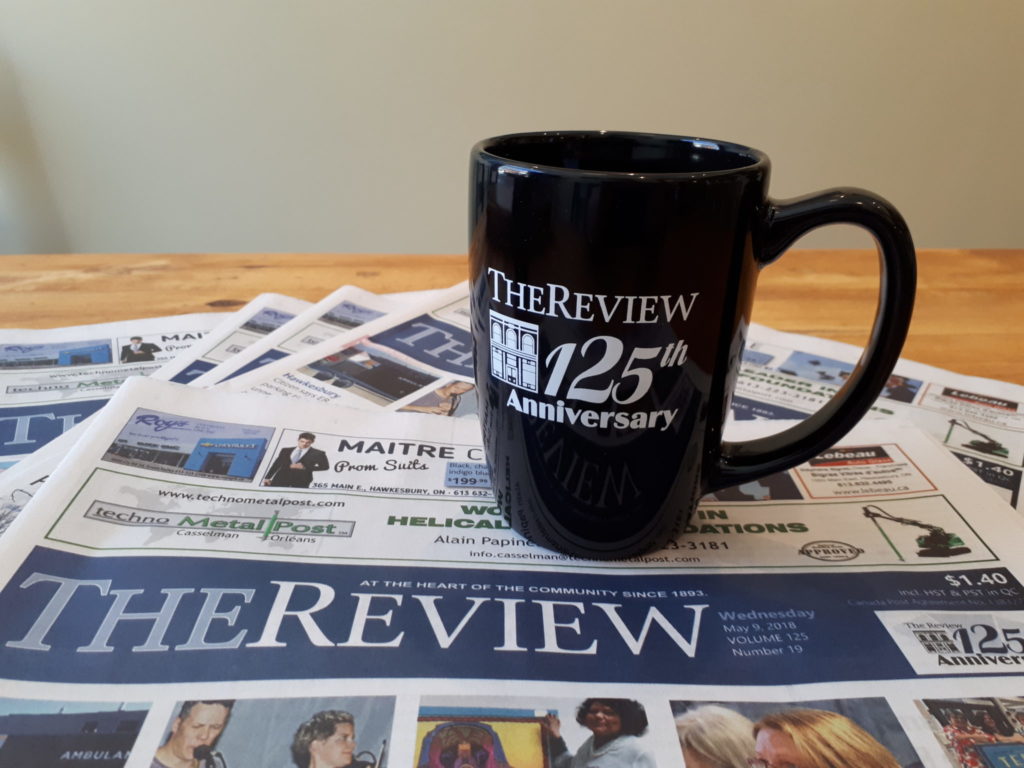