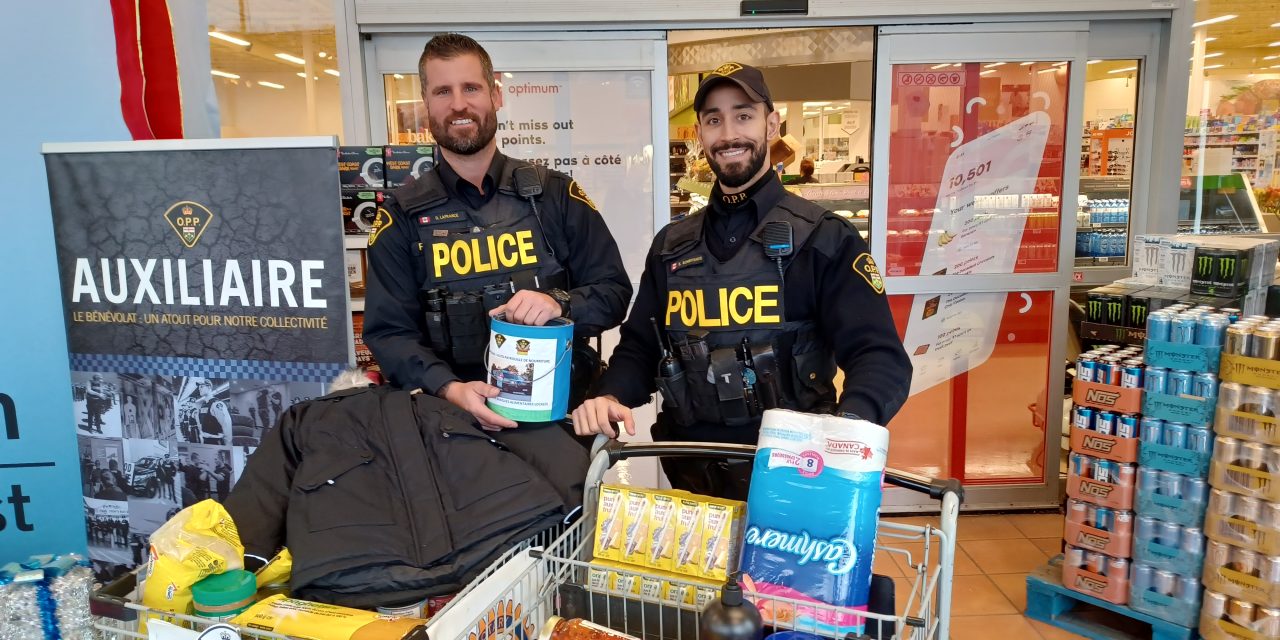 Constable Danyk Lafrance, left, and Constable Sprio Kombisakis, right, of the Hawkesbury OPP Detachment, with some of the donations of food and snowsuits collected for area food banks at the food drive held at Asselin Your Independent Grocer on Saturday, November 12. Photo: James Morgan

The Hawkesbury Detachment of the Ontario Provincial Police (OPP) held its annual food drive at Asselin Your Independent Grocer in Hawkesbury on Saturday, November 12.

“We need the funding because our Christmas baskets are coming up,” said Hawkesbury Central Food Bank President Jeanne Charlebois.

Charlebois is anticipating that more than 400 baskets will be requested this season from singles and families.

Because of the great generosity of local citizens, the drive collected more than $4,000 in cash donations, and more than $500 in food donations for the local Food Banks and the Groupe Action snowsuit fund of Prescott-Russell.

Special thank you to an anonymous donor who gave several new snow suits for the Hawkesbury Food Bank.

The Hawkesbury OPP Detachment wish to thank Asselin Your Independent Grocer for their hospitality.

But the biggest recognition goes to the Rotary Club of Hawkesbury for generously donating $3,000 to the event, which brought the total amount of cash donations to more than $7,000. 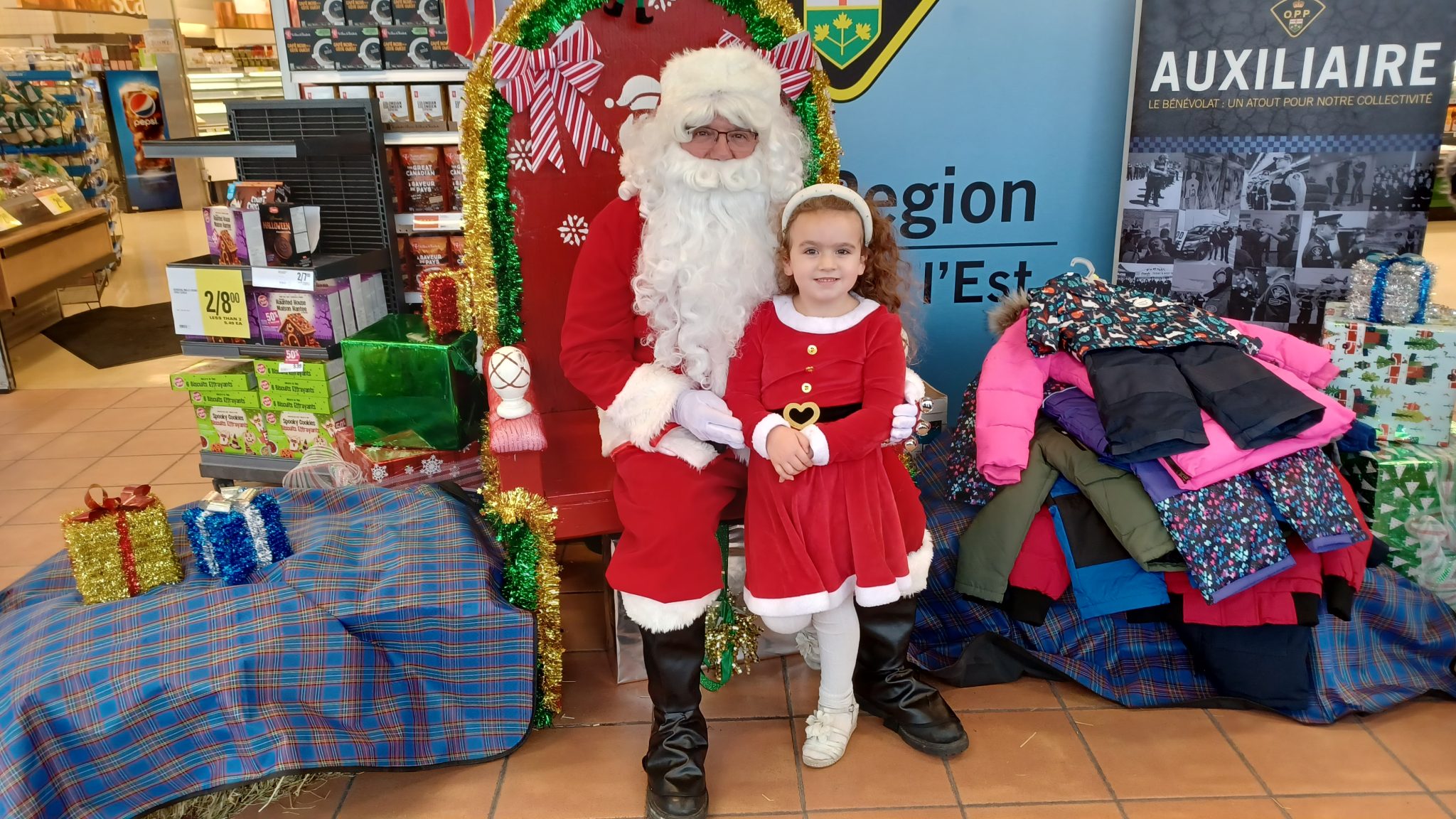