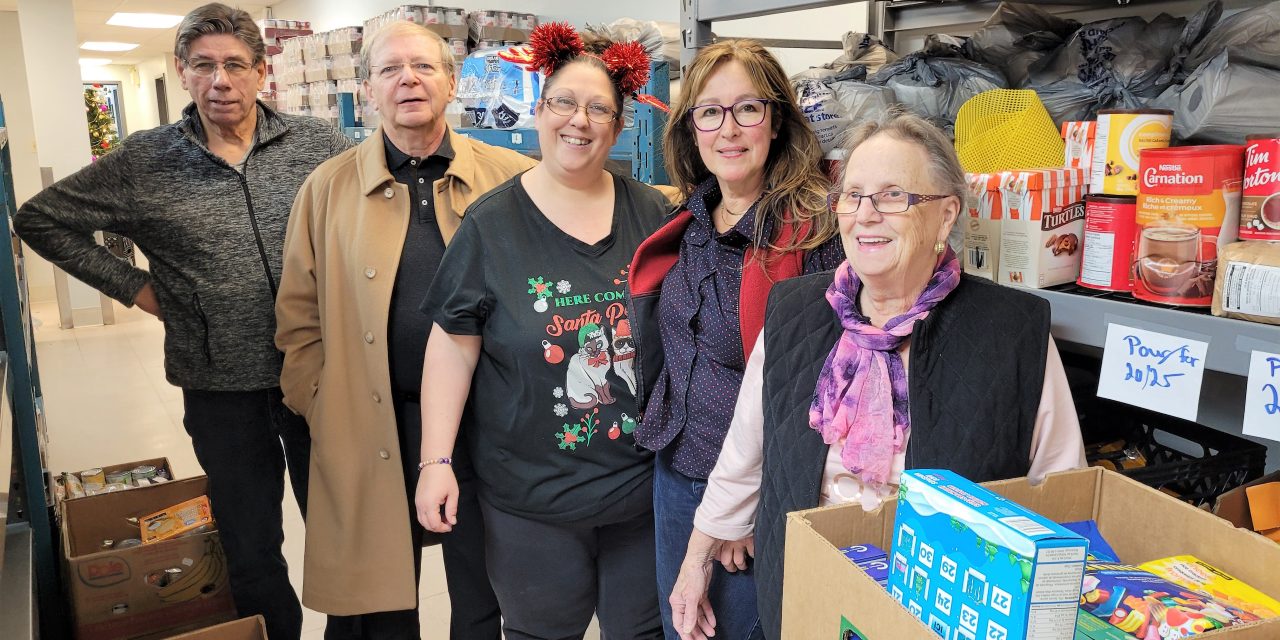 The tremendous generosity of the local community has helped volunteers who prepare Christmas baskets in the region deal with an ever-increasing demand for help.

Christmas basket programs in Hawkesbury, Vankleek Hill, and L’Orignal are all preparing and distributing more baskets than they did in 2021, which itself saw a huge increase from previous years. Here is a look a how each of the three programs have done in dealing with the increased need.

The Hawkesbury Central Food Bank has received more than 400 requests for assistance at Christmas this year.

Volunteers at the food bank, located at 419 Cartier Boulevard, divide the requests into four categories – Single, Couples, Parental and Families – to determine the amounts to pack for each basket. In total, volunteers will distribute approximately 600 boxes in 2022.

Last week, volunteers at the Hawkesbury facility were busy packing the boxes from the many cases of food stacked in the building. The facility also has a large amount of donated winter clothing – much of it new – for both children and adults.

“The support this year has been amazing,” said Hawkesbury Mayor Robert Lefebvre, who volunteers at the food bank. “People are very generous and it’s good to hear.”

As in nearby Hawkesbury, the Vankleek Hill Food Bank has seen an increased number of requests for Christmas baskets in 2022.

The food bank provided 85 families with Christmas baskets in 2021, and so far in 2022 had received 94 requests as of Thursday, December 15 – with calls still coming in.

“The maximum we can get out logistically before Christmas is 100,” said Jane Fantie, co-director of the Vankleek Hill Food Bank, while volunteering at the food bank at 124 Main Street East in the village last week.

Volunteers were working at the food bank in Vankleek Hill throughout the weekend preparing the baskets. The task was make somewhat easier by the generosity of local residents.

“There’s definitely been an increase in requests since last year, but the community – as always – has been amazing in supporting us,” Fantie enthused. “Even though we’re going into a recession this community has been awesome.”

In L’Orignal, the Christmas basket program is organized by the L’Orignal Volunteer Firefighters Association and L’Orignal Knights of Columbus through the L’Orignal Food Bank.

In this year’s campaign firefighters and members of the Knights of Columbus worked to collect approximately 2,000 kilograms of non-perishable food items and received more than $15,000 in donations.

Volunteers with firefighters association and Knights of Columbus were busy on Saturday morning, December 17, organizing the distribution of the Christmas baskets at the L’Orignal Fire Station for 65 families in the community.