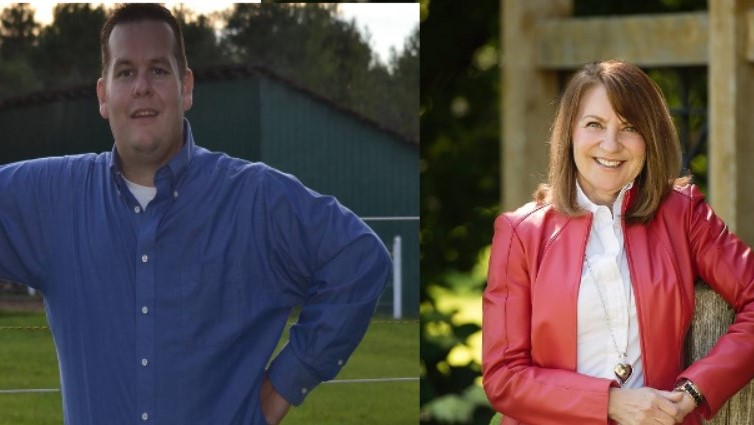 Francis Brière is the new mayor of La Nation.

Brière, who has represented Ward 4 on council since 2014, won the mayor’s race over fellow councillor Marie-Noëlle Lanthier. In unofficial results on Monday evening, Brière had received 2,103 votes and Lanthier 1,884.

“A lot of hard work went into this and it was a team effort,” said an elated Brière, shortly after the results were announced. “I had a lot of people help me and it’s nice to get the result that was desired.”

The new mayor has represented Ward 4 on council since 2014. He summed up his campaign for mayor as Affordability, Accountability, and Availability to citizens. As a mayoral candidate, he did not want to be seen as only representing residents in the western part of La Nation.

Brière had nothing but praise for Lanthier, who has represented Ward 1 on La Nation Council since 2014 and has spearheaded the efforts of Leadership Feminin Prescott-Russell (LFPR), an organization dedicated to electing more women to municipal councils across the region.

“It was a good race, quite honestly and I tip my hat to her,” Brière said of his opponent for the mayor’s chair. “(The campaign) was respectful, there were no cheap shots and it was all done in good taste. She gave eight years to the municipality and I have a ton of respect for her.”

Brière said he is ready to get to work and is looking forward to getting to know his fellow mayors from the United Counties of Prescott-Russell. The mayor is also looking forward to working with councillors and township staff on implementing plans from his campaign platform.

“I’m quite confident with the staff we have at The Nation that we’re going to be able to push forward,” Brière said.

Lanthier admitted she was a bit disappointed by the election results because she truly wanted to serve as mayor. She remarked however that the difference in votes between her and Brière was not significant.

“I don’t think my political career is over yet,” Lanthier said. She hinted there could be future opportunities federally or provincially.

Lanthier also has no plans to back away from involvement with Leadership Féminin Prescott-Russell (LFPL), an organization she helped establish which aims to elect more women to municipal councils across the region with an eventual goal of equal representation by men and women in local government. Lanthier said she will now have more time to devote to LFPL.

There were races for township council in three of the six wards in La Nation.

In Ward 1 Tim Stewart, a paramedic from Fournier, upset incumbent La Nation Mayor François St-Amour, who had chosen to run for council this time around. Stewart was a member of the Save The Nation group, which opposed a proposed wind turbine development in the municipality.

In the other two council races that were not acclaimed, Raymond Lalande was the top vote getter in Ward 4, while Daniel Boisvenue will represent Ward 5.

Vote totals in La Nation will be released on Tuesday.