Residents, business owners give feedback on changes to rue Principale in downtown Lachute 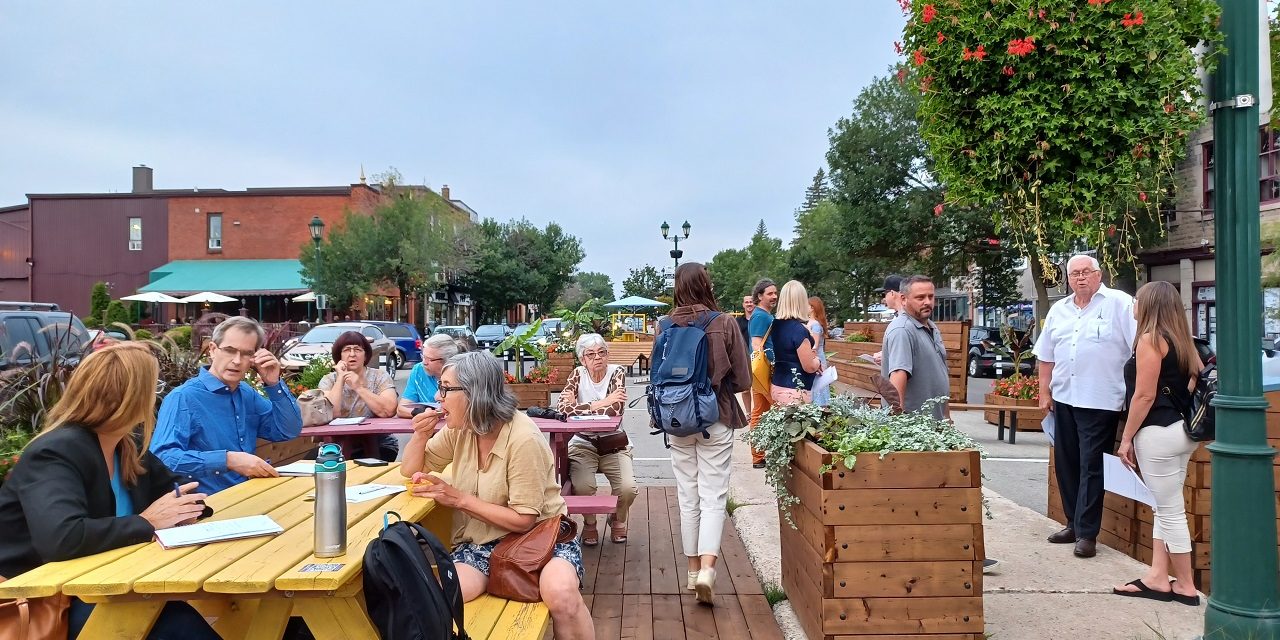 Residents and business owners gathered along rue Principale in downtown Lachute on August 25 to give their feedback on changes to traffic flow and pedestrian space the city has been testing during the summer months. Photo: James Morgan 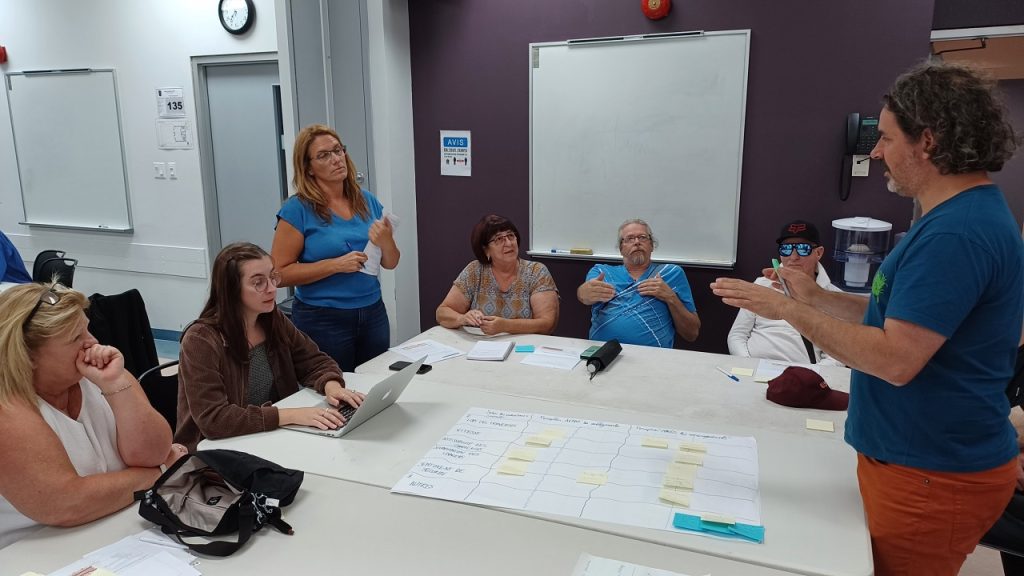 Residents and business owners had the opportunity on August 25 to share their thoughts on changes to traffic flow and pedestrian space that are being made on a trial basis in downtown Lachute this summer.

Council allocated $201,000 in the 2022 municipal budget for traffic control barriers, benches, picnic tables, and additional flowers, to be placed along rue Principale between rue Harriet and rue Water. The first phase involved placing the fixtures between rue Harriet and rue Bellingham. For the second phase, the fixtures have been moved to between rue Bellingham and rue Water. In each phase, more tables and benches were placed near pedestrian crossings, but also down the middle of the divided street, which has meant the temporary elimination of parking along the median.

About 20 people attended the consultation on August 25, which began on the street with an introduction by Christian Petit of Rues Principales, an organization which assists municipalities across Quebec with main street business area revitalization and configuration. City councillors Christian David, Virginie Filiatrault, Aline Gravel, and Gaetan Larose, along with Director of Urban Planning Pascal Joly, also participated. Those in attendance shared their opinions of the safety and ambiance before and after the temporary changes were made to the street.

Homeowner Kevin Bray, who lives on rue Principale on the western edge of the downtown area, said changes have not reduced noise from motorcycles in the neighbourhood.

Councillor Christian David acknowledged motorcycle noise is an issue in the area.

Comments written on charts during the discussion indicated there was no perceived improvements in safety as a result of the changes to speed limits and traffic flow. One comment was the traffic moves slower, but the area feels more dangerous. Another comment indicated pedestrians are not respecting the designated crossings.

Josée Théoret, who owns a pet supply store downtown on rue Principale, said her customers have complained there is not enough parking close to her store as a result of the temporary reduction in spaces. She said her customers cannot walk long distances carrying large, heavy sacks of pet food to their cars if they have to park farther away.

Many of the benches and tables are not in shaded areas. One of the comments received at the meeting said the downtown area feels more comfortable, but there is too much hot sun around where the seating has been installed.

One participant commented the changes have taken away parking near banks and drugstores for people with limited mobility.

Other comments received included that the changes have made it easier for vehicles to slow down along rue Principale. Another comment was that the measures have made things more difficult for cyclists.

Rues Principales representative Petit noted that the objective of the project is to improve safety and said the comments received during the consultation will be compiled into a report, which will then be given to Lachute council. Any final decisions about changes to traffic flow and pedestrian space on rue Principale in the downtown area will be made by council. 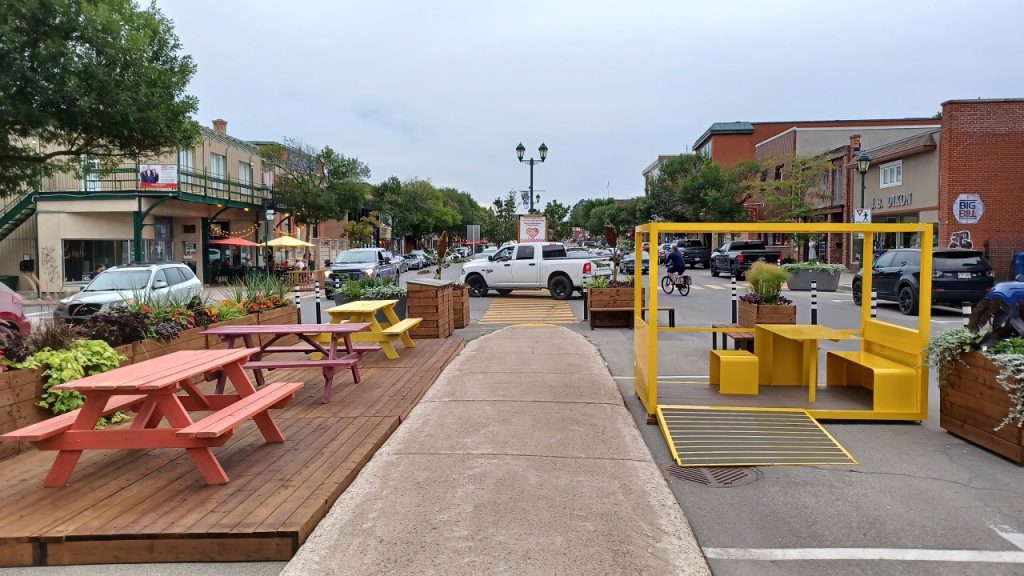 Tables and benches are part of the testing this summer of changes to pedestrian areas in downtown Lachute. Photo: James Morgan