Employees at Alexandria facility picket for a better deal 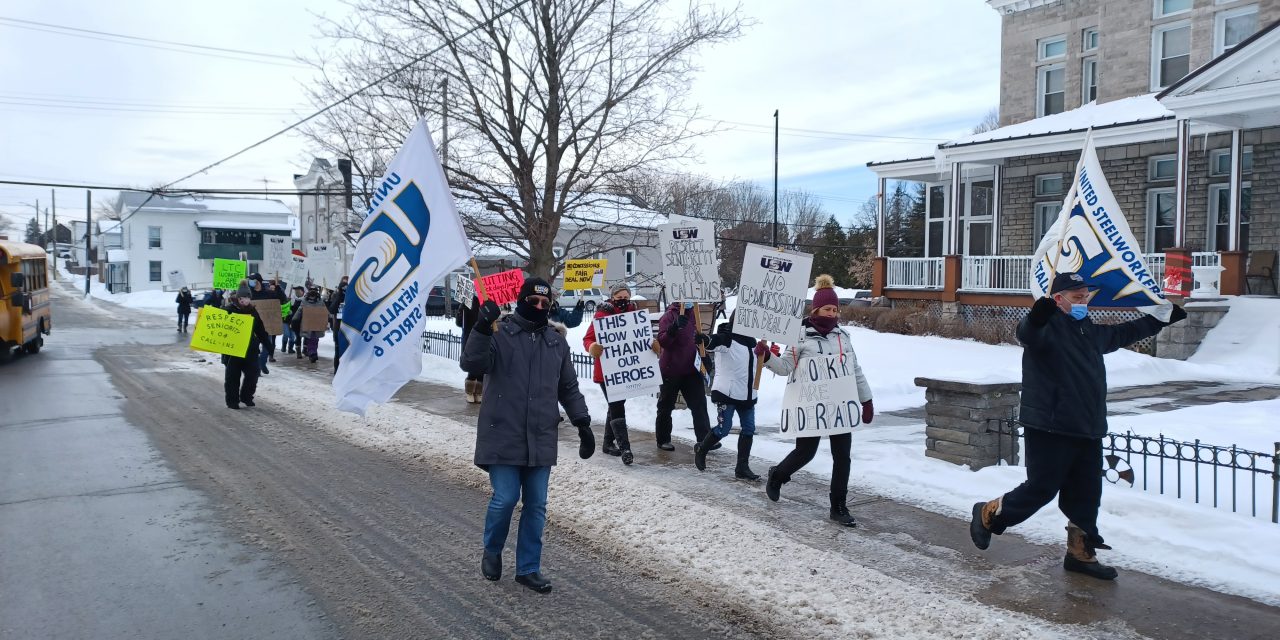 USW members who work at The Palace long-term care and retirement facility in Alexandria picketed the block surrounding the facility on the afternoon of February 7. Photo: James Morgan

It does not involve the Royal Family, but there has been some discontent lately at The Palace.

The 80 workers represented by the United Steelworkers union (USW) at The Palace retirement and long-term care facility in Alexandria have had difficulty reaching a new collective agreement with their employer, Cambridge Ontario-based Southbridge Care Homes, the company which owns and operates The Palace. The affected employees are registered practical nurses (RPN), personal support workers (PSW), housekeeping and kitchen staff at the facility, which has 70 long-term care beds and 36 retirement home beds.

According to the USW, Southbridge, represented by consulting firm Bass Associates, has demanded concessions that include cuts to sick pay and sick time accumulation.

USW Eastern Ontario Area Coordinator Richard LeBlanc said management wants to reduce the number of sick hours Palace employees may bank from 540 hours to 75 hours. Management also wants employees who do take a day off sick to receive 70 per cent of their normal day’s wage, rather than the 100 per cent they presently receive.

According to LeBlanc, management was also wanting to change employee insurance benefit premiums which would offset any wage increases.

Another significant issue is so-called out of seniority calling where new hires are promised more hours when they are hired and are called to work extra hours instead of those with more seniority.

Both parties concluded negotiations and the outcome of a new collective agreement is in the hands of a board of arbitration. The board was to meet on February 8, to determine the outcome of the collective agreement. During the afternoon of Monday, February 7, approximately 40 employees of The Palace picketed the block where the facility is located in Alexandria, and along the town’s main street. Workers from other local long-term care facilities joined them in solidarity.

“The employer still has time to back off,” said LeBlanc.

Whatever the board of arbitration decides is binding. As health care workers, The Palace employees are not permitted to strike under the Hospital Labour Disputes Arbitration Act. All employees who participated in the February 8 picket were not on shift that afternoon.

The labour impasse at The Palace comes following two years of the COVID-19 pandemic.

“They’ve done all the heavy lifting,” LeBlanc said about long-term care workers who have had to work through restrictions and outbreaks.

“This is a gross injustice for workers who have spent the last two years struggling with the toll that COVID-19 has inflicted on them and on the residents in their care,” said Colette McIntee, Chair and the USW bargaining unit representing the workers in a news release.

The Review contacted Southbridge Care Homes for comments on the situation at The Palace in Alexandria. In response, a statement was received from Vice President of Seniors’ Advocacy and Strategic Partnerships, Beryl Collingwood.

“Southbridge enters into collective agreement negotiations in good faith, respects the process, and negotiates in alignment with industry standards. Negotiation with the USW is governed by the Hospital Labour Dispute Labour Relations Act. After genuine bargaining efforts, we were unable to reach a deal, so we both voluntarily agreed to a board of arbitration. The hearing was held in early December, and we are waiting for the decision. Southbridge will support this decision,” stated Collingwood. 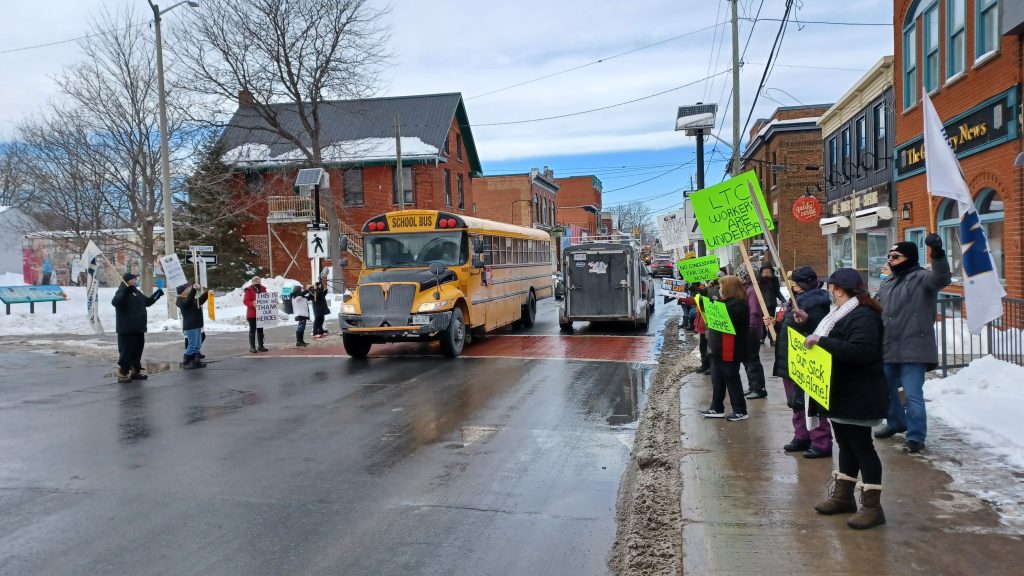 The Palace employees, who are members of the USW, took their information picket to downtown Alexandria on the afternoon of February 7, seeking support in their effort for a better deal with their employer. Photo: James Morgan