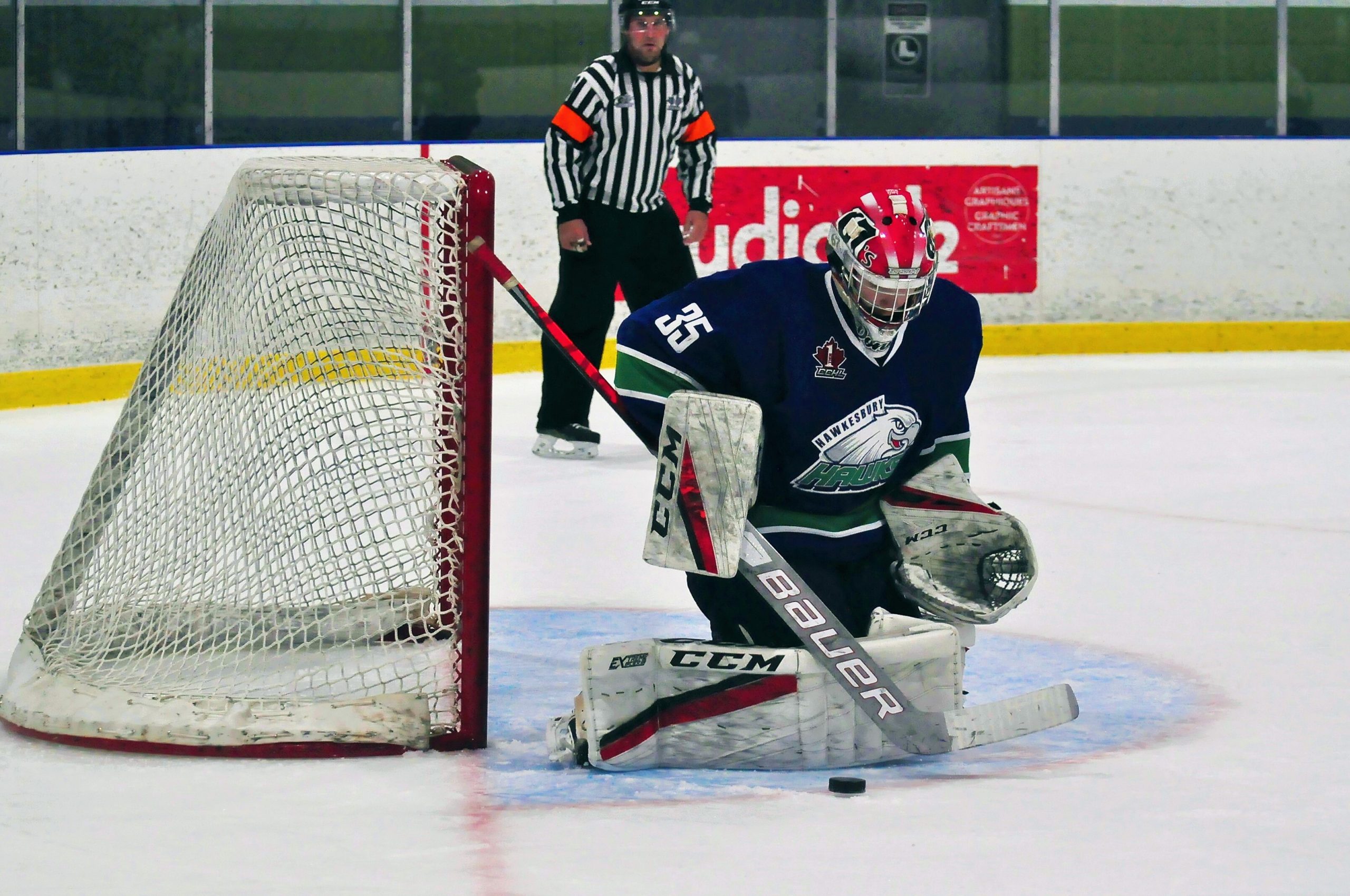 Hawks netminder Max Donoso (35) was outstanding at home on Friday, November 12, stopping 28 of 29 shots to earn the win against Navan. PHOTO: BARRY GOUDREAU

The Hawkesbury Hawks continued to show why they are one of the top teams in the Central Junior Hockey League (CCHL) last weekend, taking three out of four possible points in hard-fought games against Renfrew and Navan.

The Hawks dropped a heartbreaking 4-3 shootout loss to the Renfrew Wolves on Saturday, November 13, in a back-and-forth road game that saw each team fire 40 shots at the opposing goaltender. The game was tied 1-1 after the first and 2-2 after the second period, before each team scored single markers in the third. In the shootout, the Wolves fired two past Hawkesbury netminder Max Donoso, who had stopped 38 of 41 shots in regular and overtime play, while only Rylee Hlusiak was able to score for the Hawks.

The Grads made a game of it with a goal early in the third to claw back to within two goals, but the Hawks defence refused to yield. Jakson Kirk salted the game away with an empty net goal at 19:08 of the third period to seal the 4-1 victory for the Hawks. Donoso was again outstanding, stopping 28 of 29 shots.

While he was happy with the three points earned over the weekend, Hawks Head Coach and GM Rick Dorval was disappointed with the continuing inconsistent play by the team on the road.

“We need to start showing up on road games – we can’t seem to find our legs,” Dorval observed, noting that the team’s secondary lines played poorly in Renfrew. “It’s too bad, because we’re a four-line team.”

“As we showed on Friday (at home against Cumberland), we’re successful when every line chips in. (On Sunday) we had to play our top two lines a lot more than we should have, especially on a back-to-back night – that’s where you count on your depth.”

With the three points they earned over the weekend, the Junior A Hawks remained in second place in the CCHL’s Yzerman Division, with a record of 12 wins, five losses and one shootout loss, pending their Tuesday, November 16, home game against the Kemptville 73’s, who sit in second in the CCHL’s Robinson Division.

The Hawks are at home at the Robert Hartley Sports Complex in Hawkesbury on Friday, November 19, to face the Pembroke Lumber Kings, in a contest that starts at 7:30 p.m. On Saturday, November 20, the Hawkesbury squad will travel to Kemptville for a 7:30 p.m. rematch against the 73’s. 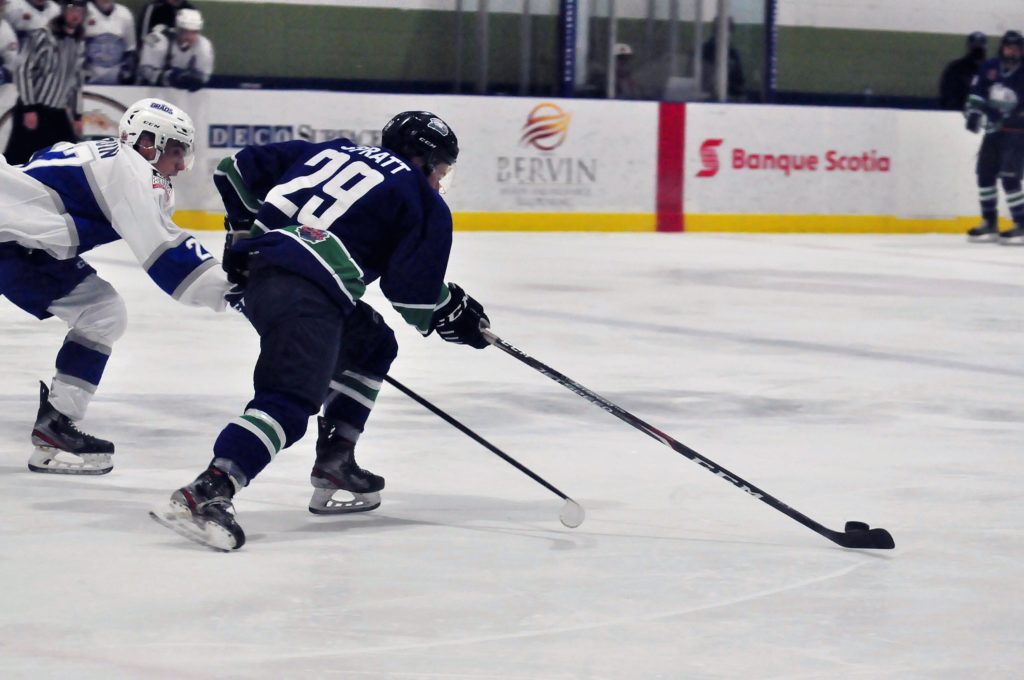 Hawks forward Josh Spratt streaks down the ice against the Navan Grads on Friday, November 12, in Hawkesbury’s 4-1 win at the Robert Hartley Sports Complex. On Saturday against the Renfrew Wolves, Spratt was named the game’s second star in a 4-3 shootout loss. PHOTO: BARRY GOUDREAU