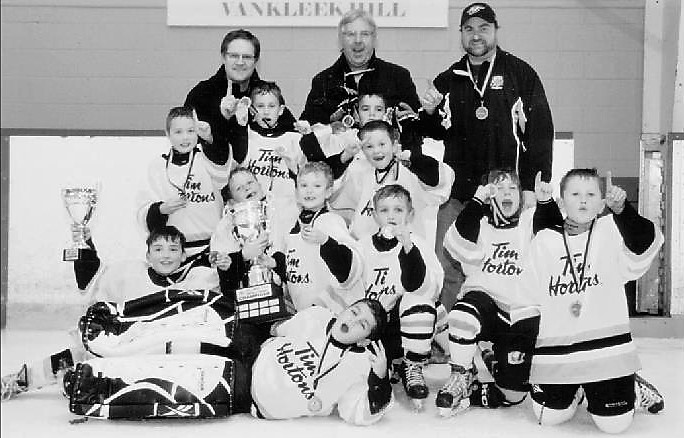 10 Years ago
Rodeo organizer appeals to OMB
The Review, November 16, 2011 – WEST HAWKESBURY – The organizer of a proposed rodeo event in West Hawkesbury is taking his case for a zoning change to the Ontario Municipal Board. The organizer appealed to Champlain Township for an OMB hearing after council decided this summer that a temporary zoning amendment would not be permitted on a parcel of land between Greenlane Road West and Sandy Hill Road.

25 Years Ago
School deemed “unacceptable”
The Review, November 20, 1996 – HAWKESBURY – Prescott-Russell MPP Jean-Marc Lalonde got an earful, and a sheaf of letters, when he visited Ecole publique Nouvel Horizon last Friday. The Liberal MPP promised pupils, staff and Prescott-Russell County Board of Education officials that their demands for a new school have been heard. Although the ministry has imposed a moratorium on construction, it has given permission for the construction of a new St. Jude’s English Catholic School on Highway 34 near Vankleek Hill.

50 Years Ago
Diane Mode wins Citizen Award
The Review, November 17, 1971 – VANKLEEK HILL – The culmination of this year’s work by 150 4-H members in Prescott County was the annual award night held last Friday evening at VCI. Diane Mode of Vankleek Hill was awarded the Ottawa Citizen Trophy for the highest member involved with the calf project. Ronald Vachon of St-Eugene was awarded the Corn Club Trophy and was also the winner of the CNE Shield.

100 Years Ago
Auto accident at Calumet ferry
The Review, November 18, 1921 – CALUMET – A serious auto accident occurred at the Calumet ferry on Monday evening last, when Mr. Labelle from Grenville was coming over to L’Orignal. While getting out of the ferry to the icy landing, the auto slipped sideways and turned over in the river, precipitating the four occupants into the water. Fortunately the water was low, but it was a hard job to raise the damaged auto from its watery position.

125 Years Ago
Thieves steal footwear
The Review, November 20, 1896 – VANKLEEK HILL – On Sunday night, a car at the Canada Atlantic depot was broken open by thieves and three pairs of boots and one pair of slippers stolen from the boxes of merchandise. Certain parties living in the village are suspected and should anything more of the kind be attempted they may find themselves in the warm embrace of the law.