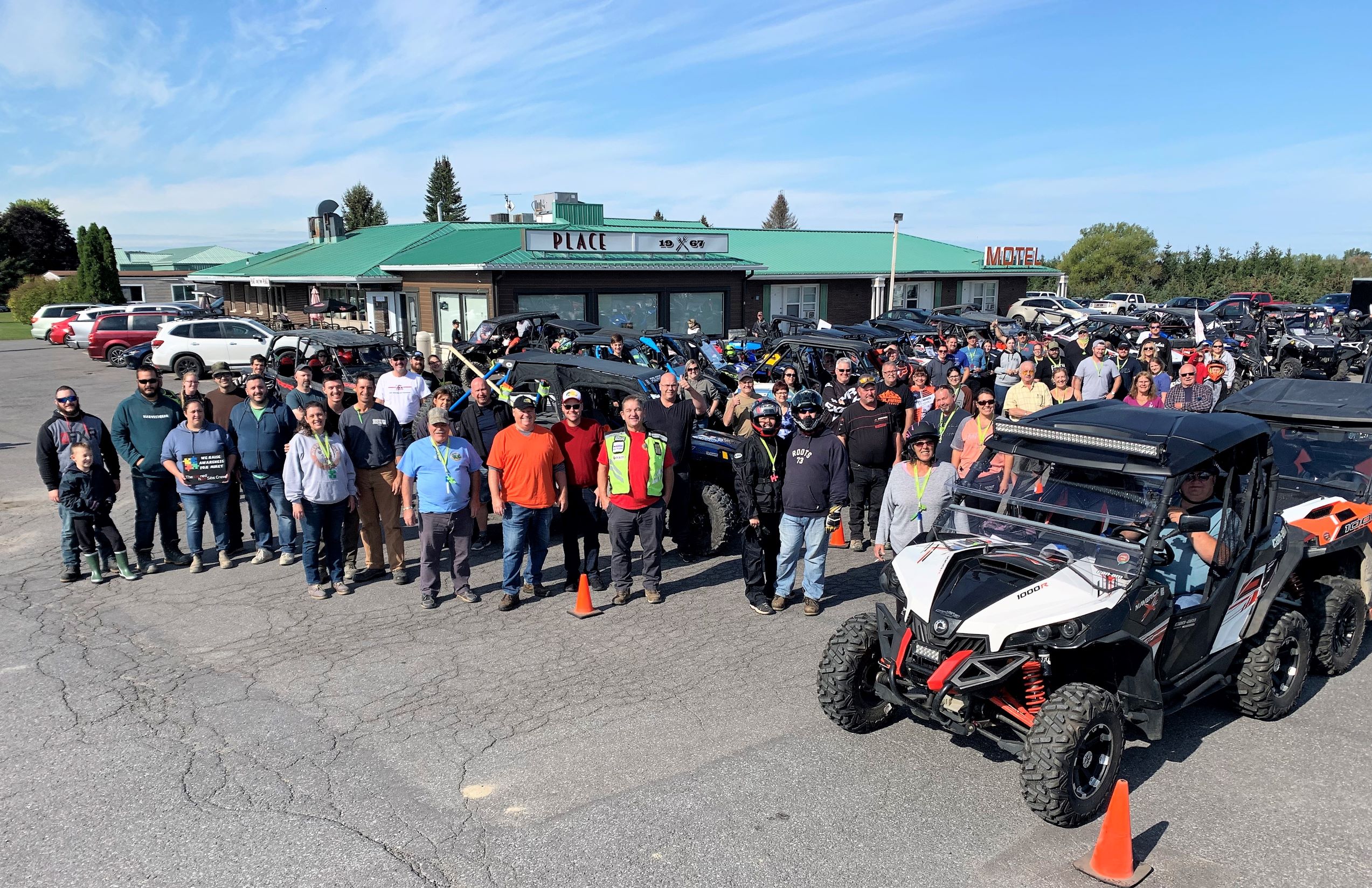 Participants in ASD Prescott-Russell United’s Off-Road Ride for Autism Ontario gather at Place 67 in Plantagenet after their ride this summer. The event raised raised more than $5,500 for Autism Ontario East Region. Submitted photo

Funds from event will go to Autism Ontario East Region. Paul Taylor, who coordinated the event with his wife Nicole, said the success of the event pretty much guarantees that a similar event will be held for snowmobilers this coming winter.

Saturday’s ride began and ended at Place 1967 restaurant and hotel on County Road 17 in Plantagenet, where all of the participants also gathered at the completion of their rides. From Place 1967 riders headed out onto the Eastern Ontario trails of the Ontario Federation of All-Terrain Vehicle Clubs (OFATV), located east of Highway 417.

The September 11 off-road fundraiser featured a scavenger hunt, as participants scoured the trails of Eastern Ontario (within the event perimeter), for landmarks and hidden bonus items, in order to gain points to win prizes. Scavenger tasks included raising a donation for Autism Ontario East Region, forming a group of riders and naming the group, creating a sign or flag (autism related) to show off to other participants, and taking pictures and creating posts on the group’s Facebook page throughout the day.

Maximum Powersports of Hawkesbury was the main sponsor for the event.