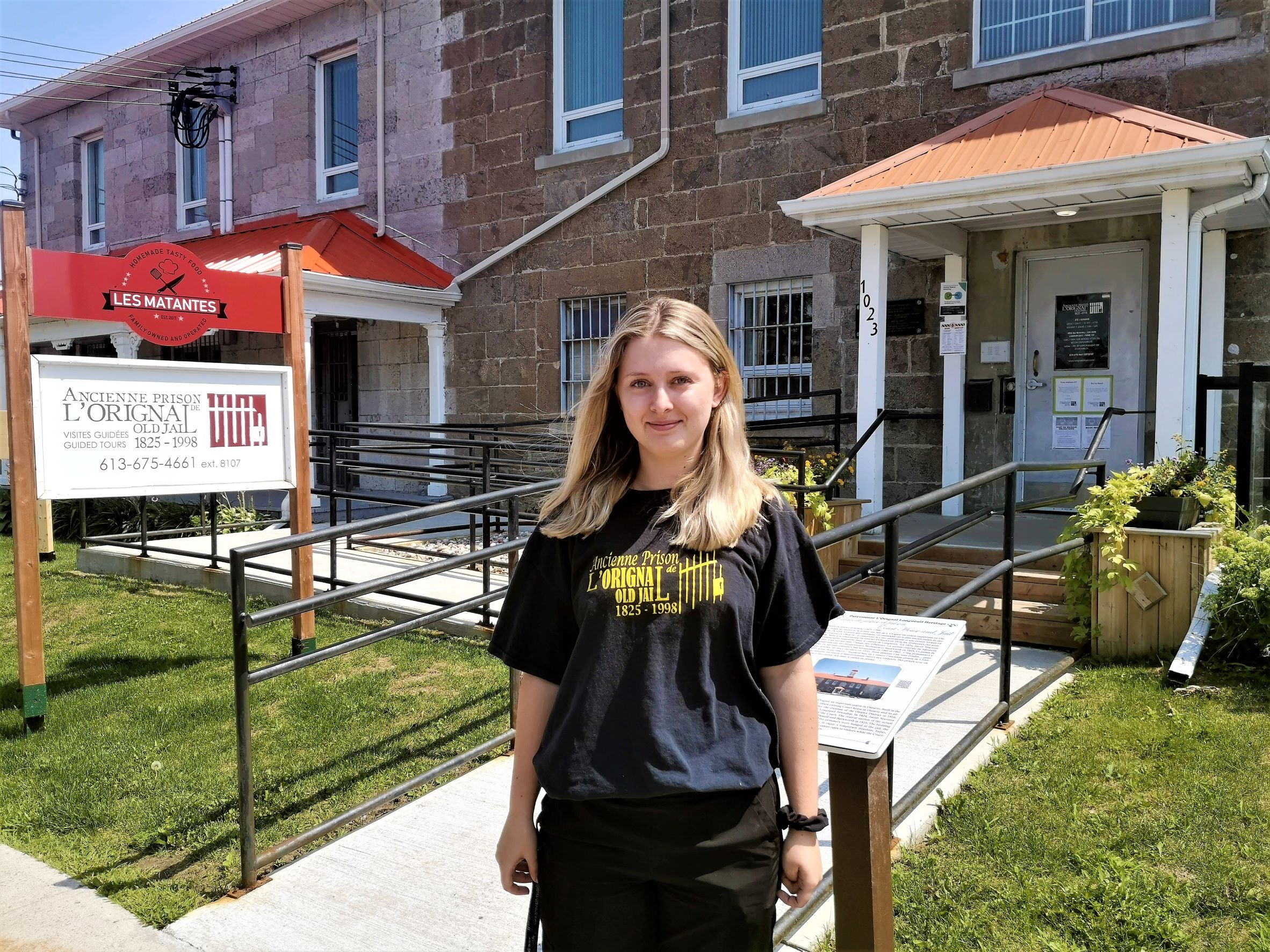 University of Ottawa student Audrey Normand is working her third summer as a tour guide at the L’Orignal Old Jail. Photo by Reid Masson

Tours of the L’Orignal Old Jail have been in high demand recently, even though the facility is open for visits by appointment only.

The jail, which was open from 1825 until 1998, has seen a steady stream of visitors since COVID-19 restrictions in Ontario were relaxed in early July. Tour-goers have come from all over Ontario and Québec, and many local residents have been participating in tours this year as well.

“It’s been crazy, because I think people are just happy to be getting out again,” says Audrey Normand, a summer student at the jail.

A resident of L’Orignal, Normand is working her third season as a tour guide at the Old Jail and the University of Ottawa Health Sciences student says 2021 has been her busiest year yet.

“This year because of COVID we have had to book by reservations,” Normand says, adding there are six spots available per day for one-hour visits. “All of the slots have been booked, booked, booked.”

Guests who show up at the door can also receive a tour, but only if there are no reservations already booked. Visitors can reserve a tour or other activities offered at the site by calling 613-675-4381, or by messaging through the L’Orignal Old Jail’s Facebook page at https://www.facebook.com/lorignalprison .

In addition to the tours, a number of activities are offered at the L’Orignal Old Jail, including the very popular escape games for families.

“It’s a lot of fun,” Normand laughs, noting the game includes a scavenger hunt, where participants have to solve puzzles and face other obstacles. “We lock you into the cell block and your goal is to escape the jail as if you were an inmate.”

New for 2021 due to the COVID-19 pandemic are outdoor games, including ‘Race against the clock in L’Orignal’, which invites families to use their cellphones to solve puzzles while on a walking tour of L’Orignal.

“Every location you go by has a number that matches to the alphabet and you have to come back with the password to win the game,” Normand explains.