10 Years ago
Howes family patriarch celebrates 100th
The Review, January 26, 2011 – It’s not every day that someone celebrates his or her 100th birthday, but when Lloyd Howes does it, he does it in style. Howes, who was born on January 22, 1911, on a property along Ridge Road near Routhier, arrived at his centenary last Saturday, surrounded by family, in a classic white limousine.

25 Years Ago
Alexandria rejects bid to can OPP proposal
The Review, January 24, 1996 – Alexandria Town Council has once again refused to reject a proposal to replace the Alexandria Police Service with an Ontario Provincial Police service contract. At it’s January 22 meeting, council voted down a motion to retain the existing municipal force. The OPP is proposing to service Alexandria at an annual cost of under $533,000. Police Chief Paul Deveau has estimated the municipal force cost the town $550,000 in 1995 and anticipates a similar price tag for 1996.

50 Years Ago
Coroner’s jury calls for ban on snowmobiles
The Review, January 27, 1971 – A coroner’s jury in L’Orignal called Tuesday for a ban on snowmobiles on all highways and roads in Ontario. The jury also recommended that snow machines be equipped with a neutral gear and with brakes equal to motor force. Richard Lariviere, 14, of Curran, died on Christmas Day after his snowmobile failed to stop before entering Prescott Country Road One, a half mile east of Curran.

75 Years Ago
VKH Horticultural Society in good shape
The Review, January 24, 1946 – The annual meeting of the Vankleek Hill Horticultural Society was held on Friday. The financial report showed a goodly balance on hand and it is hoped that a Flower Show may be planned for this year. Mrs. Jan McKinnon was elected President and A.G. Campbell was voted in as Vice President at the meeting.

100 Years Ago
Editor unimpressed by VCI Girls basket-ball
The Review, January 28, 1921 – Last week another of those many games of basket-ball were played. It may be a mistake to call these games ‘basket-ball’, but they go under that name and of course they are played by girls. Smack! Smack! And still the ball lay on the floor, while each centre with a scream caught her face as if it had been broken. However the game proceeded, and during the match several spectators who came late were wondering if the girls were foolish enough to use “rouge” before playing that game.

125 Years Ago
Fancy Dress Carnival at rink
The Review, January 24, 1896 – The first Fancy Dress Carnival of the season was held last Friday night in the Crystal Rink and was a very pleasant affair and entirely successful. The rink was handsomely decorated with evergreens, and brilliantly lighted with numbers of Chinese lanterns giving a very pretty effect. There were nearly 200 skaters on the ice, many of whom wore handsome and expensive costumes. 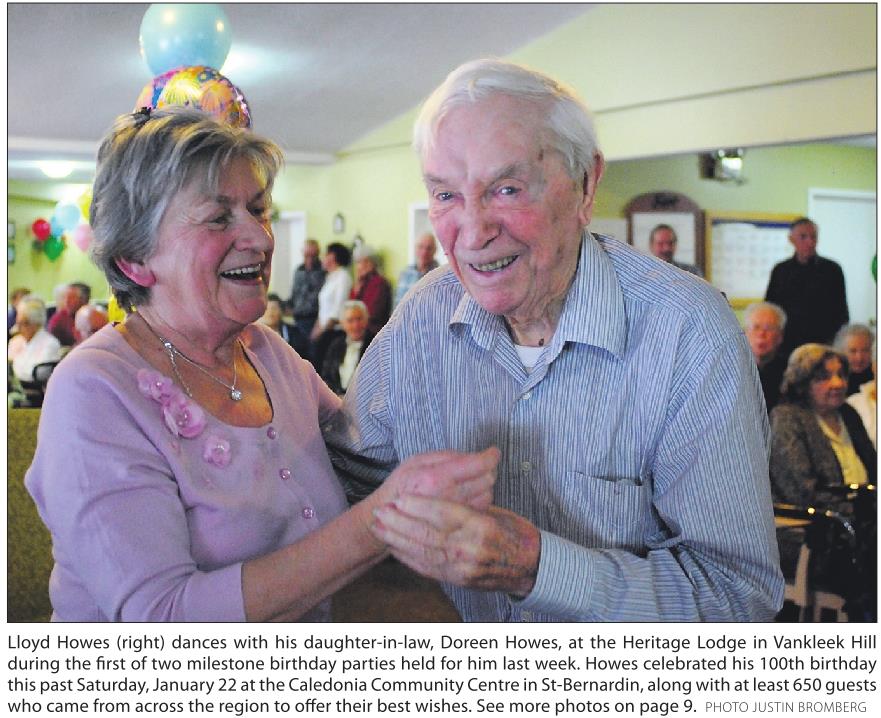 The above photo and caption are from the January 26, 2011, edition of The Review.