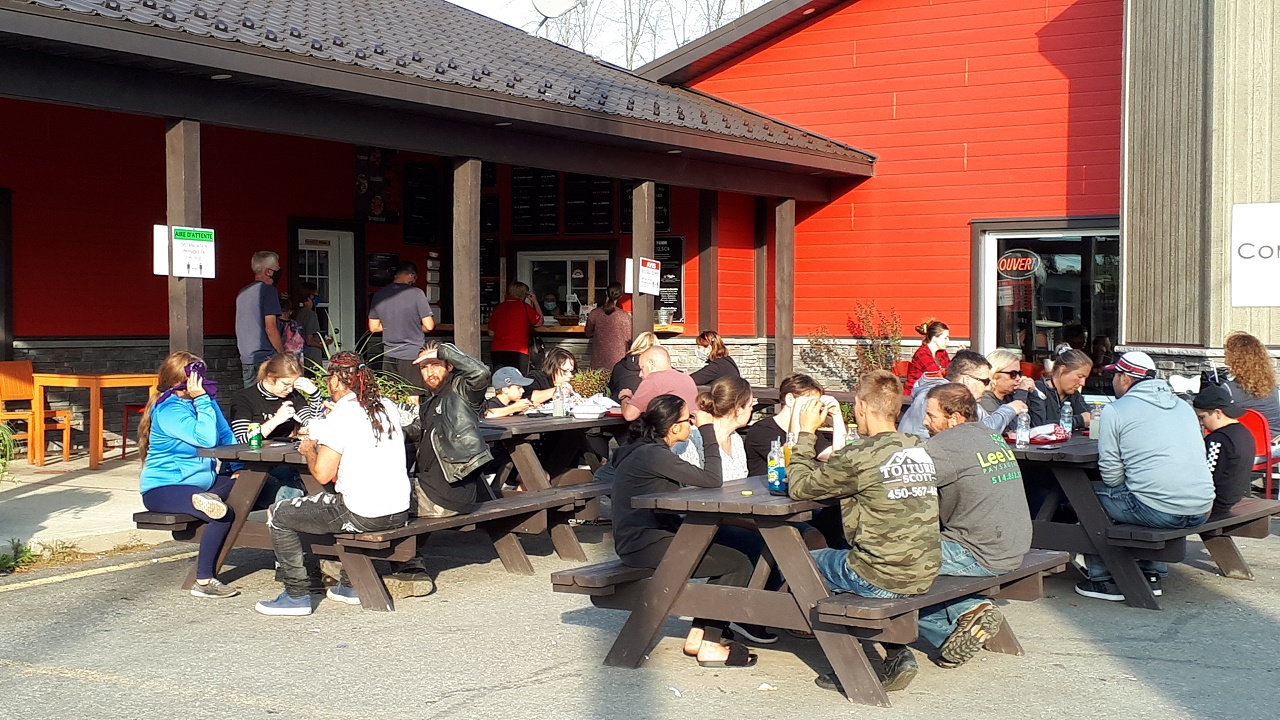 Angry customers throwing food resulted in the police being called and arrests made in Grenville on Friday, September 4.

Two male customers were at Fromage et Cie, known for its homemade cheese and gourmet poutine on rue Maple (Route 344) and become angry and violent when they were unsatisfied with a decision made by the management.

According to owner Nathalie Malo, the mask on one of the cook’s faces accidentally dropped below her nose, and she quickly repositioned it.  However, the two customers became concerned she would infect them with COVID-19.  There have been no outbreaks of COVID-19 connected with the business.

Malo intervened and offered to give the customers their money back.  They demanded cash but had paid by debit.  She declined their request and they became verbally abusive, including aiming insults at Malo.  She then gave them their order after which they each threw the bags containing the food at her head and arms.  The customers refused to leave so Malo called the Sûreté du Québec who arrived about 20 minutes later.  The two men were arrested, and Malo filed a formal complaint of assault.  Neither Malo nor any of her employees were injured during the incident.

“As a restaurateur, there is no law that obliges us to reimburse a dissatisfied customer, let alone accept verbal or physical violence,” she stated on Fromage et Cie’s Facebook page.

The two customers’ order was for $50 worth of food.  Malo has decided to double that amount and donate it to an organization in the region that works to prevent violence against women.

“They were very aggressive and violent,” Malo said about the customers.

She said that during the COVID-19 pandemic, she noticed that customers were showing more discontented behaviour in the spring, but less so in July and August, until Friday’s incident occurred.