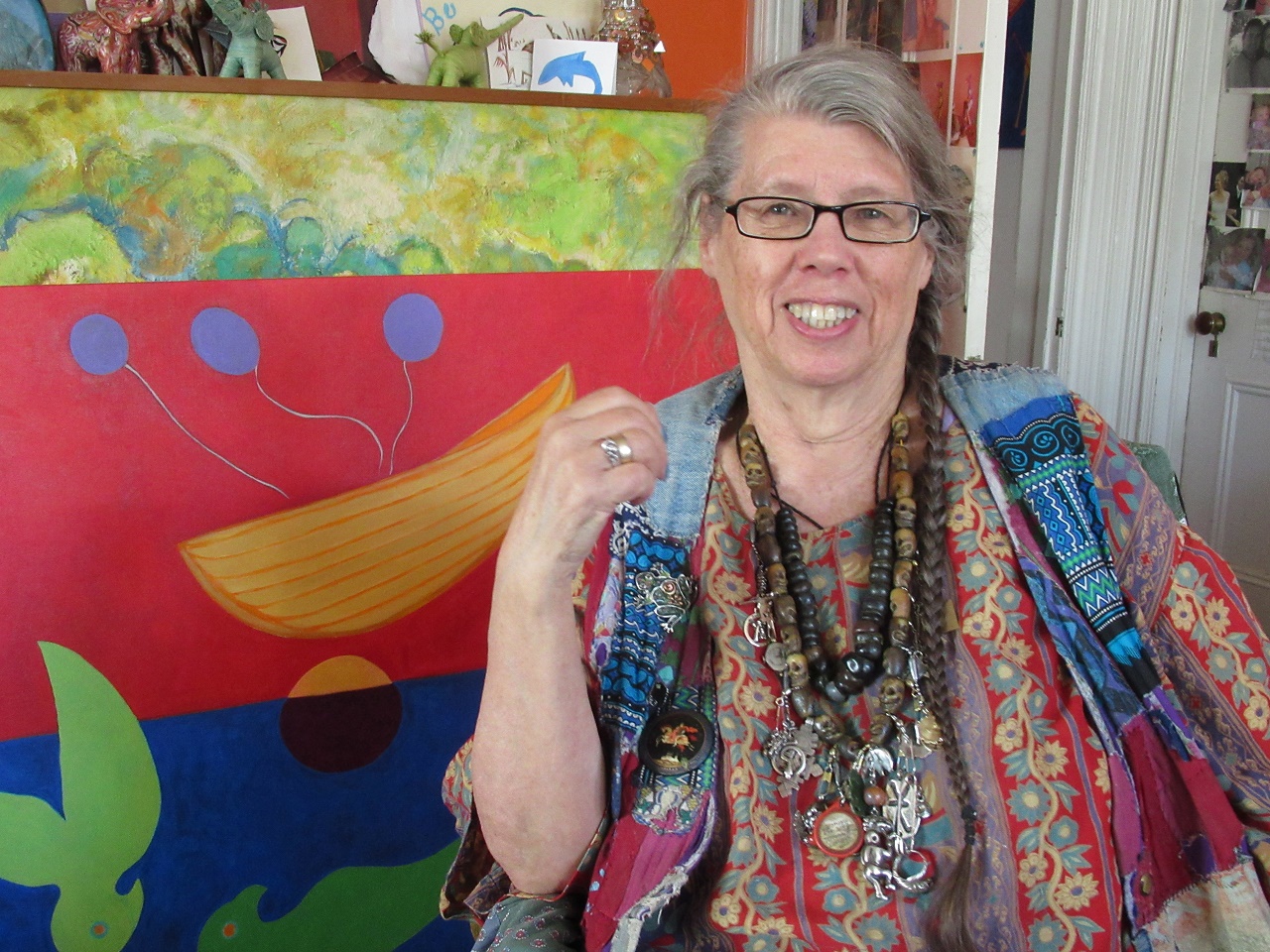 When she heard the comment “You don’t do things like most people do,” Susan Jephcott responded with an emphatic “I hope not!”  The Vankleek Hill artist defies her 81 years with a free spirit and expressive energy.

Jephcott was born and raised in Hudson Québec where she gained a love for nature through her father, who was a game warden for the Québec government.  She said she’s always been an artist and received her first set of oil paints when she was 12 years old.  She studied at the College des Beaux-arts in Montréal for two years and then the School of Arts and Crafts in Kingston, Jamaica.  She eventually returned to Hudson before settling in Vankleek Hill in 1977.  Since the late 1960s, her work has been featured all over Canada, the United States, and Caribbean countries.

“If I didn’t do my art, I’d go crazy,” said Jephcott about keeping active in her work as a senior citizen.  Her most recent shows were held through an online gallery in Hudson in February and at a gallery in Ottawa in the fall of 2019.

“I guess if you’re an artist, you don’t ever retire,” she said.

Jephcott’s old home on Main Street in Vankleek Hill serves as her gallery and studio.  Evidence of her art is everywhere.

“My only concern is I won’t get all of my projects done before I go,” she lamented.

Jephcott’s artistic influences are impressionism and expressionism, and great names of the past like Gauguin, Van Gogh, and Chagall.  She has also just completed her second book (The Whiskey Cat), which will be for sale shortly. Her previous book was called, “The Tangerine Cat.”

Over the decades, Jephcott’s interests and art have also drawn her into activism.  She does not hold back when it comes to opinions on contemporary issues.  A strong supporter of indigenous people’s rights, during the Oka crisis in 1990, she raised money for the legal defence of the Mohawks in Kanesatake.  In protest of the treatment of indigenous people by the Canadian government, she opposed the 150th anniversary of Canadian confederation in 2017 by creating a sculpture called Red Canoe versus Purple Canoe, which was displayed at Vankleek Hill’s Arbor Gallery.

Jephcott is always planning her next statement in art and is working on more things for the months ahead.