Grenville barber has been cutting hair for 65 years 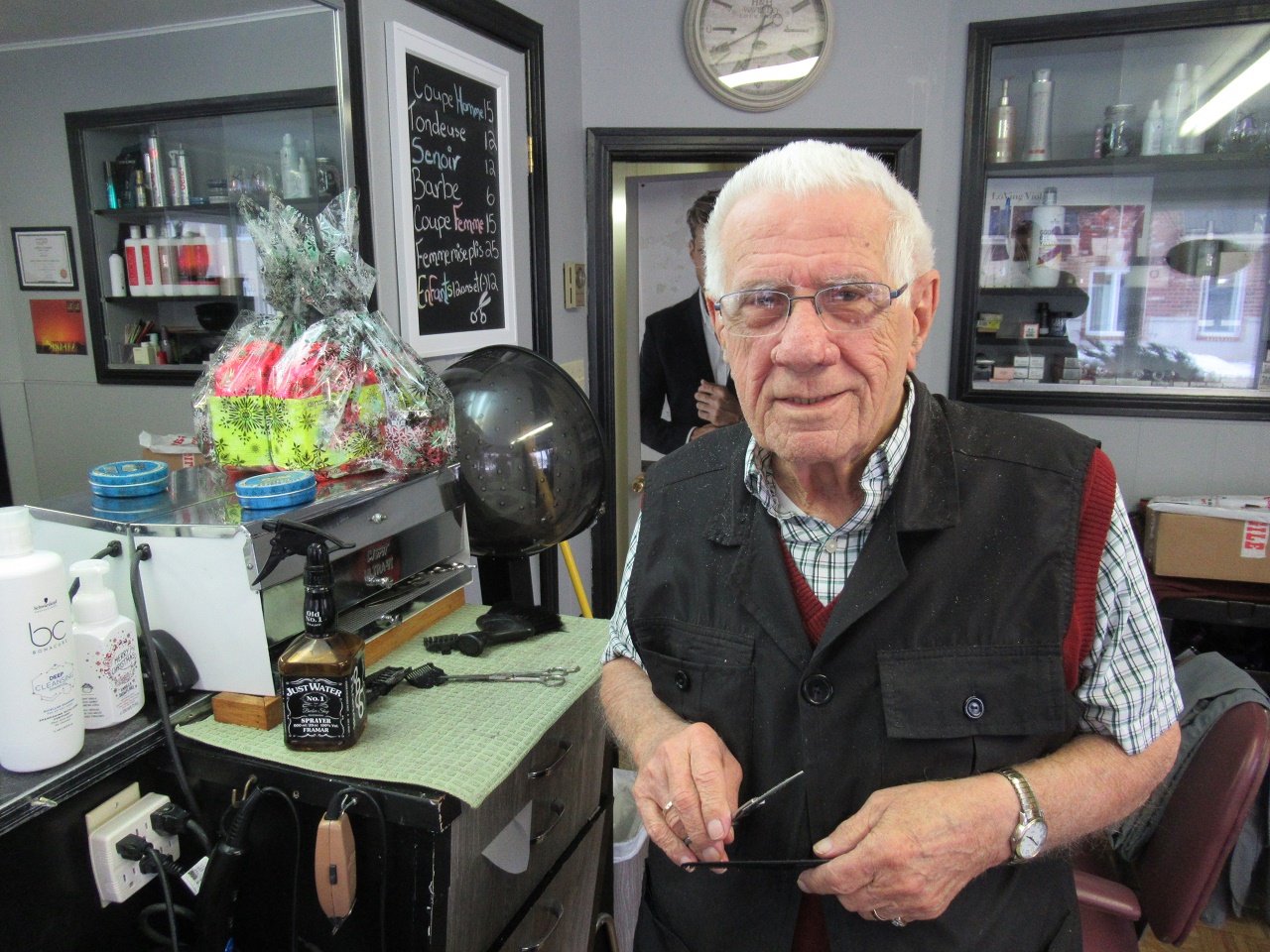 Cyr’s career as a barber began back in 1955 when he took a one-year barber’s course at the École des matières commerciaux, a business school in Montréal at the corner of rue Sainte-Catherine and rue St-Denis, which is today the site of the Université du Québec a Montréal (UQAM).

After completing his training, Cyr was a barber in Hawkesbury, first at Hubert Patenaude’s shop, and then at the Royal Hotel.  Later, he had a shop in the Hawkesbury Centre and then on Rue Maple in Grenville.

Cyr retired in 2007, but by 2012 he was cutting hair again, this time at the present location in Grenville, which was known as Barbier Yvon until 2019.  He’s usually in the shop every Thursday.  A loyal customer base has developed over the decades too.  Cyr said he has customers who drive from Rockland and Orleans to get a haircut from him.

When Cyr became a barber, Elvis Presley’s career was just starting, Maurice Richard’s suspension from the Montréal Canadiens caused riots, and boats still went through the Grenville Canal to bypass the Long Sault Rapids.  Men’s hairstyles were a lot simpler too.  However, Cyr said cutting hair was more complicated sometimes in the past because there was not the variety of electric clipper attachments like there is today.

In the 1960s, men’s hairstyling became varied.  Crew cuts and brush cuts became less popular, and by the 1970s men were getting perms.  Unisex hairstyling has changed the market for what customers want.

He has no deadline to quit cutting hair part-time.  Aside from a few hours a week behind a barber’s chair, Cyr is active with the Fassett Club d’age d’or with his wife, Manon Laniel.