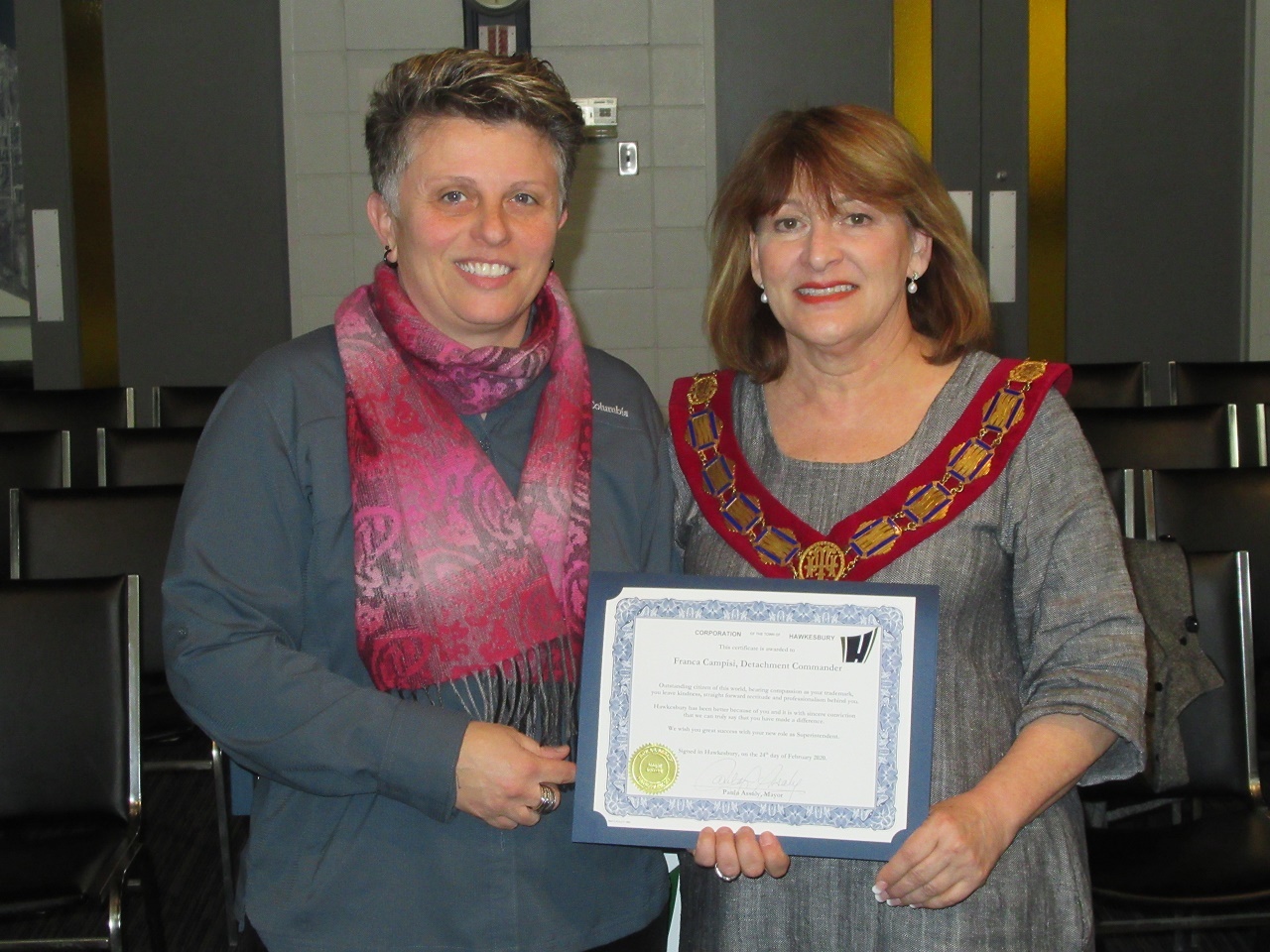 OPP Inspector Franca (Frankie) Campisi, left, was presented with a certificate of appreciation and gift by Mayor Paula Assaly, right, for her service as Hawkesbury OPP Detachment Commander since 2016. Campisi has been promoted to Superintendent and is being transferred to London. Photo: James Morgan

Hawkesbury’s top cop is moving onto another role.

Inspector Franca (Frankie) Campisi, who has served as the Ontario Provincial Police (OPP) Detachment Commander in Hawkesbury since 2016, has been promoted to Superintendent and will be now serving as Director of Operations at the OPP West Region Headquarters in London.

Campisi attended the February 24 Hawkesbury town council meeting and was recognized for her service to the community.

Councillor Robert Lefebvre, who also serves as Chair of the Police Services Board, said he always noticed her passion and human element.

“That enthusiasm has filtered down to your personnel,” he added.

Lefebvre said Campisi was instrumental in establishing the local situation table project where the OPP and representatives of health, social services, and community organizations meet bi-weekly to discuss challenges facing the community.

Campisi temporarily served as a superintendent at OPP East Region Headquarters in Smiths Falls in 2019 before applying for the West Region position.

“Thank you so much for accepting me in your community.  Now I’m leaving a place that I love that I believe in,” she said to council, adding that she knew there would be challenges when arriving in Hawkesbury but gained an appreciation for the community and people.

“Hawkesbury will always be a place where I knew I grew as a person,” she said.

Mayor Paula Assaly presented Campisi with a certificate and gift in appreciation for her service in Hawkesbury.

Originally from Toronto, Campisi began her career with the OPP in 1994.