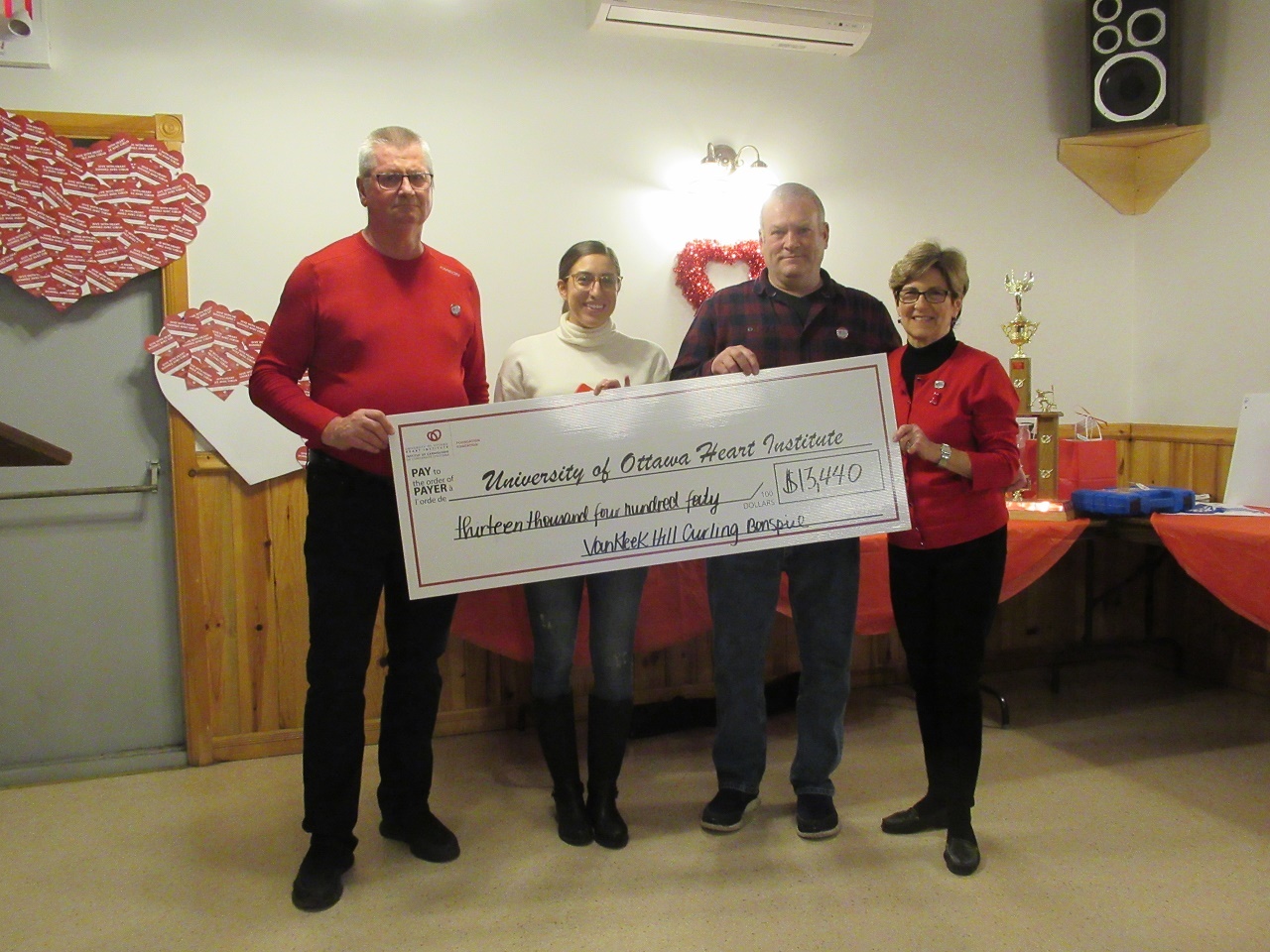 The fifth annual bonspiel for the University of Ottawa Heart Institute took place on Saturday, February 8 at the Vankleek Hill Curling Club and raised $13,400 for the facility, which provides state-of-the art cardiac care to residents of eastern Ontario.

All donations from the Vankleek Hill bonspiel are matched dollar-for-dollar by an anonymous donor, which means the event has actually raised $26,880 this year.  Over the past five years, it has raised $66,575 altogether.

Heart Institute President and CEO Jim Orban described the facility’s role as one of Canada’s leading providers of transplants and angioplasty.  Researchers at the institute have recently developed a vest that patients wear that allows for their hearts to be re-balanced.  Another new development is a method for heart regeneration using collagen.

The latest expansion to the facility will open later in 2020.  The Heart Institute is currently located at the Ottawa Civic Hospital campus, which is planning to relocate in the coming years.  Orban said the Heart Institute plans to stay at its current location until at least after 2030.

Curling Club President Rosemary Devenne noted that this year’s Heart Institute bonspiel took place during the club’s centennial year.  Celebrations for the 100th anniversary are still being organized for a later date.

The event is co-organized by curling club members Bruce MacNaughton and Pitt Paquette.  Orban presented them with a plaque on behalf of the institute in recognition of their dedication over the years.

Along with the funds raised from team entries and donations accepted throughout the day,  $4,700 was raised through donations from the estate of the late Normand Wray, Caisse Populaire Desjardins Hawkesbury, the Vankleek Hill and District Lion’s Club, the Hawkesbury branch of the Royal Canadian Legion, and Groupe Schwaar-Yelle/Desjardins.

Marion Martell, originally of Vankleek Hill and now of Manotick, attended the bonspiel.  Through her years of volunteer work for the University of Ottawa Heart Institute, she has helped raise more than $1 million for the facility. 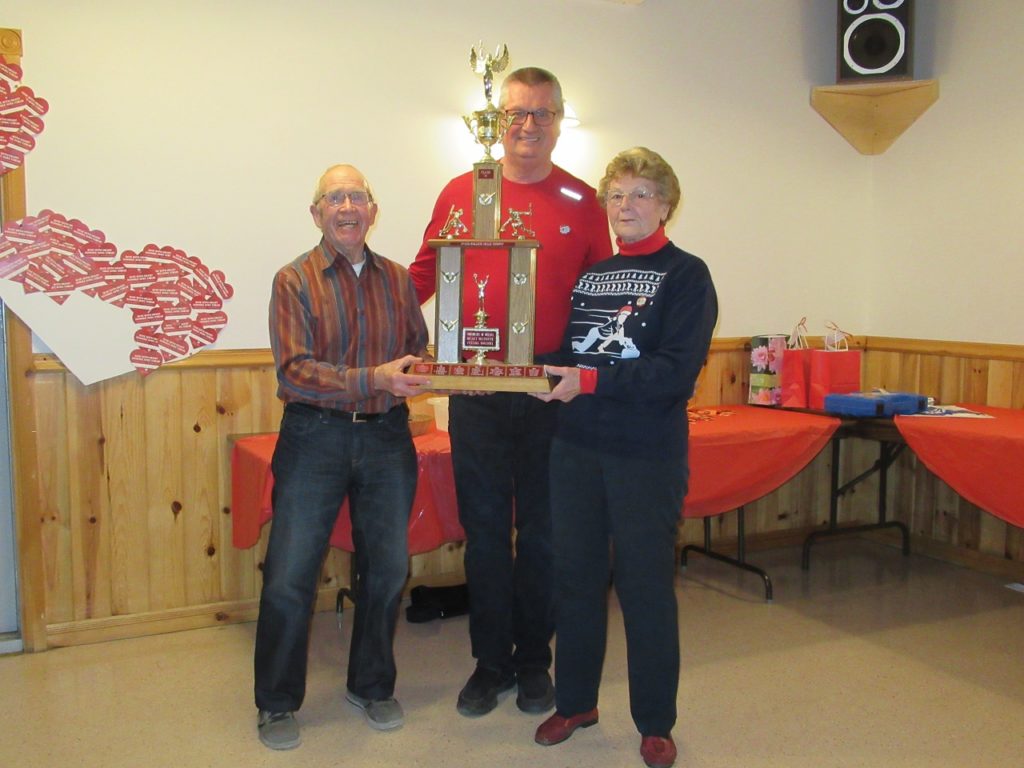 Ron Duncan, left was the skip of the winning team. Pitt Paquette, centre, presents him with the trophy. At the right is Vankleek Hill Curling Club President Rosemary Devenne, who also played second on Duncan’s rink. Photo: James Morgan