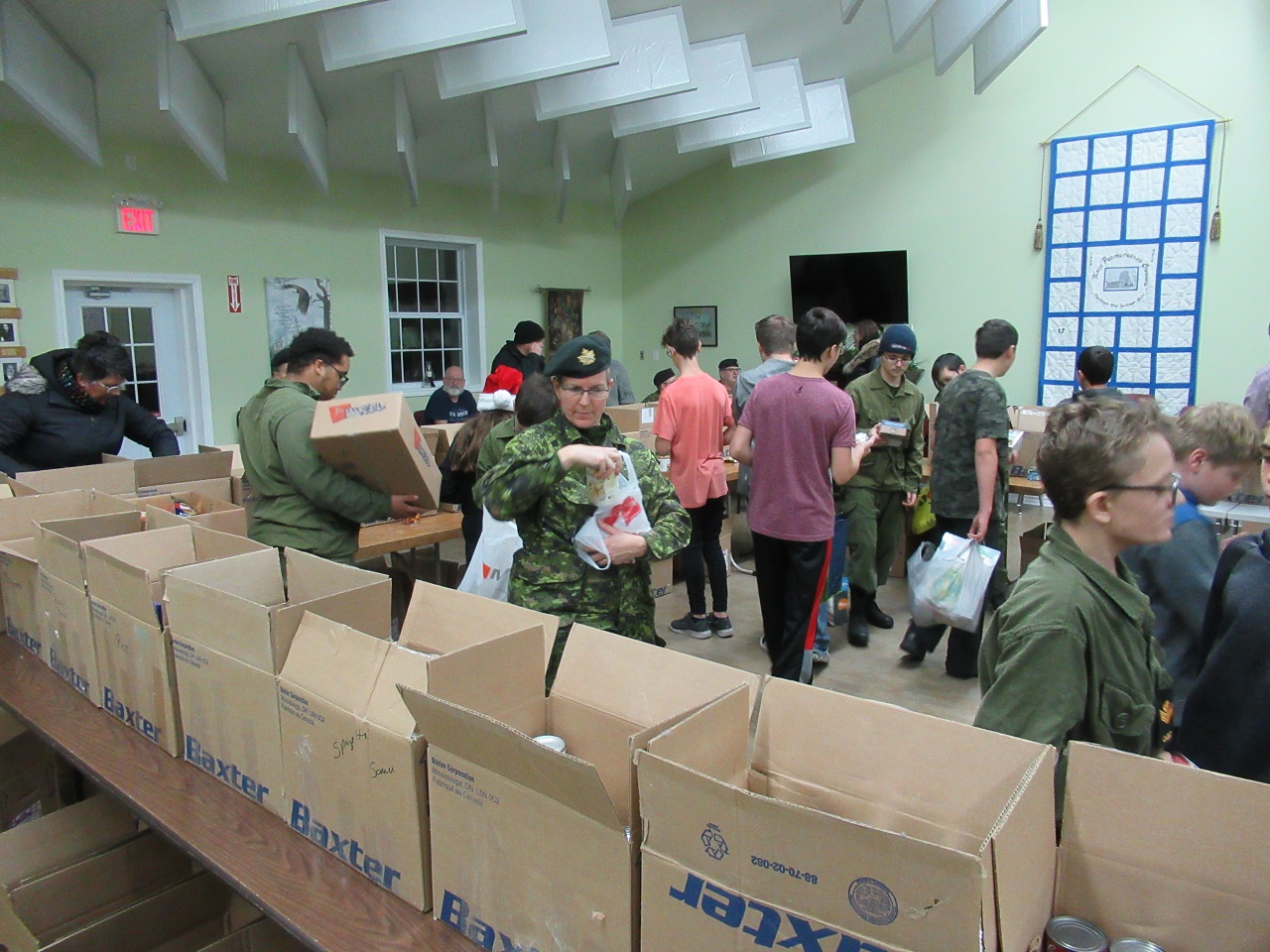 A recent survey by the Eastern Ontario Health Unit (EOHU) shows that it costs more to put food on the table in Prescott-Russell and Stormont, Dundas, and Glengarry counties than it did in 2018.  The survey revealed that it costs $919 per month to feed a family of four with healthy food.

EOHU data also shows that one in seven families in eastern Ontario experiences what is called food insecurity, or not having enough money to buy food.

Statistics like these are also reflected in local food bank usage, although each food bank keeps statistics differently and limits the information they collect or share to protect client confidentiality.

For the Hawkesbury Central Food Bank, a complete set of statistics is currently only available for 2018.  However, Manager Stephanie Bierema recently said an average of 200 to 300 people use the food bank during the winter months.  In January 2018, 204 adults used the food bank, and 275 adults did in February of that year.  For January 2018, 52 of the users were children under the age of 18 and 122 children used the food bank in February 2018.  Out of the January 2018 users, 64 per cent relied on the Ontario Disability Support Program and 26 per cent on Ontario Works (welfare).  An additional 10 per cent of Hawkesbury users relied on employment or no income in January 2018.  The amount for February of that year was 13 per cent.

The December statistics for Hawkesbury include Christmas basket recipients.  In December 2018, 472 people used the facility.  Volunteer and organizer Robert Lefebvre estimated that use for December 2019 was ranging from 350 to 425 people.

Lefebvre said that the food bank is always available to assist people with emergency needs when it is closed.  He said first responders in Hawkesbury are aware that they can help people get food and clothing in emergency situations during the night or holidays.

The Vankleek Hill Food Bank is located at Knox Presbyterian Church, but the Reverend James Douglas is quick to emphasize it is a completely non-sectarian facility.

“We just feed the hungry,” he said.

In 2019, 12 single people, mostly men have used the food bank.  Seven couples have visited the facility, and 17 families that include 44 children.  For this year’s Christmas baskets, 63 singles and families registered, which the Reverend Douglas said is approximately 20 fewer than in 2018.

Through the Book on Every Bed campaign at the Champlain Township Public Library and the gift tree at Nicko’s Resto-Bar, 67 local children will receive gifts this Christmas.  Not all of the recipients are children of regular food bank clients but could be from families experiencing extra financial distress during the holiday season.

In addition to the regular food bank functions, the Vankleek Hill Food Bank also collects cash donations in support of the breakfast programs at Pleasant Corners, St-Grégoire, and Laggan schools.

Terry Tuppert, who manages the St-Vincent de Paul Food Bank in Alexandria, also spoke of the large number of single adults who use that food bank and noted that families with two or more children only account for approximately 15 per cent of users.  Tuppert said it is most challenging for people on some form of social assistance who could only be receiving $700 per month to have enough food once they have paid for rent and utilities.

Approximately 220 households registered for a Christmas basket this year, but that number could reach 235 because walk-in requests usually occur.

“It’s second to none,” is how Tuppert described the support the food bank receives from individuals, organizations, and businesses in Glengarry County.

“We’ve never had to turn anybody back,” he said.