Bail Out of Jail event in support of the HGH Foundation 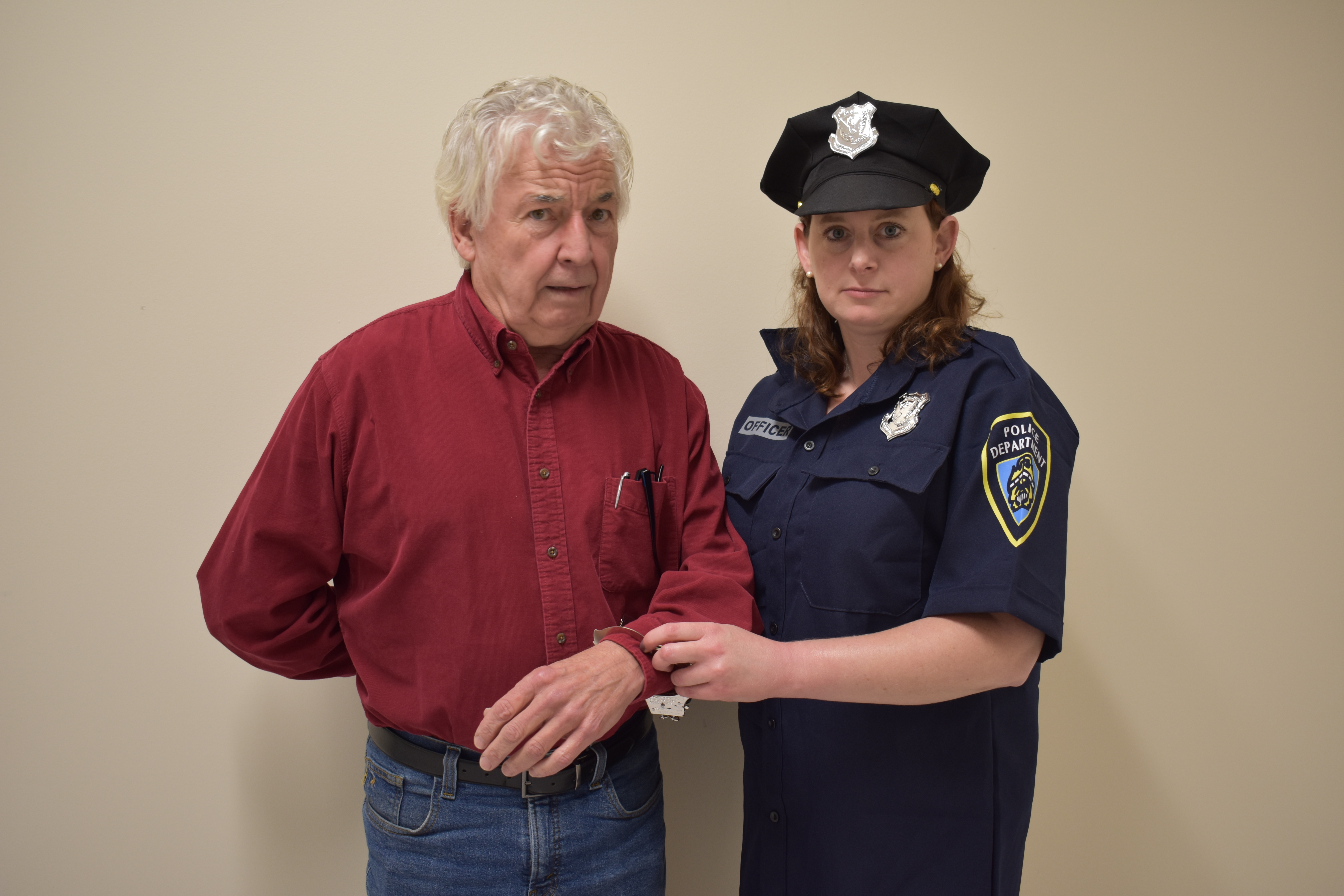 Dr. Jean Fairfield getting “arrested” for the cause

The Hawkesbury and District General Hospital (HGH) Foundation has announced its next event – BAIL OUT!

Several leaders of the community will be “arrested” from now until Wednesday, November 6, 2019.  Among them are Hawkesbury Mayor Paula Assaly, Dr. Jean Fairfield and Pierre-Luc Byham, Executive Director of the HGH Foundation. Individual bails will be set at $750.

“This is the second time the HGH Foundation is holding a Bailout event”, explains Pierre-Luc Byham, Executive Director of the Foundation. “The concept is simple: leaders of the community are “arrested” and must raise their bail money by contacting their network of friends and family members in order to be released from jail. All the proceeds go to a charity; in this case, the HGH Foundation”, adds Pierre-Luc Byham.

All profits from this event will allow the Hawkesbury and District General Hospital to provide expanded clinical and regional programs, and state-of-the-art equipment and technology to its patients – items that are not funded by the government.

The Foundation invites you to join them at the L’Orignal Old Jail on November 6 from 8:30 a.m. to 6:30 p.m.. Donations can be made directly with a participant, in person at the jail, and online at Hgh.ca/Foundation/Events/Bailout. Plus, while you visit a prisoner, why not get a guided tour of the jail?

Follow the event on its Facebook page “Fondation HGH Foundation” and on the website at Hgh.ca/Foundation. Register as a “prisoner” or help bail out a friend in support of your regional hospital.