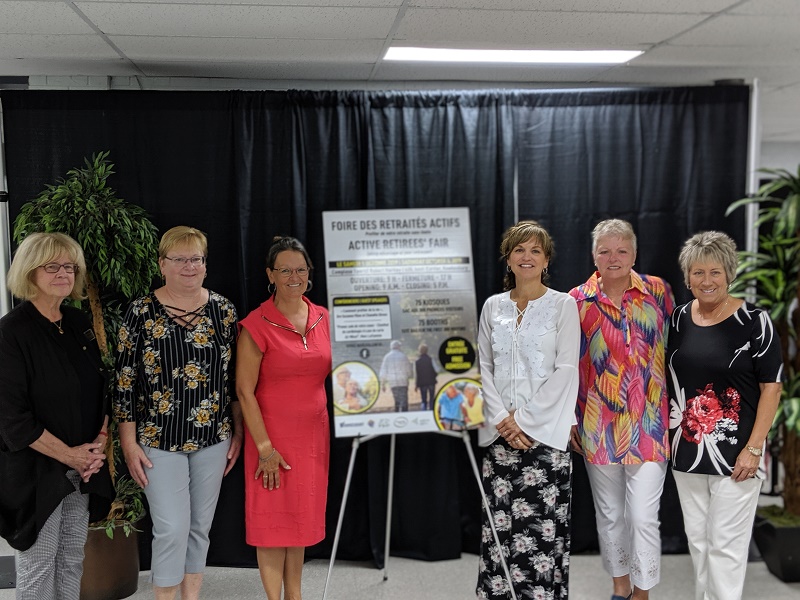 Retired people often say they are busier than when they were working.  An upcoming event in Hawkesbury is meant for that kind of retired person.

The first Active Retirees’ Fair will take place on October 5 at the Robert Hartley Sports Complex.

Holding the fair was the idea of Johanne Portelance, who served on Hawkesbury town council until 2018.  She has assembled a six-member volunteer committee to plan the event.

Portelance said 2016 census figures show more than 5,000 people aged 50 to 84 living in Hawkesbury alone and that the numbers would be higher if nearby communities were included.  She added that 50 per cent of the population in Prescott-Russell, and Glengarry counties is aged 45 and higher.

The fair will feature 75 exhibit kiosks from various businesses, community organizations, and government agencies that provide products, activities, and services to retired people.  For example, the Ontario Provincial Police will be there providing information on safety and avoiding scams, nutrition and fitness businesses will be offering their opportunities for the health-conscious, and cultural organizations and clubs will provide information on how to volunteer.

A program of conferences is also scheduled for throughout the day.  Topics range from heart health to preventing identity theft, and mobility scooter safety.  Guest speaker Dr. Suzanne Filion will give a talk titled “How to profit from life.”  The display kiosks are bilingual, but the conferences are offered only in French.  However, audience members may ask questions in English and organizers are planning to expand English-language programming next year.

Admission for the Active Retirees’ Fair is free and it will be open from 9 a.m. to 5 p.m. on October 5 in the multi-function room on the lower level of the Robert Hartley Sports Complex in Hawkesbury.