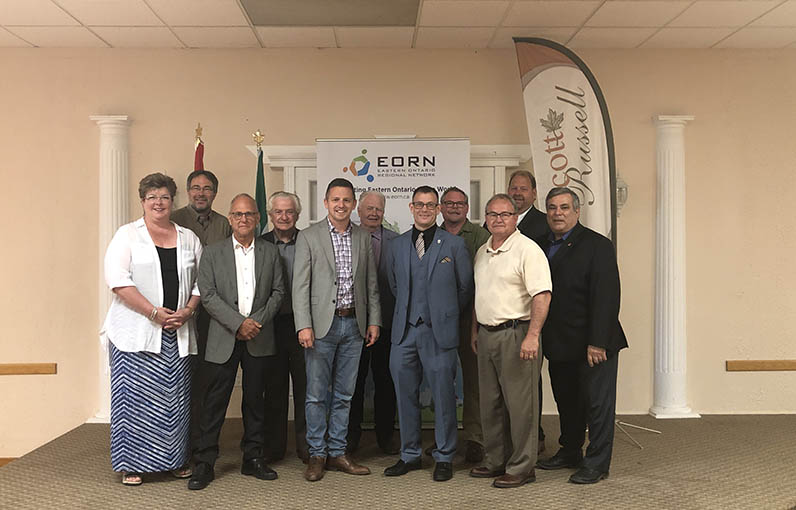 The federal government will contribute up to $71 million to this project under the Rural and Northern Infrastructure Stream of the Investing in Canada Infrastructure Plan. The Ontario government will provide $71 million and the Eastern Ontario Wardens’ Caucus (EOWC) will provide $10 million towards the project, with private partners investing $61 million, bringing the total value of the project to $213 million.

Once completed, the project will improve mobile coverage for over 1.1 million residents in 102 communities in Eastern Ontario. The new network will allow businesses to grow and reach new markets, with a potential to create more than 3,000 full-time jobs over ten years. For residents and families, extended mobile coverage means better access to mobile applications on a smartphone or tablet. The improved connectivity will also make it easier for people in remote areas to call for help in emergency situations.

How does this affect local internet service providers? The Review contacted IGS and Total Telecom for comments.

IGS General Manager Jamie Bogue says, “We support improvements to Eastern Ontario’s cell networks, many places need improvements badly, especially for safety reasons. We are, however, concerned that this is more government money going to our competitors. We are not eligible for monies from this fund as we don’t operate a mobile network (who else besides the big guys do?).”

“Furthermore,  the technology being deployed for this cell gap project can be used for both mobile and fixed wireless access, which means it can be used to directly compete with our wireless operations. We have voiced our concerns to EORN but have not received a response. Unfortunately this is a continuation of policies that favour large corporations over small and medium sized businesses,” Bogue added.