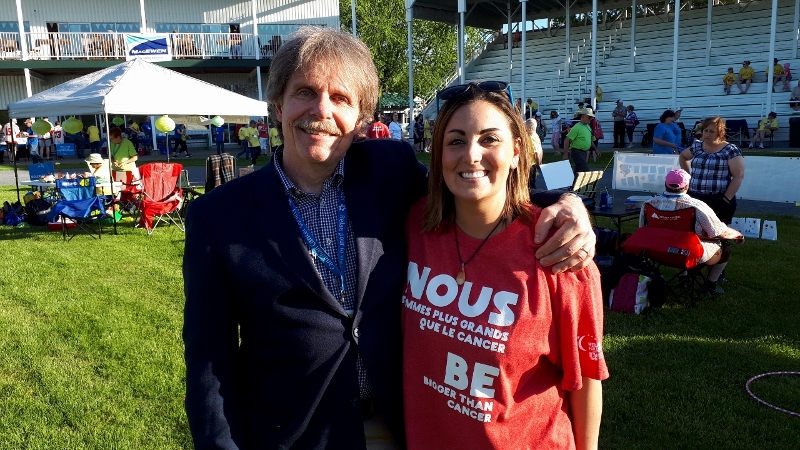 For Dr. Doug Gray, cancer research is clearly a personal passion.  Gray is a researcher at The Ottawa Hospital Research Institute (OHRI) and a Professor of Biochemistry, Microbiology and Immunology at the University of Ottawa who specializes in lung cancer.

Gray was in Maxville on June 7 and attended the opening ceremonies of the Relay for Life fundraiser for the Canadian Cancer Society.

He said that the work being done in Ottawa by himself and his colleagues on cancer development and treatment is leading the way in the field.

“Our region is really at the forefront,” said Gray.

Governments and health organizations have been trying to get people to stop smoking for decades, and Gray said those efforts were working until some governments stopped increasing tobacco taxes or decreased them.

He said another unsettling trend is that lung cancer is increasing in women who have never smoked.

Gray explained that the incidence of lung cancer is unevenly distributed among socio-economic groups.  He said it tends to affect people with lower incomes and that higher tobacco taxes would discourage people from smoking.

According to the Ottawa Regional Cancer Foundation, 6,000 new cancer cases are diagnosed each year in Eastern Ontario and 30,000 people are undergoing cancer treatment.