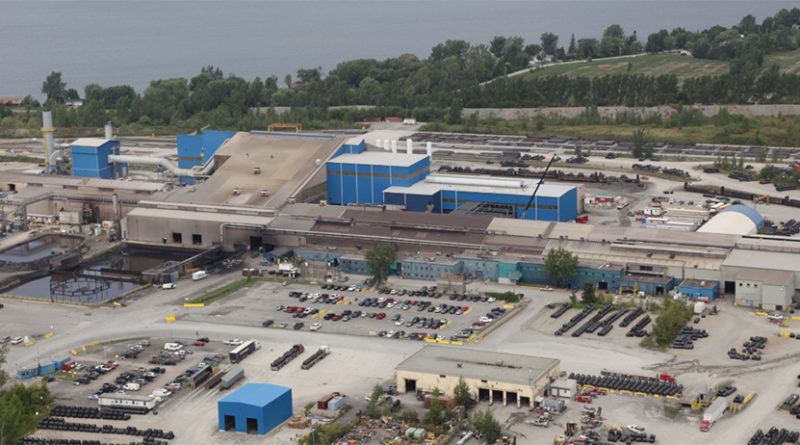 The Member of Parliament for Glengarry-Prescott and Russell was speaking about steel recently.

On May 12, Francis Drouin stated that following permanent layoffs at Ivaco Rolling Mills in L’Orignal, the Minister of Finance and the Canadian International Trade Tribunal (CITT)—which oversees international trade disputes, need to take action against the so-called Section 232 tariffs the Trump administration has placed on Canadian-made steel entering the United States.

Drouin wants Finance Minister Bill Morneau to implement permanent safeguards on wire rod or measures similar to safeguards on the product until the US lifts the tariffs.

Wire rods are one of the primary steel products manufactured at Ivaco.

Drouin argued that the safeguards would stabilize the steel market.

“Provisional safeguards allow for historical amounts of steel to be imported tariff-free,”explained Drouin, who was involved in advocating for temporary safeguards in 2018.

Past import/export statistics are used to set a limit on the amount of steel that can be imported tariff-free.  Once that amount is reached, tariffs are again applied.

According to Drouin’s statement, Ivaco has made its case for provisional safeguards before the CITT but was only allowed to advocate for them based on market statistics from before July 2018.

Drouin noted though that provisional safeguards are only temporary.

On April 3, the CITT wrote the Department of Finance and recommended permanent safeguard measures, but not for wire rod.  On April 4, Drouin wrote to the Minister of Finance expressing concerns with the CITT recommendations.

Drouin’s concern with the recommendations is that they were not based on up-to-date market information.

“It made a recommendation with market data that was already obsolete,” Drouin stated.

The CITT recommended to the Department of Finance that Canada can implement safeguard measures on two other varieties of steel products without facing trade consequences from other countries.

Drouin said the latest market information is clear, and that other countries have begun or increased their wire rod exports to Canada during the past year, which has resulted in layoffs at companies like Ivaco.