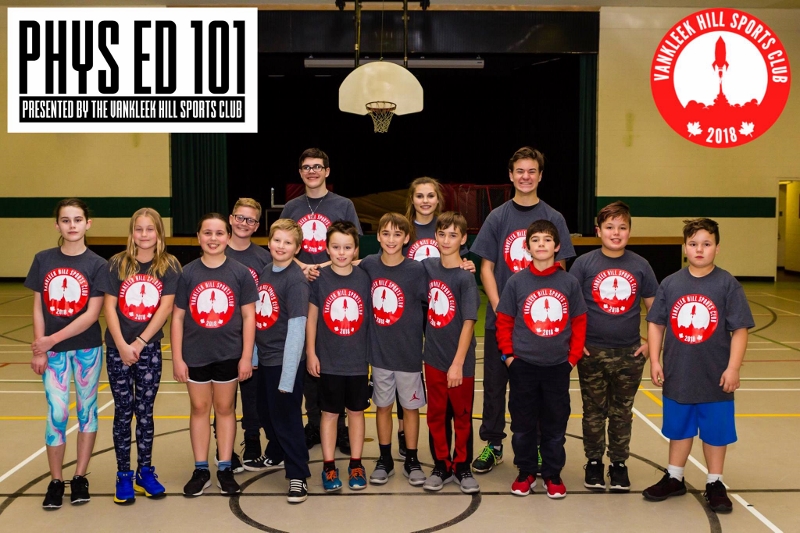 The mission of the Vankleek Hill Sports Club is simple.  Promoting sport in Champlain Township.

The club began in September 2018 under the leadership of Jason and Deborah Jackson of Vankleek Hill.  It is a not-for-profit organization that took over from the former Champlain Minor Sports organization that operated with help from the township.

One of the more recent projects of the Vankleek Hill Sports Club was Phys-Ed 101.  It was designed to introduce youth to a variety of sports that are not necessarily covered in as much depth in regular school physical education programs.

Jason Jackson said the level of skills being developed in school phys-ed programs is not as strong as it used to be.

“I try to bring in someone from the community who specializes in the sport we’re teaching, he said, explaining that he has, and will bring in local experts who can explain techniques and skills to participants.

The club has also held youth dances at Vankleek Hill Collegiate Institute and the community centre.

During the cooler, wet weather, sports club activities are focused on indoor sports and generally happen inside the gym at Pleasant Corners Public School.  However, for the rest of spring, soccer starts on May 15, and then baseball will follow during the summer months.

Deborah said a “year-end extravaganza” celebration is being planned for participants, their families, and possibly even the broader community.

The intention of play in the Vankleek Hill Sports Club is not to introduce competitive, league play, but rather to introduce young people to sports and develop their skills.  However, the club does supply local teams to the Glengarry Soccer League.

“We need to develop a community,” he said.

It costs $15 per year (September to August) for a membership in the Vankleek Hill Sports Club, which includes a t-shirt and insurance costs.  To participate in each additional program, the cost is $30.

The club operates with some sponsorship support, and support from Champlain Township.

Registrations are still open for the summer baseball season.  To sign up, go to the Vankleek Hill Sports Club website: http://www.vkhsc.ca/ , email [email protected] , or call 613-307-0566.