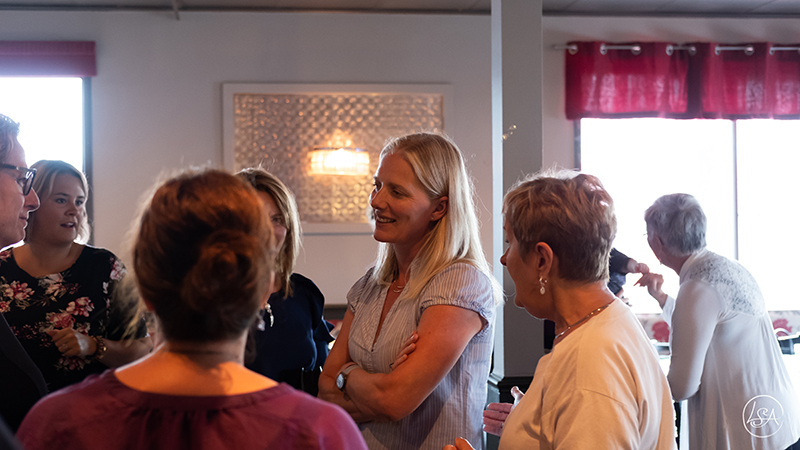 Catherine McKenna is seen here speaking with women after a lunch at Restaurant Carole on July 24. Photo courtesy of Leeça St-Aubin

You read about Canada’s Minister of Environment and Climate Change visiting businesses in Eastern Ontario a few weeks ago. The Honorable Catherine McKenna had a packed agenda that day, but the minister and her team also made time for a lunch stop at Restaurant Carole in Hawkesbury, where women from the recently-formed Leadership féminin en action Prescott-Russell (LFAPR) shared their own plans and then, listened some advice.

McKenna listened to all of the women present, each of whom shared a short biography. Many of those seated at the table were gearing up for the next municipal election, including a few mayoralty candidates.

When McKenna says change is important, she is talking about the environment and the need for more women to get involved in politics.

McKenna says that when she first considered getting involved in politics, she wasn’t sure, as a mother of three children, if she could do it.

She told the LFAPR group that she turned to her own networks for support for her start in politics. “I had to sell membership cards,” she recalled. Soon, she began to realize that there were a lot of people who would support her.

“There are people around you who want to see change,” McKenna said. She mentioned that women need to be asked to participate. In fact, a woman has to be asked about seven times before she will say yes to running for office of some kind.

In Prescott-Russell, 12, or 23 per cent of 52 municipal politicians are women.

In 2014, 20 women ran for political office in Prescott-Russell; one woman ran for mayor of a municipality.

In 2018, 31 women are seeking political office at the municipal level and four of these are running for mayor.

McKenna says that there are things you have to do to win.

“You have to start early and you have to know how to build a team. Door to door is still an effective way to campaign,” she said.

But she does take her family into consideration. “I don’t go to every event, but I do go to the events that are useful …. the events that matter. I go to things I care about and I do things I like and there are issues I really care about,” said McKenna, who says it is important to remember the reason you are doing what you do. 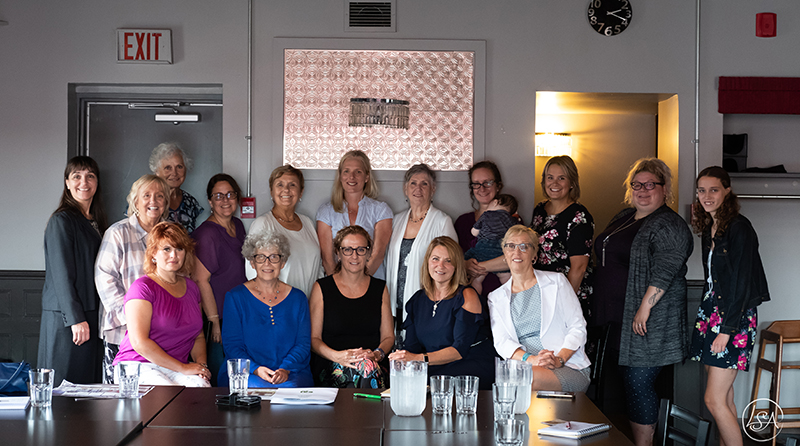 McKenna says she tells her kids what she is doing and why.

When you talk to your children about the issues and why something is important to you, they stand with you, McKenna said.

Giving children an opportunity to be engaged is a good thing.

“We should not be too hard on ourselves. It’s too easy to think that our kids are missing us. If you do things your way and are mindful of time, that is key. That is one of my biggest pieces of advice: don’t waste your time,” McKenna said.

Another point that McKenna made was that women tend to consult everyone when they are about to make a decision.

“This is one decision that is all yours. You can take advice from people but if this is what you want to do, then do it,” said McKenna.

During her campaign, she said she used social media a lot and says that you need to be authentic and tell people why you are running. Sit down and write a list of all your networks and memberships. You’ll be surprised at how many people in your networks have something in common with you. Then you need to motivate volunteers and make sure they feel valued. Reward your volunteers and get a good volunteer coordinator.

She said it all comes down to people, money and doors. It takes funds to run a good campaign and at the end of the day, people appreciate a visit and that you took the time to visit them, she said.

“If you think the timing will be right some day, it may not happen. The timing will never be perfect. If I had over-thought it, I would never have done it. Do this if you believe in something. And work hard, so that when you knock on the last door at the very end, you are happy with what you did,” McKenna said.

You can find out more about LFAPR by finding the group on Facebook.