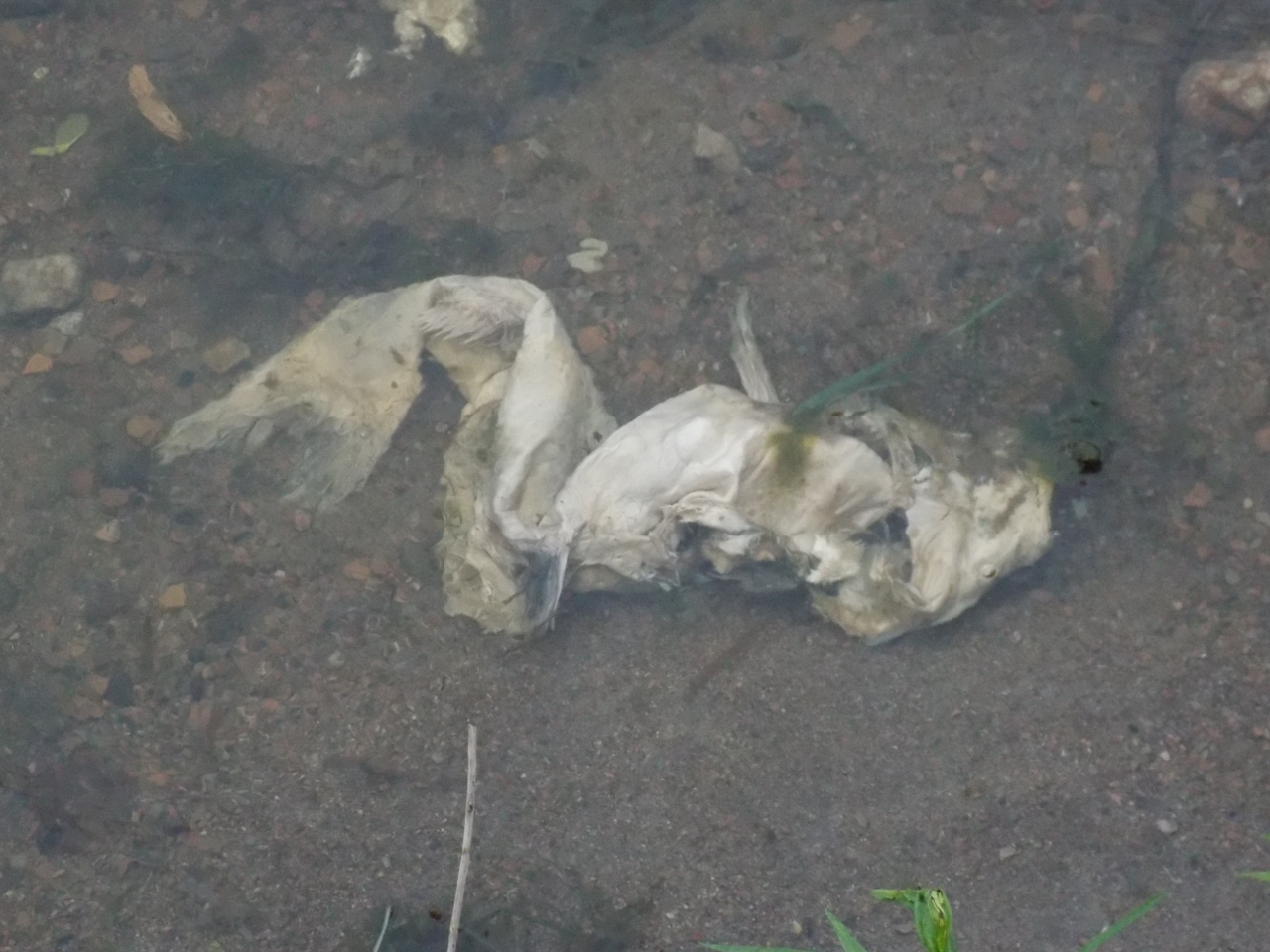 Something has been fishy along Front Road in East Hawkesbury lately. Residents of Chute-à-Blondeau are looking for answers about why quite a few dead fish were discovered in the Ottawa River between August 5 and 18.  Resident Pat Bernier said she has not seen a group of dead fish that large in a long time and said she counted 25 dead fish along the riverbank around old Highway 17 and the western part of Voyageur Provincial Park.  She said a dead raccoon and several dead seagulls were also spotted, presumably because they had eaten the affected fish in the river.

Resident Patricia Foam said there were reports of dead fish and eels from Hawkesbury to Pointe-Fortune.  She said one of her neighbours called Voyageur Provincial Park and they passed the issue onto fish and wildlife staff within the Ministry of Natural Resources and Forestry (MNRF) who told her there could have been an epidemic of a certain bacteria in the river.  According to the Riverwatch Handbook published by the Ottawa Riverkeeper organization, large fish kills should always be reported.  The handbook also said that bacteria causing algae blooms can also harm fish and wildlife.  Blue-green algae can release toxins that are harmful to humans and wildlife.  Foam said she has seen algae in the river recently that looked more brown-coloured but noticed the number of dead fish had decreased.  On Friday, August 17, only one dead fish was spotted when the riverbank was checked at the Voyageur Park boundary and at the municipal park on Front Road.

“We have received calls about a larger than average number of fish deaths, mostly channel catfish, in the Ottawa River near Hawkesbury in the surrounding areas. We believe the fish are being killed due to columnaris, a naturally occuring bacteria that tends to proliferate in warmer weather,” says Larissa Holman, the Riverwatch Coordinator at Ottawa Riverkeeper. Catfish are more susceptible because they tend to feed in bays and shallow areas at night, in locations where the bacteria would be more likely to be present. Ottawa Riverkeeper has contacted the Ontario Ministry of Natural Resources and Forestry and it is aware of these reports.

This bacteria is not harmful to humans. Ottawa Riverkeeper also says it has received a couple of calls regarding dead seagulls.
“From what we understand, these deaths are most likely caused by botulism, which can happen at this time of year,” said Holman.

The timing of the fish kills around Chute-à-Blondeau coincided with warm weather and heavy rain, both of which can combine to increase bacteria levels in water due to high temperatures and high amounts of runoff.  The incident also coincided with the closure of the municipal beach across the river in Brownsburg-Chatham.  It was closed from August 6 to 8 due to a poor-quality water sample.  Also, during the past two weeks, the Ontario Parks website showed that the beaches at Voyageur Provincial Park were temporarily closed.  They are now all open.