Hawkesbury in 2018 – Taxes decrease, and an overview of things to come 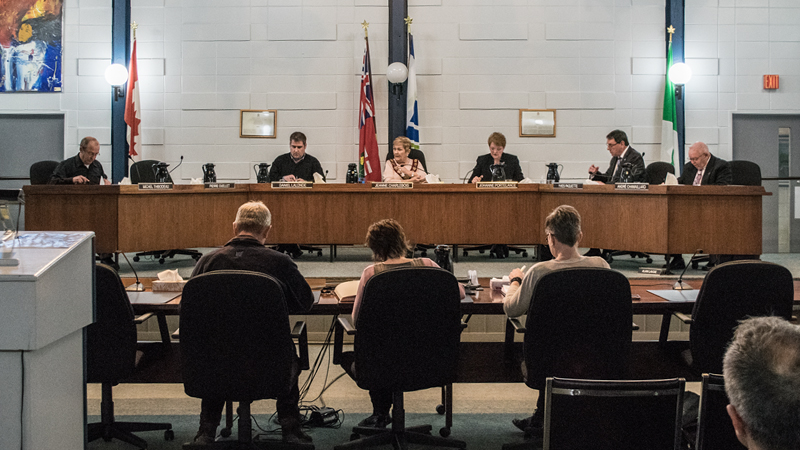 Hawkesbury residents will see a 1.93% decrease in taxes for 2018. Photo credit: Cedrik Bertrand

Hawkesbury’s council members and mayor gave their reports at the March 26, 2018 council meeting, providing a few figures as well as interesting information for the upcoming year.

First up was council member Michel Thibodeau, whose report gave numbers related to taxes as well as water and sewage rates.

“Last Monday, members of council adopted the budget forecast for 2018 operations. The total requisition for the upcoming year is of $10,240,000, while last year (2017) it was $10,255,000. Due to a total valuation increase of $15,700,000, the proposed taxation rate for 2018 will be reduced by 1.93%. The average consumer will also see an $8.40 increase for water and sewage, added to a $3 increase for garbage collection. Over the current council’s mandate, the average consumer has seen a five % reduction of water, sewage and garbage collection rate.”

“Last month, Bell Canada confirmed that the deployment of fiber optics for the Town of Hawkesbury will be 80% complete by spring of 2018. We also have a new initiative called Community Improvement Plan, aimed at encouraging downtown building owners to renovate their property, or storefronts. $60,000 has been set aside for this and we encourage those interested to apply for funding.”

“The affected area was officially reopened on January 15, 2018. The clientele and public were very satisfied with the improvements, new installations or our arena and skating surface. The remediation costs including consultants, materials, cleaning and loss of revenues was $917,000 and the cost for the new rink boards was $140,000, for a total of $1,057,000.”

Mayor Charlebois also stated that a pilot project for public transportation was also in the works. The project is a joint venture with The United Counties of Prescott and Russell and is supported by every one of its mayors.

“People talk to me about this issue often. This is a beginning and I hope we’ll be able to offer our citizens transportation to downtown and the stores along Highway 17.”

Finally, Le Chenail should be getting a new attraction in the form of a local farmers’ market. Lynda Clouette-Mackay, General & artistic director at Le Chenail Cultural Centre, stated that priority will be given to local products and that the market should open by the end of May 2018.