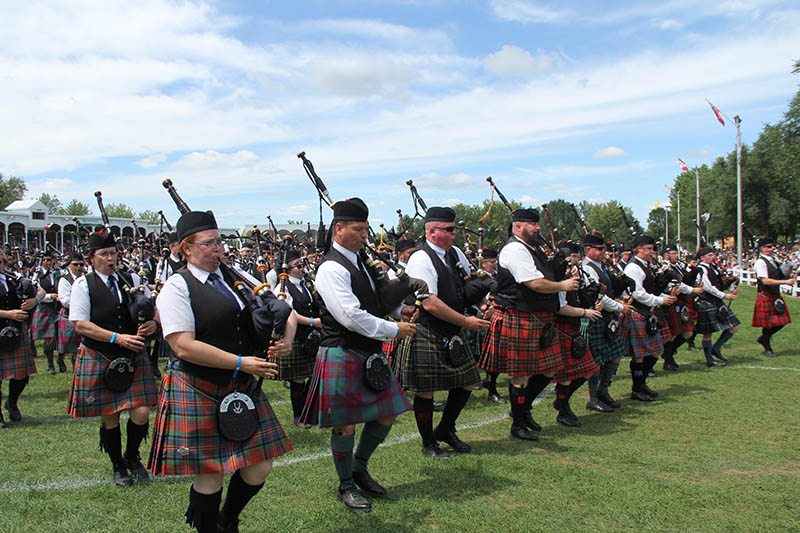 As the Glengarry Highland Games prepares to celebrate its 70th year on August 4 and 5, the many planning committees are working to make it an outstanding show for everyone who attends. Added to the traditional Games events of piping, drumming, dancing and heavyweights are several events that have grown to be much anticipated attractions of the Games.

One of these that has attracted a strong following over the past 10 years is the Tug of War. The tug of war was a feature of many of the early Games but fell out of favour until North and Glengarry teams began their rivalry pull before the Friday night Tattoos. In 2008, a demonstration Tug of War was held between the SD&G Highlanders and the Cameron Highlanders from Ottawa. Since then the Highland Regiment Tug of War has rapidly grown to last year’s record number of 12 teams competing before an enthusiastic Games crowd. “The Highlanders Tug-o-War Challenge Cup is the only sporting event created and designed specifically for units of the Canadian Army Reserve. There is no other sporting event of its kind in Canada that is available for Canadian Army Reserve units. Physically demanding team sports have long been appreciated by militaries around the world as a means to develop their fighting force. They are key to building strong, dedicated unit bonds and esprit de corps that is critical to military success.

Tug-o-War is ideally suited for Army Reserve units as it requires few resources, no prior experience, and requires no more than a section of soldiers (the basic building block of capability within the Army) for a team, where success is more a function of unit cohesion and leadership than raw physical strength and body mass. It’s a technical sport that demands the full cooperation and rhythm of a soldiers working together in exact harmony…perfect for small unit leadership development.

“It’s great to see the interest in the competition spread across the Army Reserve. Sports programs like The Highlanders Tug-o-War Challenge Cup, through the demands of training and competition, contribute to the operational readiness and overall effectiveness of the Canadian Armed Forces…and it’s great to see the Glengarry Highland Games be a part of that contribution,” add Walsh as prepares for what should be another exciting Tug of War event.

The Highlanders Tug of War takes place on Saturday August 5 th starting at 10 am on the east side of the infield with the final pull at 5:30 pm just before the massed bands.