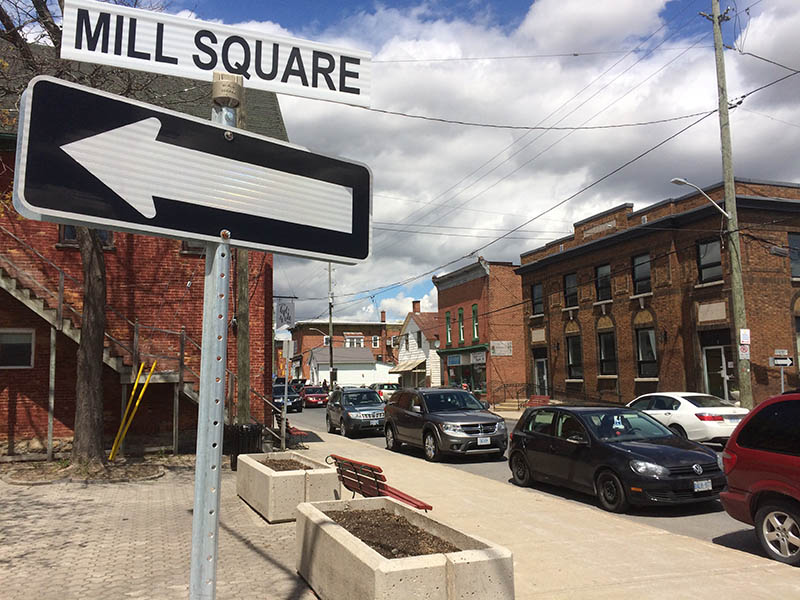 A makeover for Alexandria’s Island Park and Mill Square may get the go-ahead as early as July this year. A public presentation by Allison Good of WSP was given on May 17 at the Sandfield Center in Alexandria.

Good is a senior landscape architect for the Ottawa-based company.

Her team had visited Alexandria in March and met with North Glengarry Township staff, council and community stakeholders then.

Good was back to explain the draft master plan to about a dozen people, many who were North Glengarry councilors.

Some of the improvements would include widening the pathways in the park, creating new spaces for a range of activities, changing the entrance for greater accessibility, removing the band shell and moving the gazebo presently on the island.

She also said that changing the junior soccer fields so athletes played north-south would make more sense than the current east-west set up.

Another improvement would be to create a boardwalk or pedestrian connection to link Mill Square on Main Street to Island Park. Another walking trail would be added along the shoreline.

Creating openness so visitors could see both the square and the park would be advantageous, she said. New trees and shrubs would be planted while keeping most of them there.

$65,000 has been put aside. Tennis courts and a volleyball area are underway.

There are some North Glengarry residents who are not too keen on the project.

“I’d rather see our money go elsewhere,” says Shirley MacDonald who works for Falcon Environmental in Alexandria. “One of the first things they need to do i 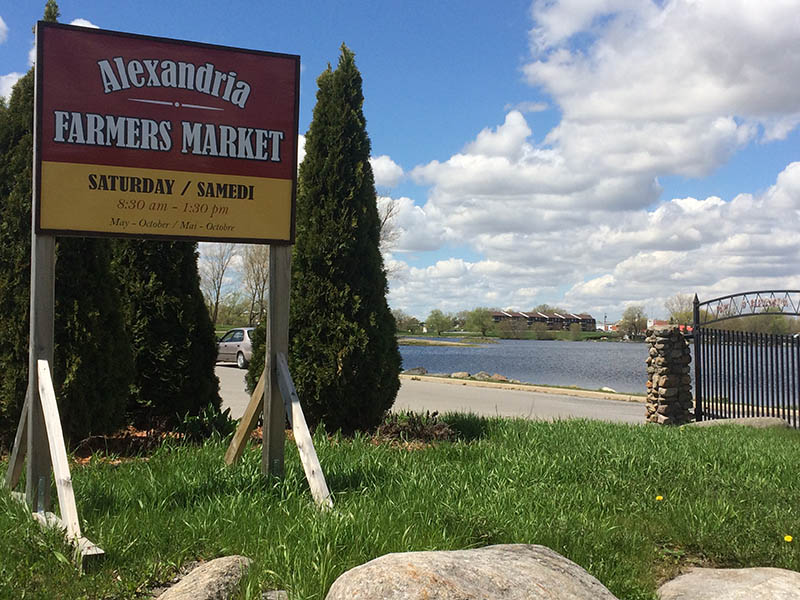 s get rid of the geese.”

She explains how the company gets calls every other year to go in and remove the eggs to lower the population so the paths and water would be cleaner.

“It’s a big job and one you have to do regularly each year. It costs a lot so it never gets done.”

She also wonders why the soccer fields need to be changed but agrees it sounds like a relatively easy job.

Kim Peters owns Town and Country Flowers and Gifts across from Mill Square. She doesn’t think any changes will help her business and, like MacDonald, thinks her tax money could go elsewhere.

“Restaurants may do well if visitors decide to buy their lunch and take it down to the park,” Peters says. “But they’re not likely to decide to go shopping.”

North Glengarry councilor Carma Williams attended the meeting as well as a similar one held the night before in Maxville.

The same company has plans for the King George Park on Main Street.

Unlike the Alexandria meeting, attendance was very good, said Williams, with 27 people turning out.

“We have very dedicated volunteers who want to help with this project,” Williams stated. “Some of them have been helping out for a long time and some are families new to the area.”

Williams believes a Trillium grant would help fill the bill because the qualifications for some of them now include money that promotes physical activity.

Good finished off the meeting by asking for input and feedback from the public and said they would deliver the master plan for Island Park and Mill Square before July 2017.

North Glengarry mayor Chris McDonell is pleased with the start of the project.

“We set money aside from last year’s budget and this year’s as well,” McDonell explained. “And we’ve already been accepted for a grant that will help cover the cost.”

No one was available to comment on the price tag.