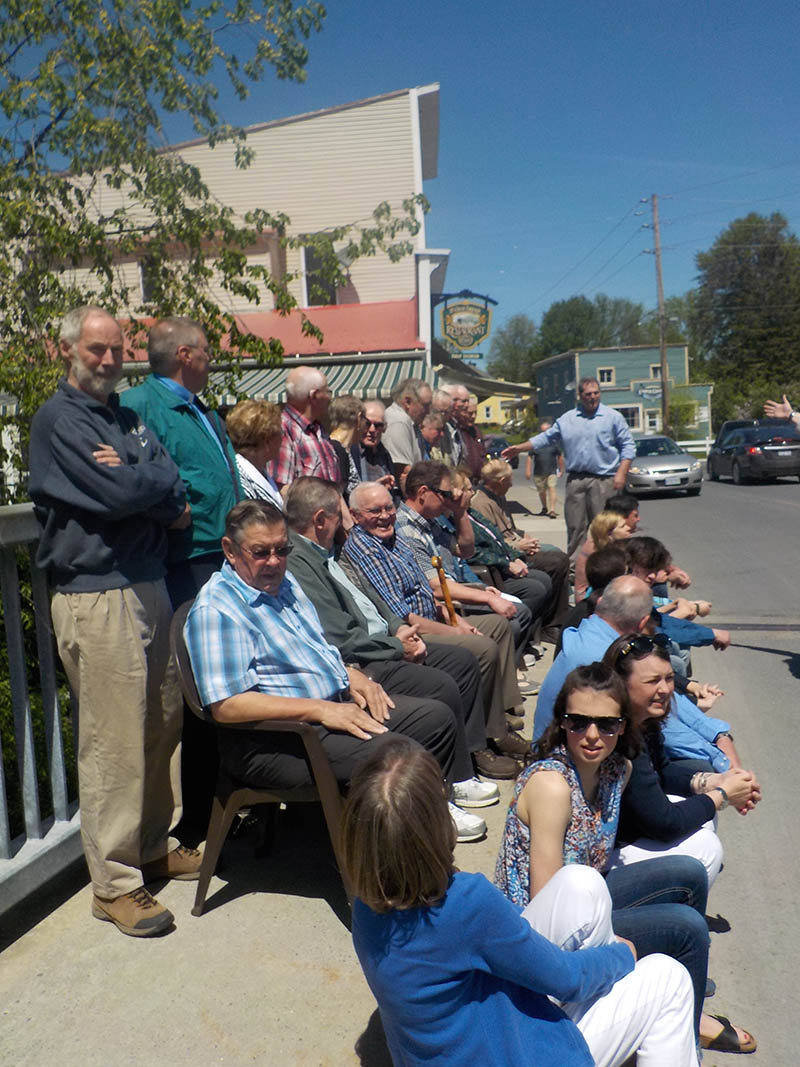 “We were supposed to go from one to three o’clock,” said David Anderson, one of many speakers. “We didn’t finish until five.”

Anderson is a historian and raconteur who resides in Ontario’s oldest house nestled along the Raisin River, only a stone’s throw from the café. He told the overflowing pub crowd how most of the farms in Ontario that have been owned by the same family for the longest are in Glengarry.

He explained that a survey was performed in 1984 by Jean and Monique Ledell of South Africa as part of the province’s bicentennial.

“They went from farm to farm and sat with families in their kitchens,” Anderson said. “That’s really the best way to get information.” The couple discovered that there were 14 farms in the province where the same family had been working the land for 200 years. Seven of those were in Glengarry and one was in Stormont. Of the ones in Glengarry, five are in Williamstown.

“It was such a fascinating study that they wrote two books on their discoveries,” said Anderson. “These moving windows tell us a lot. There were waves of Scottish immigration in the late 1700s and early 1800s.  The Ferguson family came over in 1814 like so many others. It’s been over 200 years and they’re still on the South Branch Road.”

Anderson went on to describe another wave of farmers who came to work the land after WWII. He was referring to the Dutch who began arriving around 1947, escaping their war-torn country.“They came out of conflict. They were war refugees who helped settle this land,” he said.

Peter McLeod, from Glen Nevis, attended the event and is a member of one of the families who own long-running farms in Williamstown. “I remember sitting on my grandfather’s knee when he planted the field behind the house with a team of horses,” he said. “Last year it was planted by GPS with a tractor and nobody was driving.”

They then arrived to Lot 17, Concession 2 in Lancaster where they farmed for 23 years. From 1810 to 1851, the family bought different farms in the area.

Other speakers included educators, business people and area farmers who all enjoyed the spread of ham, turkey, salads and pies provided by pub owners Alex and Betty MacDonald.

Three pillars of agricultural success were discussed: tile drainage, a successful dairy industry and the ongoing support of the ministries of agriculture.

“It was a fantastic gathering,” reiterated Anderson. “We talked about century farms in the area, how farmers have become successful and the changes throughout the years. And it was our way to celebrate Canada’s 150th – a tribute to Glengarry agriculture.”