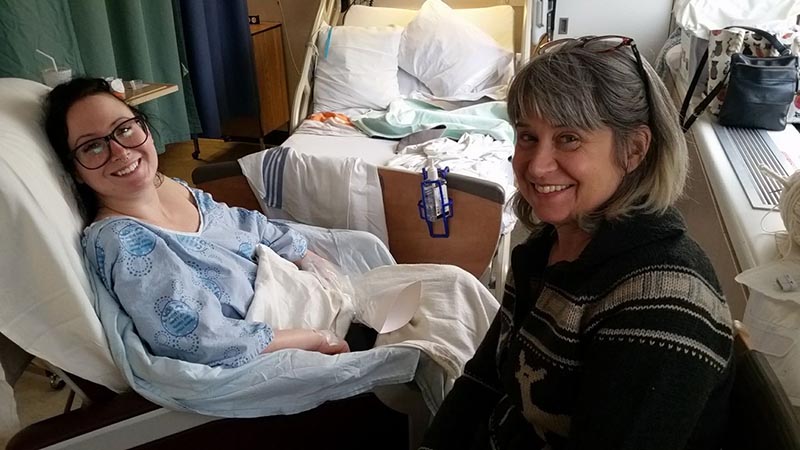 Vankleek Hill resident Gabriel Landriault has a new kidney, thanks to family friend Angie Renwick, who donated one of hers last week.

Landriault spoke with The Review on Monday afternoon. He said while he’s still in pain from the surgery, there were no complications for either patient and his kidney function is already improved. “I feel better than before,” he said. “I’m not exhausted all the time.” He will leave the hospital tomorrow (January 9) and then stay at a retirement home in Ottawa while he recovers fully, although he’ll also spend some time in Vankleek Hill. He added that the nurses and doctors have been “excellent” at the Ottawa General Hospital.

Renwick, who had been planning to donate a kidney to a stranger before she found out about Landriault’s situation, shared this photo of Landriault and his son with this caption: “My recipient with his oldest son. For everyone who asked why I chose to donate: this is why.”

Landriault’s kidneys were damaged by an accidental prescription drug interaction. One of the results is that he felt exhausted; Landriault told The Review he’s looking forward to being able to do normal things again, like go for walks. Because his situation wasn’t getting worse, Landriault was only eligible for a kidney from a live donor, and could have waited for many years before one was available. 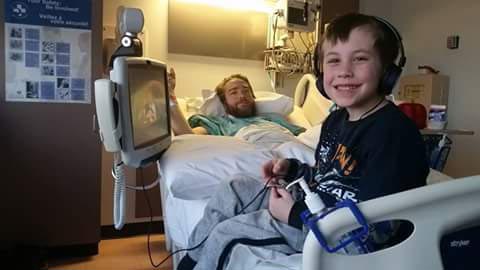