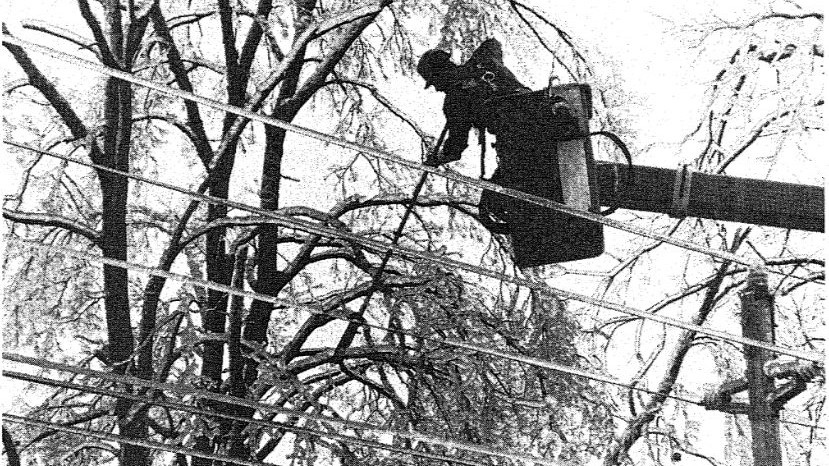 Crews working around the clock to clear snow

The Review, January 9, 2013 – L’ORIGNAL – The massive accumulation of snow over the past few weeks is certainly taking a toll on the public works crew at the United Counties of Prescott-Russell (UCPR). According to public works director Marc Clermont, crews have been working non-stop to plow roads left nearly impassable in the wake of two snowstorms that dumped nearly 100 centimetres of snow on the area.

The Review, January 14, 1998 – PRESCOTT-RUSSELL – “It looks like a nuclear bomb hit the area.” Glengarry-Prescott-Russell MP Don Boudria may have best summed up the devastation which hit the region last week. As of Tuesday, thousands of area residents were still dealing with the fallout of the ‘Storm of the Millennium”, which struck the district on January 6. Rural districts bore the brunt of the storm, which may be the largest disaster in Canadian history. The ice storm cut a devastating swath through the district, snapping thousands of electric poles, causing untold damage to trees, driving entire communities from their homes, and cutting off telephone lines.

The Review, January 10, 1973 – PLEASANT CORNERS – By Cathy Dandy and Linda Little – On December 19 and 20, 1972, a variety show was presented at Prescott County Public School (PCPS). A large crowd attended both nights. The Busy 8s succeeded in collecting $1,023 from tickets, novelty table and the bake sale. The highlight of the evening was a comical skit staged by the staff at PCPS, under the direction of Mrs. B. Folkard. Everyone appreciated and enjoyed the efforts shown by the teachers of our school.

Play it safe with the flu

The Review, January 15, 1948 – HAWKESBURY – You may be a danger to others and a menace to your own safety, say the medical people, if you try to put up with a cold without taking measures to check it. When flu is in the air, the doctors declare it is essential that those who contract colds avoid crowds and if possible stay away from work. Care is cheaper and better than cure.

The Review, January 19, 1923 – CHUTE-A-BLONDEAU – A man named Gray was arrested by provincial police last week for obtaining money under false pretenses. He was caught at Chute-a-Blondeau collecting small sums for the Salvation Army. The group’s headquarters heard of Gray’s doing and sent a man to investigate. Gray is now in jail awaiting trial.