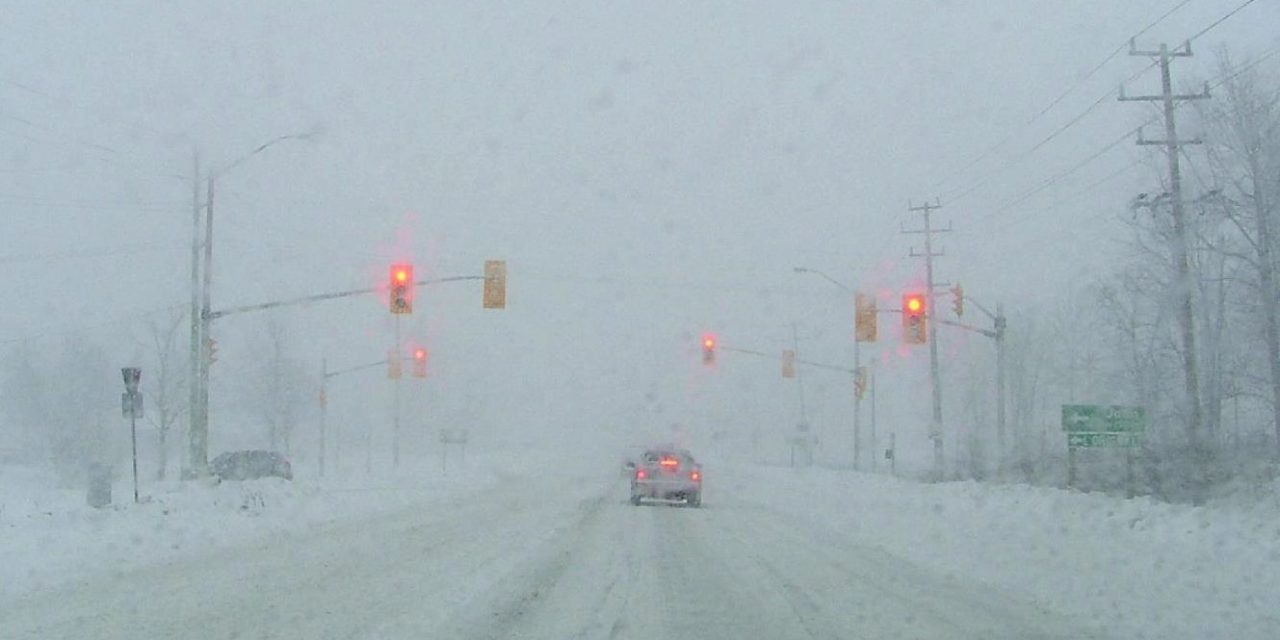 Massive snowstorms made for treacherous winter travelling during the Christmas holidays in 2012. Photo: Review Archives

The Review, January 2, 2013 – PRESCOTT-RUSSELL – After receiving in excess of 20 cm of snow on Friday, December 21, residents across Ontario and Québec were hit with their second blast of cold, snowy weather on Thursday, December 27. A massive storm system hit the region, with another 20 cm of blowing snow, causing limited visibility and making for treacherous driving conditions over the holidays. Thousands of homes were without power in both provinces. The storm was part of an intense winter storm blamed for 12 deaths in the United States.

The Review, January 7, 1998 – LACHUTE – An interprovincial hospital debate has ensued over the Hôpital d’Argenteuil’s efforts to repatriate Argenteuil County residents who are now treated at the Hawkesbury General Hospital. The Québec government pays the HGH $3 million annually for services it provides to residents of the province. Prescott-Russell MPP Jean-Marc Lalonde expressed the hope that an agreement with the Québec government could be reached so that the HGH could retain its Québec patients, which represent about 30 per cent of the hospital’s overall clientele.

Finally, an increase in milk prices for dairy farmers

The Review, January 3, 1973 – ONTARIO – Dairy farmers of Ontario producing milk for table use received 35 cents more per hundred-weight, effective January 1, 1973. Although the increase is less than a cent per quart to the dairy farmer, it is not known what the effect on consumer price will be. This is the first increase for milk producers since September 1971 and does not reflect cost increases which the dairy farmer has faced in the last 16 months.

The Review, January 8, 1948 – CASSBURN – Mrs. Willie Cross held a Christmas concert in the Cassburn church basement for the members of her Sunday school class, with featured a concert programme by the five pupils from the Allen School. The pupils were Maureen Allen, Shirley Howes, Keith McLaurin, Kenneth Howes and Murray Allen. Although two weeks had elapsed since these pupils put this concert on in their own school, not one pupil had to be prompted. This speaks very highly of the training they have received from their teacher, Miss Merle Gauley.

The Review, January 5, 1923 – L’ORIGNAL – Joseph Belisle, an employee of the National Lumber Company of L’Orignal, died on Christmas Day, after partaking several times of small portions of wood alcohol. He drank from a pint kept in the stable to be used for rubbing the horses. Belisle admitted before he died that he had been warned that the alcohol could not be consumed internally. Nevertheless, he drank a small quantity on Sunday and again on Monday.

The Review, January 5, 1895 – CLARENCE – The night before Christmas, the storehouse of Messrs. McIntyre & Cameron was broken into and some fine turkeys taken from it. Suspicions fell on three tramps who had been prowling the neighbourhood and two of them were arrested, Felinus McGinty and Grimdkin Camerly. The third, Tom Parson, alias Tom Borrow, has not yet been arrested because of his respectable connections and his having been reared in the odor of sanctity.