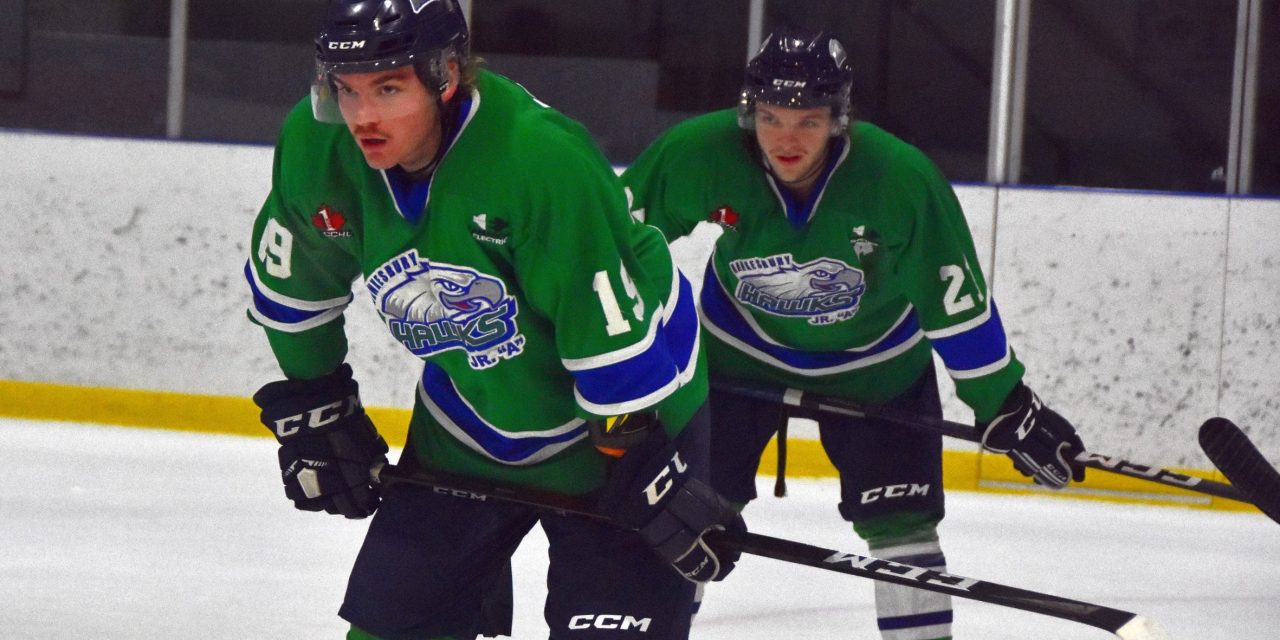 Veteran forwards Landon Brownlee (19) and Jakson Kirk (21) will look to help the Hawkesbury Hawks move up in the standings during the second half of the Central Canada Hockey League season. Photo: Sylvain Lauwers

The Hawkesbury Hawks will be looking to move up in the Central Canada Junior Hockey League (CCHL) standings, as the team kicks off the second half of the season with a busy week against tough competition.

Hawkesbury is at home again the following night, when they host the Smiths Falls Bears at The Bob in a 7:30 p.m. start. The Bears are in first place in the Robinson Division with a record of 17-8-1-2.

On Tuesday, January 10, The Hawks are on the road, as the team travels to Rockland to face the Nationals. Rockland sits just behind Hawkesbury in fourth place in the Yzerman Division with a record of 13-11-2-2 for 35 points.

With the team’s top defenseman Brad Horner expected to join the Ontario Hockey League’s Ottawa 67s when he returns from injury, the Hawks continue to search for a right-handed shot blueliner to add to the defensive corps. Hawkesbury is also looking to add a right-handed shot forward to help the team up front.