Cougars, Eagles, Castors are back in action this weekend, as NCJHL resumes play 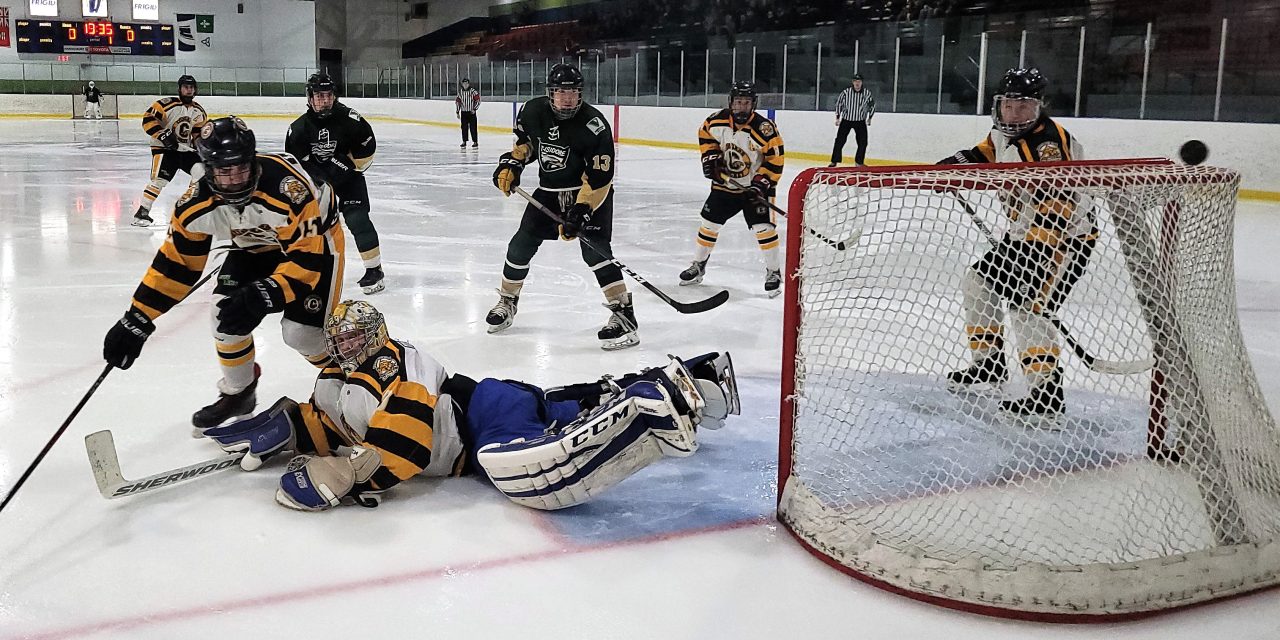 The Vankleek Hill Cougars and St-Isidore Eagles will both be looking to move up in the standings as the second half of the National Capital Junior Hockey League season kicks off this weekend. Photo: Reid Masson

The National Capital Junior Hockey League (NCJHL) resumes play this week, with all three teams from Prescott-Russell in action.

The Vankleek Hill Cougars (10-7-1-2) kick off the second half of the NCJHL season with two road games, followed by a home date – three games in three days.

The Cougars travel to Westport to play the 5-17-2-0 Rideaus on Friday, January 6, and then head to face the North Dundas Rockets (17-5-1-0) at the Chesterville and District Arena on Saturday, January 7. Both games are 7:30 p.m. starts.

The Cougars then return to their temporary home at the Robert Hartley Sports Complex in Hawkesbury to host the 6-13-0-2 Morrisburg Lions on Sunday, January 8. Game time is 7:30 p.m.

Vankleek Hill enters the second half of the season sitting in sixth place in the NCJHL standings.

The St-Isidore Eagles, who sit in fifth place in the NCJHL standings with a record of 12-8-1-0, have a relatively quiet opening weekend for the second half, with just one game.

The Eagles will host North Dundas at the St-Isidore Arena on Sunday, January 8, at 7:30 p.m. St-Isidore’s next contest will be on Friday, January 13, when they host the Almonte Inferno in an 8 p.m. start.

The fourth place Clarence Castors (15-6-1-0) will be on the road to open the second half of the NCJHL season, traveling to play games against two of the NCJHL’s top teams.

The Castors are at Centre Slush Puppie in Gatineau on Friday, January 6, to face the third place Gatineau-Hull Volant (16-6-0-0) in a 7:30 p.m. start. Clarence then travels to the Cardinal Arena to play the first place South Grenville Rangers (17-3-1-0), in a contest that starts at 7:45 p.m.

The two road games will be a big test for the defending NCJHL champion Castors, and a solid chance to make some noise in the standings.