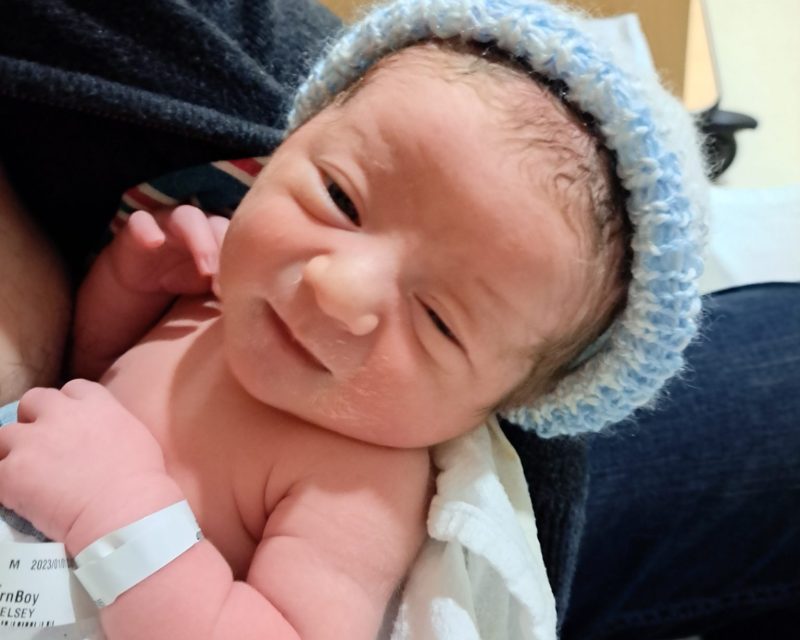 Less than four hours into the new year, Hawkesbury and District General Hospital (HGH) welcomed its first baby of 2023.

Brody Mathew Rusk is the son of Kelsey Kearns and Zachary Rusk of St-Lazare. The healthy eight-pound baby boy was born at 3:43 a.m. on Sunday, January 1.

Brody and his mother were doing just fine on Sunday morning when The Review contacted HGH.

“We had such an amazing experience with all the staff here at HGH. It was truly a pleasure,” Kearns said.

She said it is exciting to be the mother of a New Year’s baby.

“He was born eight days early so I guess he knew when he wanted his birthday to be!” Kearns said.

On Tuesday, January 3, Brody and his parents will return home to St-Lazare, where he will be introduced to his two-year-old big sister, Lily.