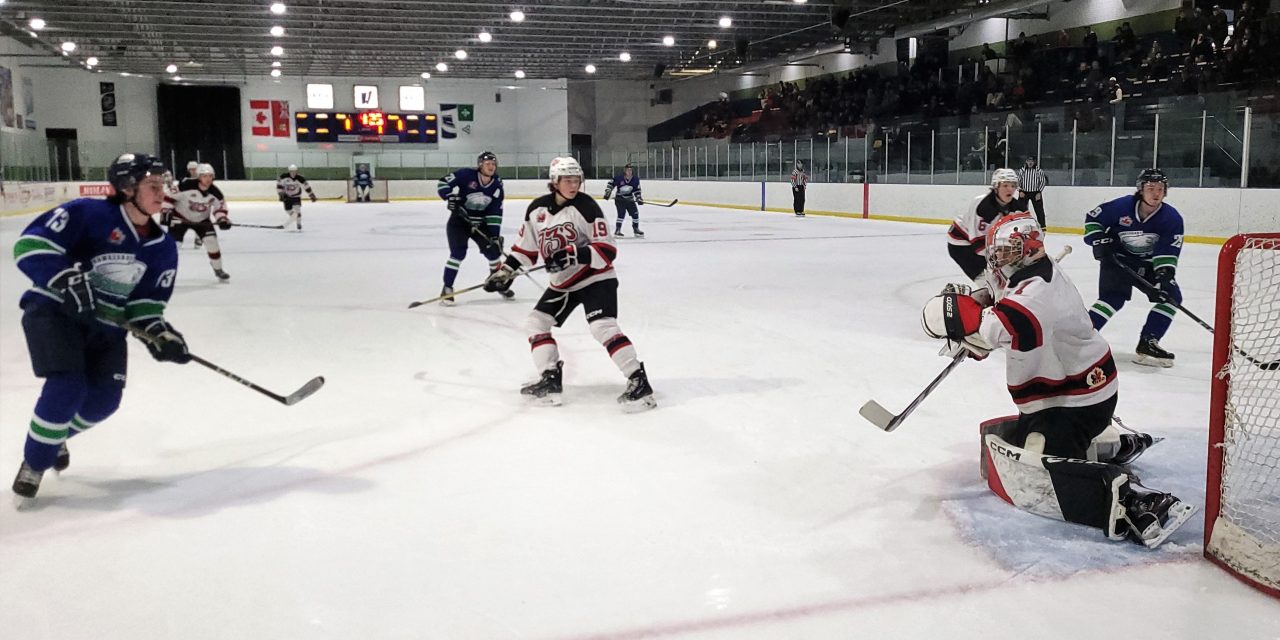 It was a newsworthy week for the Hawkesbury Hawks, with the team firing its head coach and embarking on a three-game winning streak.

First-year Head Coach Charles Lavigne was behind the bench on Tuesday, December 6, as the Hawks hung on for a 4-3 road win over the Kemptville 73’s, in a game which Hawkesbury led 4-0 at one point. Brandon Clarke scored two goals, Alex Fournier and Nicholas Brennan also scored, while Dimitri Pelekos made 31 saves in the win, which allowed Hawkesbury to snap a three-game losing streak.

Two days later, on Thursday, December 8, Hawks General Manager Marc Bernique informed Lavigne that he was being relieved of his duties. The Hawks GM will act as Interim Head Coach of the team until a replacement is found.

“I think Charles did some good things, but we felt the team was underperforming,” said Bernique of the reasons for the change. “We decided to make the move now, rather than later.”

Bernique debuted as head coach in the rematch with Kemptville at the Robert Hartley Sports Complex in Hawkesbury on Friday, December 9. Alex Fournier, Remi Gagne, and Thomas Beaudoin scored, while Dimitri Pelekos made 45 saves, as Hawkesbury dropped the 73’s for the second straight game, this time by a score of 3-2.

On Sunday (December 11), the Hawks made it three straight, travelling to Nepean to top the Raiders 3-2. Nathan Gagne scored twice in the contest, while Antoine Dorion added a single and Devon Randell-Snow made 36 saves. With the win, the Hawks improved their season record to 14-9-2-3 and solidified the team’s hold on third place in the Central Canada Hockey League’s (CCHL) Yzerman Division.

While he is pleased with the winning streak, Bernique said changes must be made if Hawkesbury is going to contend for the CCHL championship this season.

“I love our cycle game down low,” Bernique said of the team’s offense. “Our defensive zone play and special teams need a lot of work.”

“But I like the energy the kids have brought and their willingness to learn.”

Over the next few practices the Hawks will be working on modifying the team’s penalty kill structure and on improving the team’s power play. Hawkesbury will also have a number of players returning from injury in the next few weeks, including Bradley Horner, the team’s top defenseman.

The Hawks GM said that while he is coaching the team on an interim basis, he won’t rush to find a replacement, as he wants to provide some stability. The search for a new head coach will most likely only begin in January. Bernique said he is open to coaching to the end of the 2022-2023 season if the right person can’t be found for the job.

As GM, Bernique said he would like to add another defenseman and a right-hand shot forward to the team.

The Hawks are at home for two games this weekend. On Friday, December 16, Hawkesbury faces the Cornwall Colts (11-14-1-0) at the Bob. Game time is 7:30 p.m. A rare Saturday evening game will see the Hawks host Smiths Falls in a 7 p.m. start on December 17.