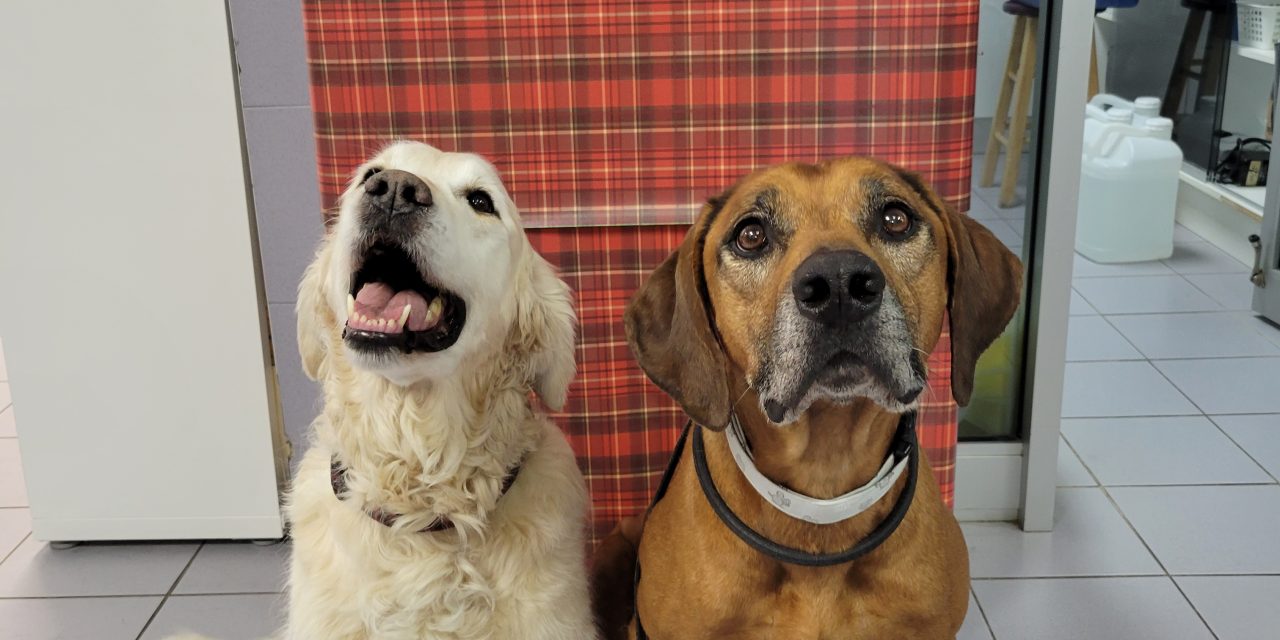 On Saturday, November 25, a blood donor clinic was held at the Hawkesbury Animal Hospital. According to Registered Veterinary Technician Marie-Rose Beaudin, donations were collected from eight dogs, which yielded eight full units of red blood cells and four units of fresh-frozen plasma. Each unit collected can save the lives of up to three dogs.

As with humans, there are certain requirements dogs must meet to donate blood.

Beaudin said donating dogs need to be of good temperament, because they need to lay down on their side for five to ten minutes while the donation is taken.

“Any dog can donate. They just need to be 55 pounds and over, between one and eight years old, and up to date with their vaccines,” said Beaudin.

Before a donation is made, the Canadian Animal Blood Bank also requires a PCV/hematocrit test be done, to assess the red blood cell count of the dog.

Dogs have blood types just like people. The Canadian Animal Blood Bank focuses on ensuring there is a blood supply for dogs requiring transfusions who have the Dog Erythrocyte Antigen (DEA) 1, positive and negative. Only 40 per cent of dogs have the DEA1 negative blood type and should only receive the negative type if required. However, donations of all types are accepted, because the blood is used to help dogs across Canada.

Signing their pet up to be a blood donor does not cost anything for dog owners and the owners are not paid for having their dog donate blood. However, the Canadian Animal Blood Bank provides rewards for dogs who donate one or more times.

When a dog donates blood a second time, they receive a free microchip identification. For every fifth donation, the dog receives a milestone tag in recognition of their contribution. For each unit of blood, a dog donates, they also receive eligibility for one complimentary blood product, if the dog ever requires it for their own health.

Any person who has donated blood will recall the complimentary food and drinks, which are offered to help them restore their energy levels before continuing with their day. Beaudin said dogs who donate blood do not usually get that lightheaded feeling, due to the way their bodies are constructed. Their heads and hearts are at the same level physically. However, donating dogs do receive a lot of tasty treats  at the clinic.

An inventory of blood is not kept at the Hawkesbury Animal Hospital. “We don’t perform blood transfusions here. All of our patients that need blood transfusions are sent to the 24-hour emergency and referral hospitals in Montréal, Laval or Ottawa,” Beaudin explained.

Hawkesbury Animal Hospital is planning to host another blood donor clinic for dogs in February. For more information, call the animal hospital at 613-632-5927. More information about the Canadian Animal Blood Bank is available at; canadiananimalbloodbank.ca .