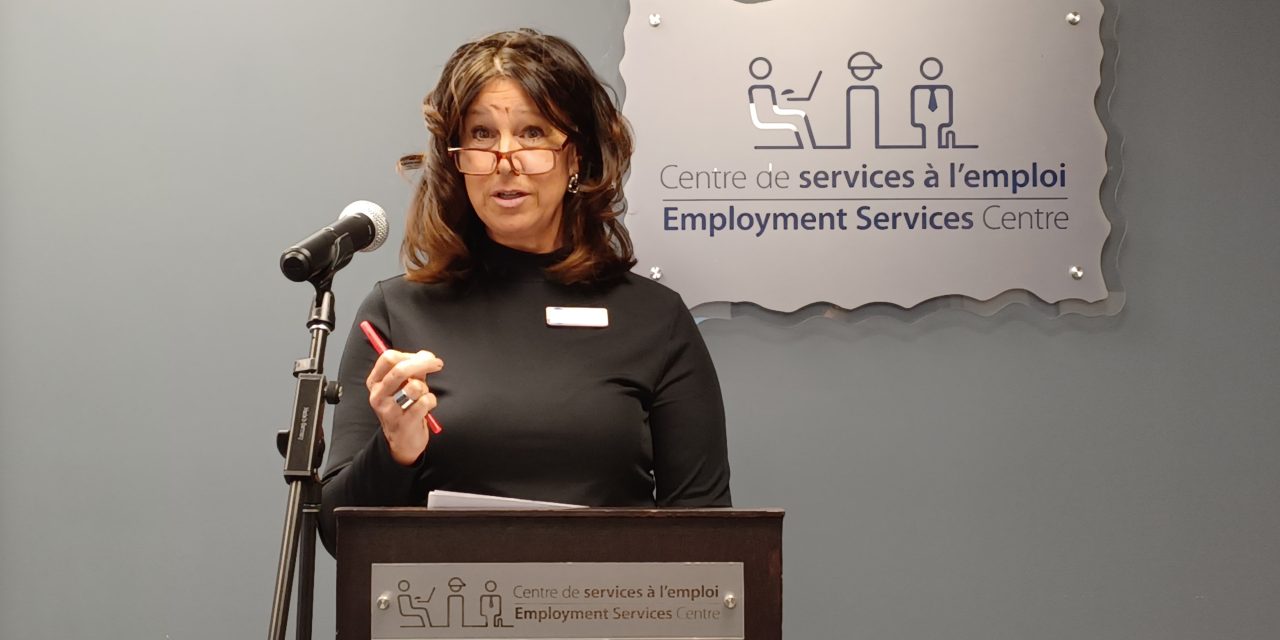 According to the Employment Services Centre for Prescott-Russell (CSEPR), a recent survey identifies 3,670 vacancies among local employers.

The results of the survey were announced at a press conference on November 23 in Hawkesbury. The survey – conducted by Statistics Canada in partnership with CSEPR and seven of the eight municipalities (except for East Hawkesbury) in the United Counties of Prescott and Russell (UCPR) – identified 21,251 people working in local businesses.

The business survey was conducted from June 6 to August 22, 2022, and distributed by mass emails, mailings, and telephone calls, by officials in participating municipalities. The survey showed that available positions with an hourly rate of $19 to $26 per hour are the ones the most in need of candidates to fill them. However, workers are needed at all salary levels.

The survey asked questions about the business, employment vacancies within the company as of June 1, 2022, a salary range for the vacant positions, and information about any hiring done in the past year.

The response rate for the survey was only 16 per cent. Out of 2,317 businesses contacted, more than 750 people started a questionnaire, but in the end only 360 questionnaires were completed. Due to the high non-response rate, it was difficult to obtain reliable estimates by industrial sector.

Despite the low response rate, CSEPR believes that the results are reliable and provide a fairly accurate picture of the situation affecting the shortage of personnel in the UCPR as of June 1, 2022. A Statistics Canada estimation formula was used to develop the statistics.

Slightly more than 50 per cent of respondents indicated they had one or more vacancies for which they were actively recruiting as of June 1, 2022.

According to the survey results, the UCPR municipality with the most employment vacancies is Clarence-Rockland at 982, with 715 of those vacancies for full-time positions. Hawkesbury has the second-highest number of vacancies with 765, and 637 of those are for full-time jobs.

Russell Township is a close third with 739 vacancies, 616 of which are full-time. Champlain Township has the lowest number of employment vacancies in the survey, with a total of 233. Out of that number, 166 of the positions are for full-time jobs.

CSEPR also believes the results of the survey will allow the organization to develop a targeted action plan. This would include a determination of the number of dwellings lacking in each municipality to accommodate the required workers and their families.

“It was a good experience for us and for our municipalities also,” she said.

Arcand said many employers have had to change their operations due to a lack of staff.

“In some cases, business owners have reduced their hours of operation, cancelled projects, or refused contracts.”

However, Arcand did note how businesses are still locating in Prescott-Russell. She referred to the new Ford Motor Company of Canada warehouse in Casselman and the AIR Distillerie in Hawkesbury. International recruitment will continue to be a part of solving the local shortage of workers, Arcand said.

Three local mayors shared their comments in response to the survey.

“We’ve known this for the last four years, but here are the numbers,” he said.

Riopel suggested municipalities explore more options for housing, including making it easier for people to live in so-called “tiny homes.”

He said municipalities could make it easier to build smaller homes by reducing the minimum square footage.

Hawkesbury Mayor Robert Lefebvre referred to the More Homes Built Faster Act, which was recently adopted by the Ontario legislature. The legislation aims to build 1.5 million new homes over the next 10 years. Lefebvre said the new law could require municipalities to reduce development charges on new housing, which would reduce the revenue municipalities receive for the construction of new infrastructure.

Clarence-Rockland Mayor Mario Zanth said the situation is challenging because many of the companies which build new homes are lacking enough employees to get the homes built.