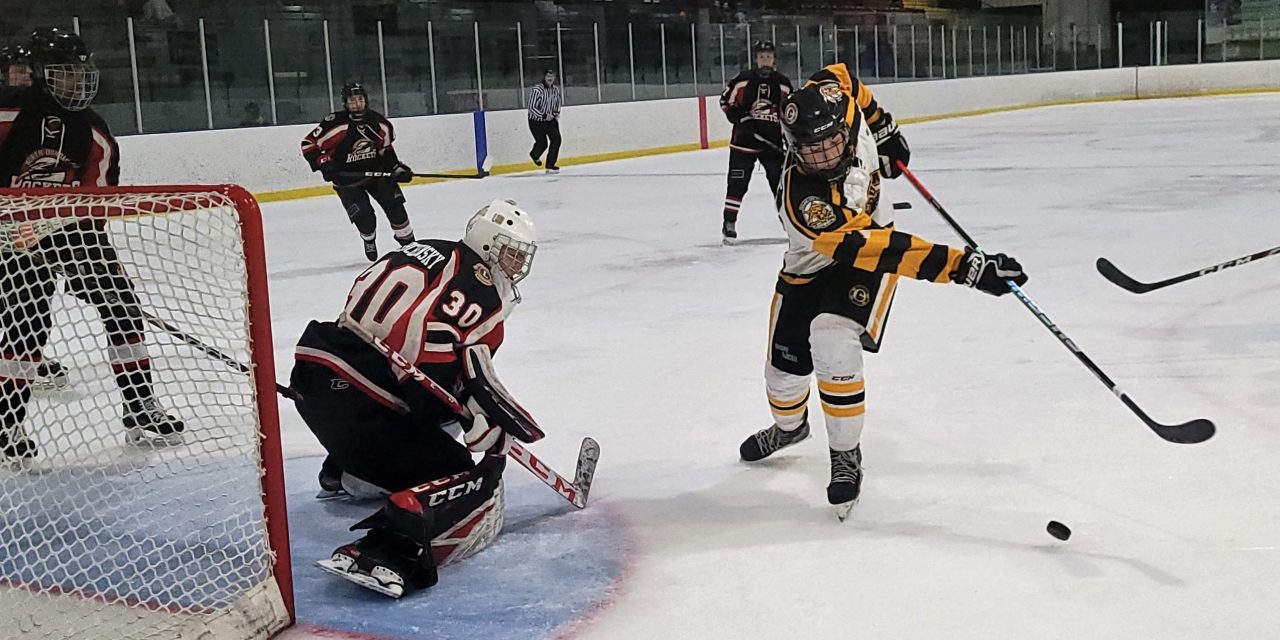 Vankleek Hill’s Landon Sweet (7) swipes at a backhand after being stopped on his first attempt by North Dundas netminder Anton Moshchensky (30) in the Cougars 3-2 loss on Sunday, November 26. Photo: Reid Masson

The Vankleek Hill Cougars took home three out of a possible four points last weekend, falling in overtime 3-2 to North Dundas at home on Sunday (November 27), one day after a 6-2 road win over Almonte.

With a record of 8-5-0-1, Vankleek Hill remains in sixth place in the National Capital Junior Hockey League standings. The Cougars, however, have several games in hand on the teams in front of them. Vankleek Hill has a chance to move up in the standings next weekend with games against two of the league’s weaker teams.

Mikael Bissonnette and Eric Skyba scored for the Cougars (8-5-0-1) in a 3-2 overtimes loss to the North Dundas Rockets in a rare Sunday evening home game at Hawkesbury’s Robert Hartley Sports Complex.

The Cougars dominated the first period, outshooting the Rockets 17-6, but managed only a single goal by Bissonnette, as North Dundas netminder Anton Moshchensky stood on his head in goal. North Dundas came out stronger in the second frame, scoring two goals to stake the Rockets to a 2-1 lead after two.

Skyba tied the game at 2-2, firing home the tying goal with just 2:34 left in the third period, with assists from Alexandre Saul and Andy Lightle-Blais. But North Dundas ended the drama at 2:39 of overtime, scoring the winner on the powerplay.

Cougars defenseman Brenden Easterbrook had a goal and two assists, while rookie netminder Jeremie Tessier stopped 33 of 35 shots, as Vankleek Hill earned a road victory over the Almonte Inferno (3-11-2-1) on Saturday night (November 26).

Alexandre Saul, Andy Lightle-Blais, Rowan McPherson, Eric Skyba and Maxim Lalonde each had singles in the contest. The Cougars broke out to a 3-0 lead after one period and led 5-0 by midway through the second.

The Cougars have a chance to pick up some points against two struggling NCJHL teams this upcoming weekend. Vankleek Hill travels to Metcalfe this Friday, December 2, for an 8 p.m. contest against the last-place Jets (1-16-0-0). On Saturday (December 3) the Cougars will host the Westport Rideaus (3-14-2-0) at The Bob in Hawkesbury. Game time is 7:30 p.m. 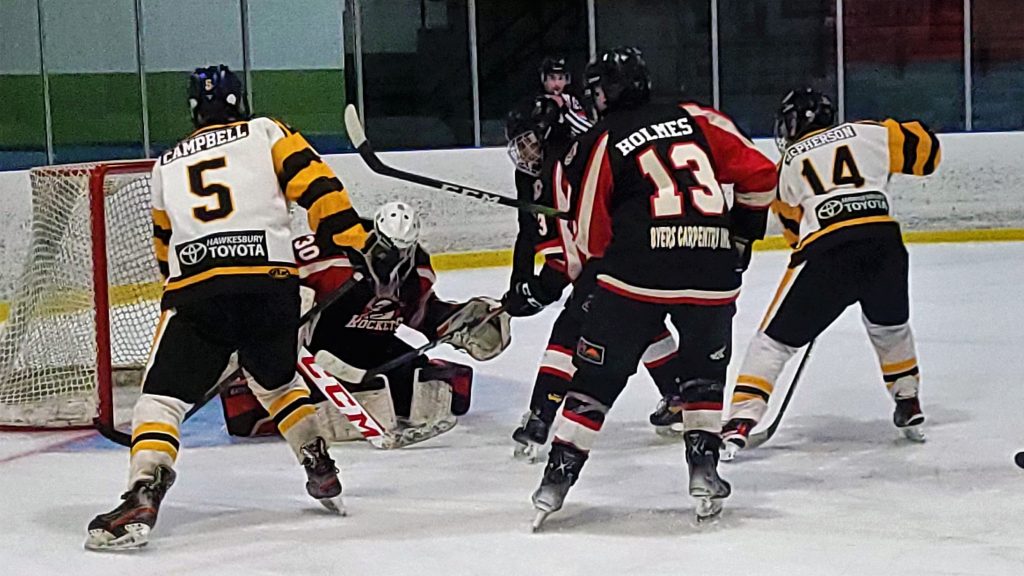 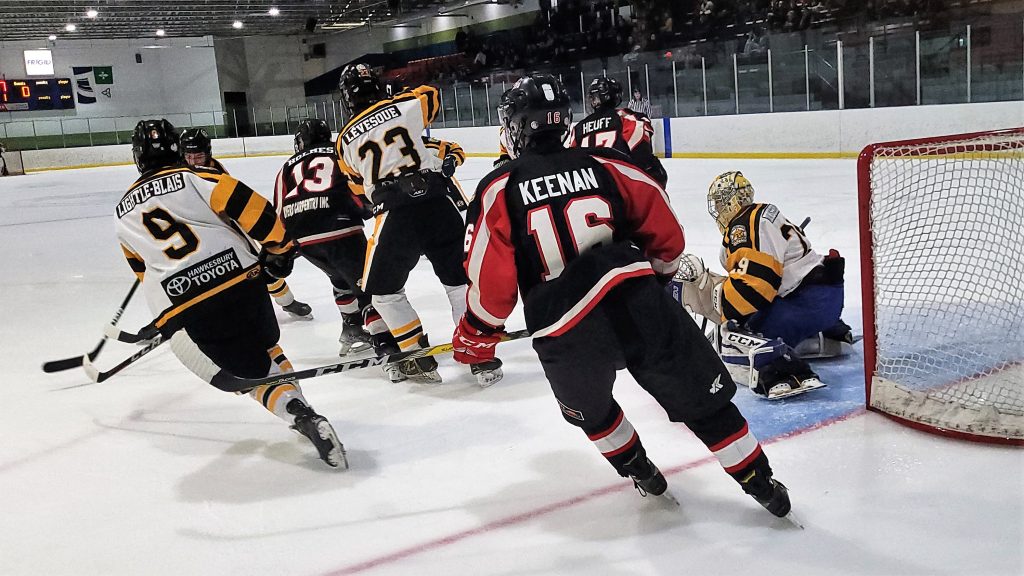 Cougars goaltender Frederick Duroucher-Bourdon (29) has just stopped a shot and is ready for the rebound, as Vankleek Hill defenseman Mathieu Lévesque (23) and forward Andy Lightle-Blais work to clear the front of the net, in the Cougars 3-2 loss to the North Dundas Rockets on Sunday, November 27. Photo: Reid Masson