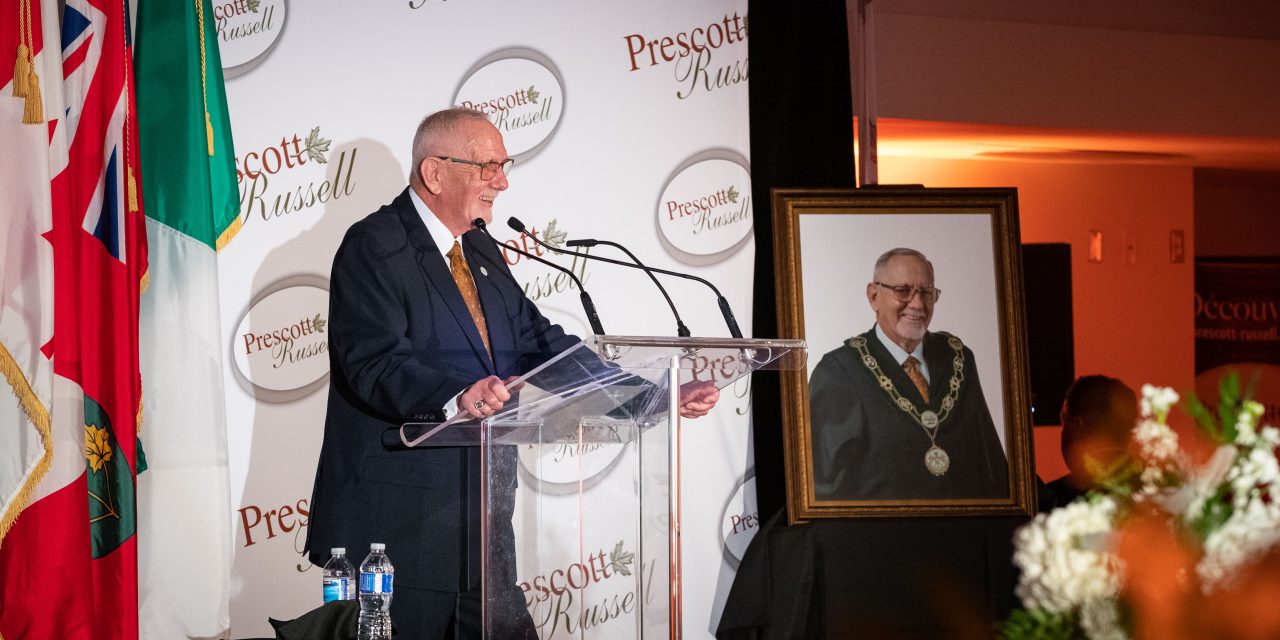 2022 UCPR Warden Daniel Lafleur and his official portrait at the Warden’s Banquet held in Casselman on November 19. Submitted photo

The 2022 Warden’s Banquet was attended by 208 guests and was held at the J.R. Brisson Complex in Casselman, where until recently, Lafleur had also served as the municipality’s mayor.

The Warden’s Award is presented annually to a municipal employee in recognition of their hard work and outstanding contribution and professionalism to the community of Prescott and Russell and to their colleagues. This year’s recipient is UCPR Health and Safety Program Administrator Marie-Claude Lafleur.

During the evening, UCPR Council paid tribute to former Director of Public Works Marc Clermont, who passed away last September 2022 following a long illness. UCPR Chief Administrative Officer Stéphane Parisien, highlighted Clermont’s contribution to the region during his 27-year career with the UCPR.

Funds raised at the Warden’s Banquet as well as the Warden’s Golf Tournament held earlier in June will be distributed to local non-profit organizations at the Inauguration Ceremony for the next Warden, which will take place in L’Orignal on Wednesday, November 23.