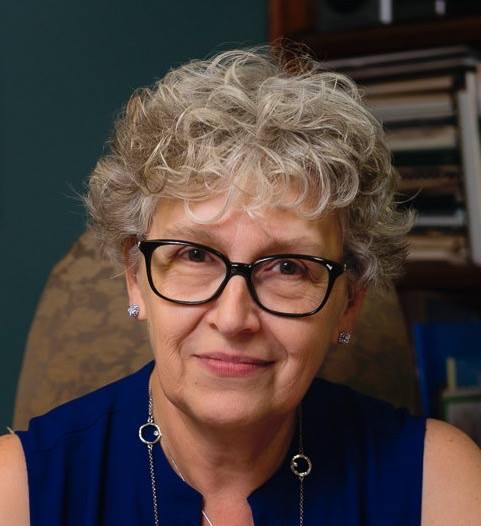 Sproule has been involved in her community on several levels. She has been an active member of the Vankleek Hill Business and Merchant Association for more than 25 years, serving as secretary and president on several occasions. She is a big believer and organizer of local events and has organized the town’s show-stopping “Trash and Treasure”, its town-wide yard sale, for almost two decades. Many communities in the region have copied this idea. Sproule has also organized endless fundraisers for the merchant association and has played an integral role in the Vankleek Hill Christmas Home Tour since its inception.

You can often find her selling gingerbread cookies, homemade pies or other baked goods whenever there is a special event in Vankleek Hill.

Sproule was also one of the six volunteers who moved the Higginson Tower Restoration Project forward. In just a few years, more than $325,000 in funds and in-kind services brought this project to completion in 2006. Sproule has continued her involvement at the tower, applying for funds and supervising summer students there in addition to coordinating tours in the off-season.

If Sproule made history in 1992 by becoming the first woman to own The Review in its 100-year history, she also made history by becoming the first female member of the Hawkesbury Rotary Club. The club was founded in 1929 by her grandfather, James W. Holtby, who was also the first president of the club. It seemed only fitting, therefore, that Sproule was the first woman president of the club within a few years of her joining the Rotary Club.

In its inaugural year, Sproule was inducted into the Vankleek Hill Collegiate Institute Wall of Fame.

In 2014, Sproule was awarded an Ontario Good Citizenship Award for her ongoing commitment to her community.

On December 2, 2017, Sproule received the JP St-Pierre Award from the United Counties of Prescott-Russell for contributions to her community and for being the ultimate ambassador and cheerleader for this region.

An important part of any community is its youth. Since taking ownership of The Review in 1992, Sproule has gone to great lengths to hire summer students each year, to take on interns from journalism schools in the region and to participate in Vankleek Hill Collegiate’s co-op program by having high school students work in the office alongside the full-time staff.

Sproule herself got her start at The Review as a high school student in the mid-1970s, working after school and doing a variety of tasks, including typesetting stories, setting up advertising for the newspaper, proofreading and doing some writing and photography. That part-time job opened her mind and she never forgot the wonderful opportunity she had as a student working alongside the staff who produced the newspaper every week.

In her spare time, Sproule likes to read, write, garden, knit, think and is a music enthusiast. Although much of her daytime is spent at her desk, she loves to spend time outdoors.

One of her most enjoyable volunteer activities has been to organize monthly “Stardust Dance Party” events at the local Heritage Lodge residence for seniors. She creates playlists with music from days gone by and invites (coerces?) her friends to come and dance during these events and to invite the residents to dance, when possible.

In 2021, she acquired her real estate licence and has added that to her career profile while she continues to oversee everything at The Review. She is placing some of her real estate earnings into a not-for-profit organization, to benefit local initiatives and organizations, which will be able to apply for funds every year.

Words she lives by: You only can’t until you can.