Author Bruce Foster back with more stories of Kool’s School, and advice for principals 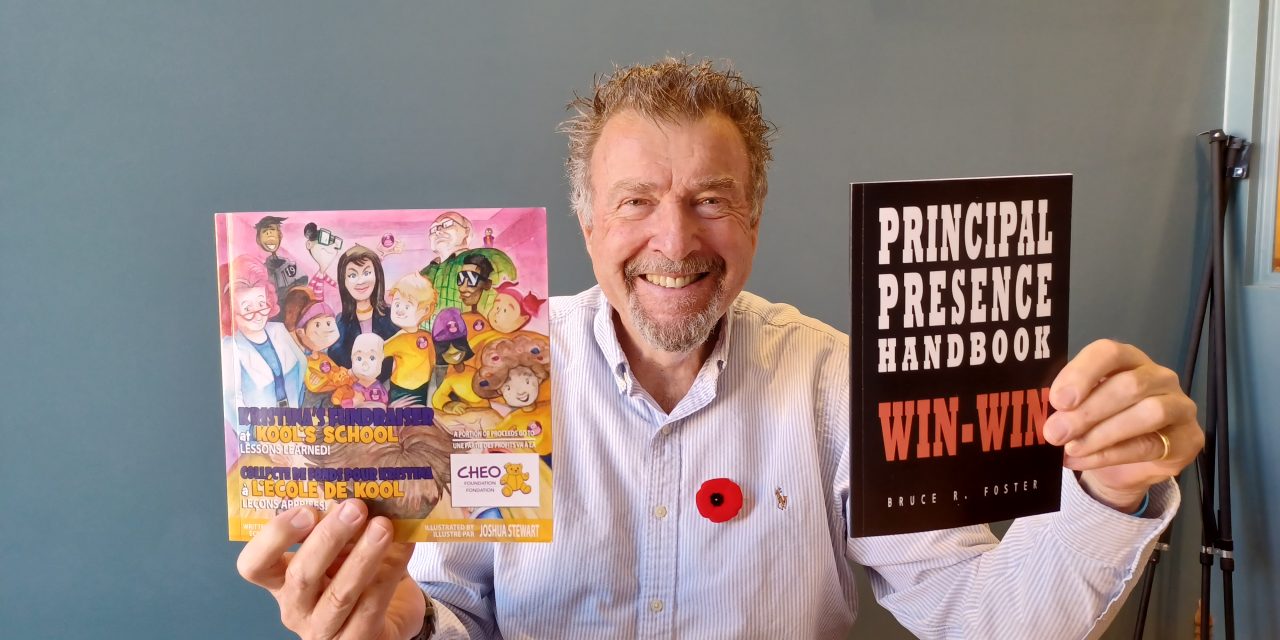 Semi-retired elementary school principal Bruce Foster of Orleans began his teaching career at Pleasant Corners Public School in 1977. He has since served as a teacher, vice principal, and principal at several schools in the Ottawa-Carleton District School Board. He still works as a school principal on a substitute basis.

The true stories of things he has seen, heard, and done during his 44-year career at 41 schools are the basis for his six children’s books about the happenings at Kool’s School. Foster received the Mr. Kool title after a student commented he is cool because he talks with the kids.

Indeed, that connection with students is evident in all 11 books Foster has written. The latest is Kristina’s Fundraiser at Kool’s School and is about a fundraiser for a student named Kristina who had leukemia. Foster said Kristina’s leukemia is now in remission, she is graduating high school, and plans to become an electrician.

Part of the proceeds from Kristina’s fundraiser go to the Children’s Hospital of Eastern Ontario (CHEO) Foundation. In the book, Foster also gives special recognition to the staff at CHEO. As with his previous books, Foster continues his strong support for Kids Help Phone as a resource for young people in distress and gives a portion of the proceeds to the service.

Previously, Foster’s books were published with separate English and French editions. Kristina’s Fundraiser is the first bilingual edition with text in both languages.

The most recent books of stories from Kool’s School are illustrated by artist Joshua Stewart of St-Eugène, who is a student at Concordia University in Montréal and a graduate of Vankleek Hill Collegiate Institute (VCI). Foster and Stewart recently gave a presentation to an English class at VCI taught by Sarah Dagg, who is also a former student of Foster’s.

“It was a very nice experience,” Foster said of his visit to the school.

Foster’s experiences as an educator have inspired him to write another book, but for a different audience–other principals, and vice principals. Titled Principal Presence Handbook: Win-Win, it contains a series of instructions for school administrators on how to be an active, thoughtful, and engaged daily presence in what goes on in their schools.

“This gives you tips,” Foster said.

One of the things Foster encourages principals to do is a daily walk-through of their school to obtain and maintain an understanding of what is happening in the classrooms, hallways, and on the playground. Foster emphasized the walk-through is not meant to evaluate students and teachers but is instead meant to help principals learn about the children in their school.

He is hoping the book catches the attention of school board administrators across Ontario.

The veteran educator is not intending to completely retire anytime soon.

Bruce Foster’s Kool’s School books, and the Principal Presence Handbook: Win-Win are available at The Review bookshop in Vankleek Hill, and online at mrkool.ca.