Hawks lose to Renfrew 5-1, host Ottawa and Brockville this weekend 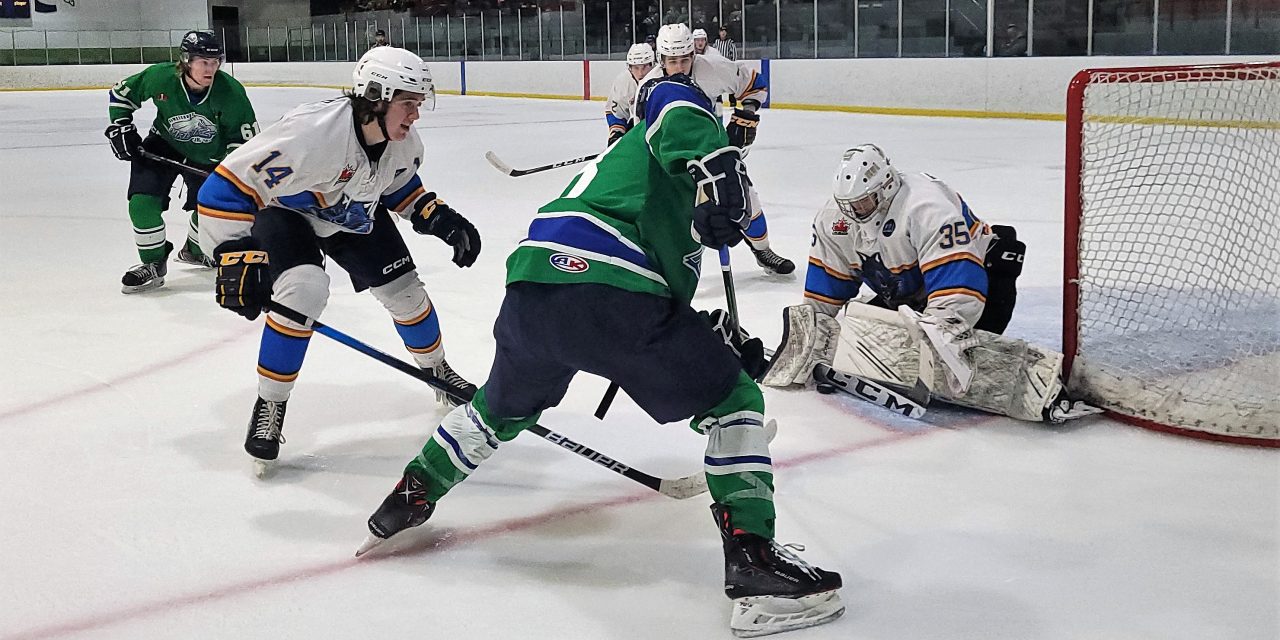 Hawkesbury’s Ryan Liverman (13) is stopped on the doorstep by Renfrew netminder Sebastien Resar (35), in the Wolves 5-1 win over the Hawks on Friday, November 18. Photo: Reid Masson

The Renfrew Wolves came out firing, jumping out to a 3-0 lead after one period and cruising to a 5-1 road victory over the Hawkesbury Hawks on Friday, November 18.

The Wolves hit the ice running at the Robert Hartley Sports Complex in Hawkesbury and were rewarded when Jace Letourneau found the back of the net just over three minutes into the game. Two goals late in the period, including a back breaker by Noah Von Scheidt in the final minute of the first, put the Hawks into a deep 3-0 hole from which they could not recover.

“A full season is never perfect,” said Hawks Head Coach Charles Lavigne, who took a philosophical approach to the loss. “These kind of losses are important, as long as we can read what the lessons are.”

“I think we learned a nice lesson on Friday and that’s OK. I think everybody knows what we can accomplish as a group, but we have be able to address these setbacks head on.”

With the loss, Hawkesbury split its two home games last week. The Hawks began the two-game homestand with a 6-1 pasting of the Brockville Braves on Tuesday evening (November 15). Remi Gelinas had four goals for Hawkesbury against the Braves.

The Hawks head coach said he is pleased with the players on the current squad, noting the team will be stronger once three of its key players return from injury. Bradley Horner, Spencer Gallant and Brad Holcomb are all out long term, but are expected to return this season.

“We are definitely happy with the group we have – its a great group,” Lavigne said. “We’ve lost three big pieces that we would like to have back, but everyone else has chipped in with what they need to do for us.”

Hawkesbury (10-6-1-3) is at home this Friday, November 25, for a huge contest against the Central Canada Hockey League’s (CCHL) defending champions, the Ottawa Junior Senators (13-4-2-0). Hawkesbury beat Ottawa 2-1 in overtime when the two teams met on November 4. Game time is 7:30 p.m.

The following night (November 26) the Hawks will also be at home at The Bob for a rare Saturday night game against Brockville. Game time is 7 p.m.

Lavigne expects the Braves to be much improved since their 6-1 loss to Hawkesbury last week.

“Brockville has played well and won a couple of games since we played them, so they’ve definitely turned the corner,” Lavigne said. “It’s not going to be an easy weekend for us for sure.”

Jace Letourneau, Tyson Tomasini, Noah Vom Scheidt, Elvis Slack, and Brody Simpson tallied goals, while Sebastian Rear made 21 saves as Renfrew improved on the season to 10-6-1-1. Hawkesbury fell to 10-6-1-3, with the Hawks’ lone goal coming late in the third period from Jeremy Tremblay after the game was already decided. Dimitri Pelekos made 25 saves in the loss.

Remi Gelinas scored four goals, Landon Brownlee and Nicholas Brennan added singles, while Dimitri Pelekos made 38 saves, as Hawkesbury improved to 10-5-1-3 on the season. Brockville, who had their lone goal from Luke Tchor, fell to 8-10-0-0 on the year. 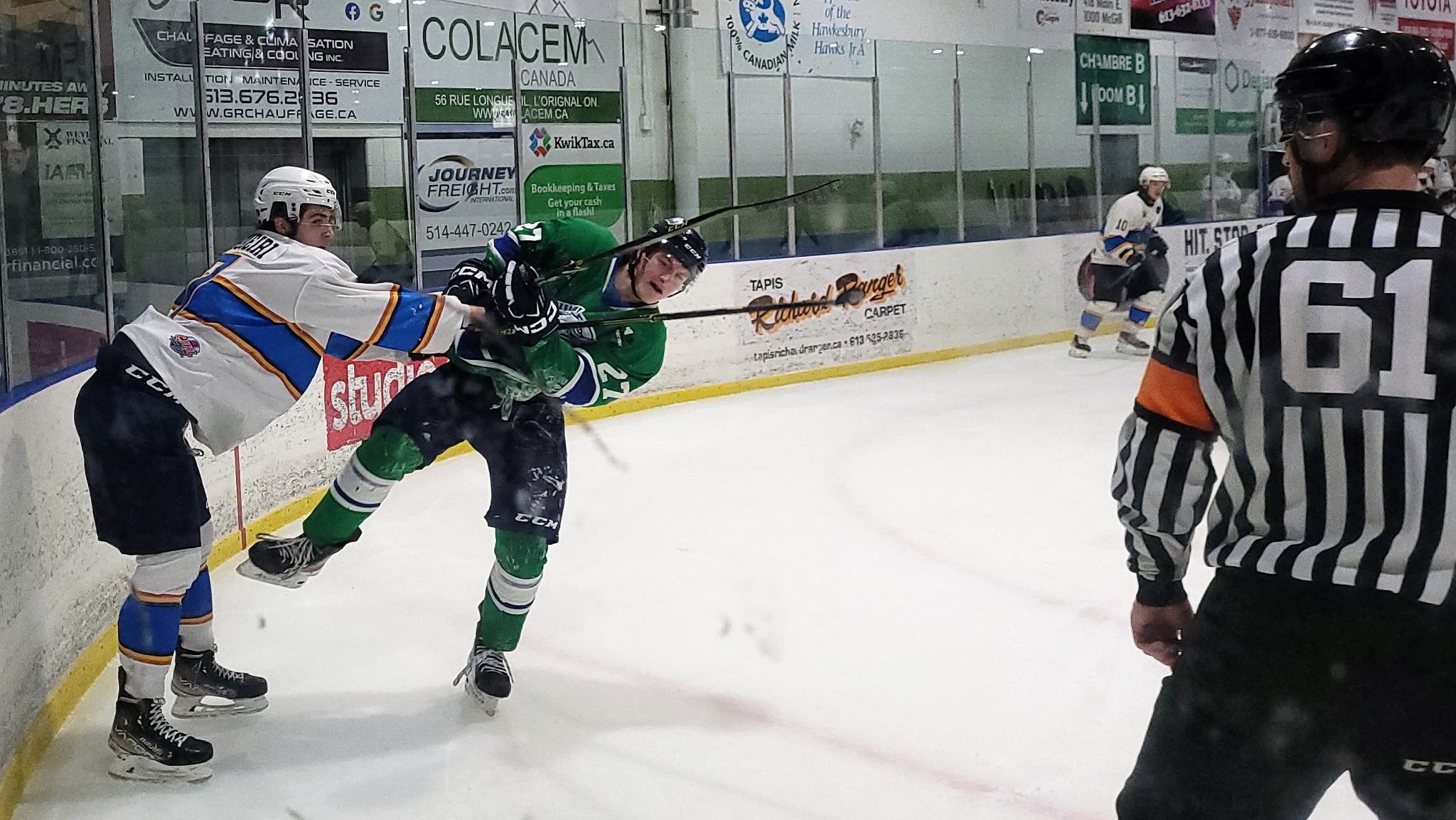 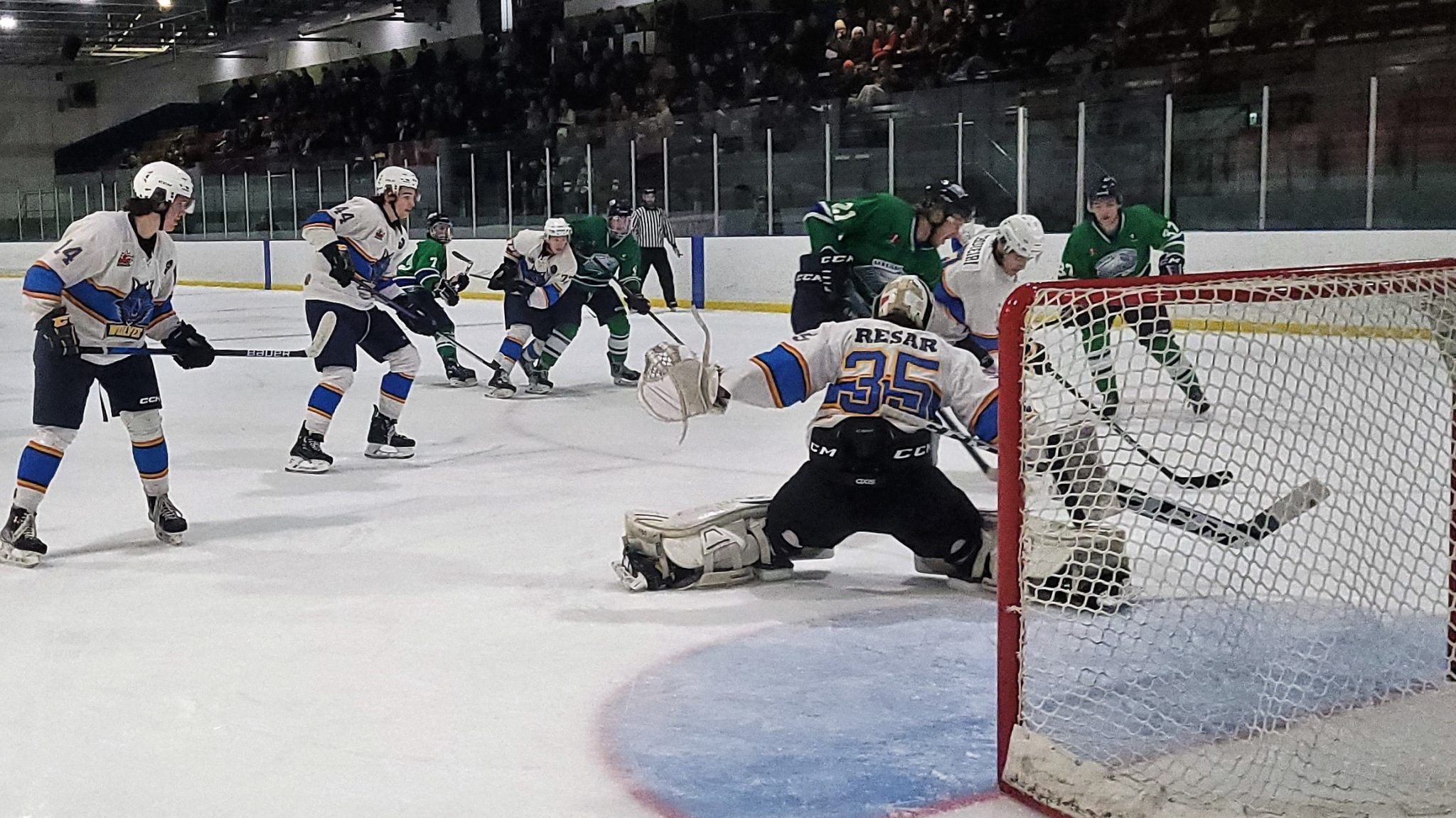