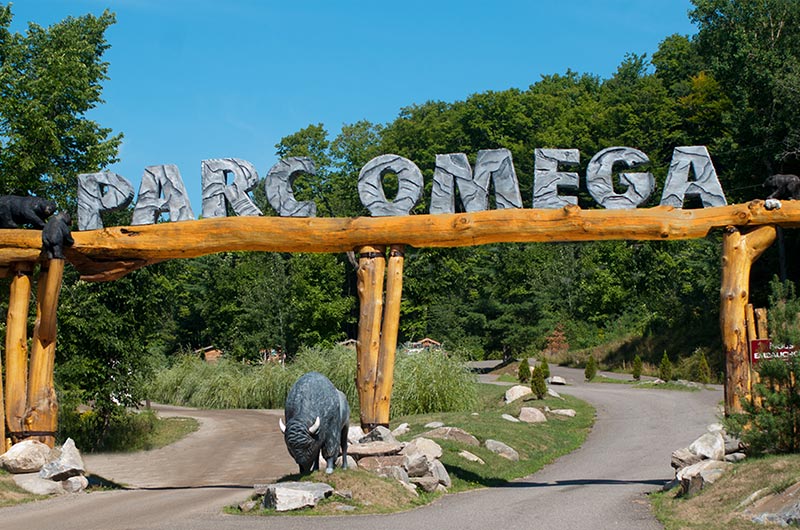 The entrance to Parc Omega near Montebello. Photo from Parc Omega website.

Two men are facing charges after allegedly killing four animals at a wildlife park near Montebello.

According to Sûreté du Québec Sergeant Marythé Bolduc, police were called to Parc Oméga on Route 323 at around 9:30 p.m. on Thursday, November 10 after a security guard reported hearing gunshots.

Three wild boars and one elk were found dead on the park grounds.

Officers arrested two men, agreed 21 and 42 in a nearby vehicle. Both suspects have appeared in court to face charges related to breaking and entering, killing animals, and firearms related offences.

Following the events of last week, Parc Oméga management is reassuring the public.

“Safety protocols are in place at the park and everything has been followed to the letter. In addition to the numerous cameras of surveillance and security barriers, we also have a security guard on site, who immediately contacted the police when the incident occurred,” said Parc Oméga spokesperson Billie Prisca-Giroux.

The investigation is still ongoing, and park management has no further information to disclose at this time.

“ The entire Parc Oméga team is deeply saddened by this event, we would like to warmly thank our dear customers for the wave of love and for the support it brings us. We would like to reassure customers that everyone is safe and that this type of situation is an isolated event,” Prisca-Giroux.

She added the park has put efforts in place to ensure that the situation does not happen again.