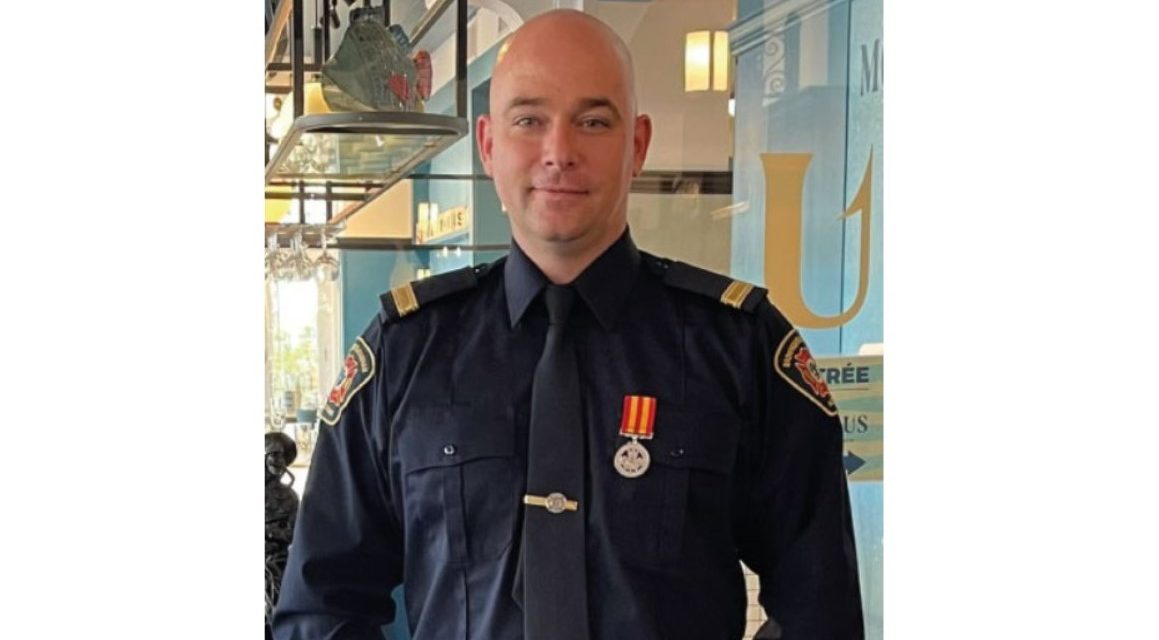 A Brownsburg-Chatham firefighter has been awarded Québec’s Medal for Meritorious Acts for saving fellow firefighters from danger.

On January 19, 2022, the Brownsburg-Chatham Fire Department was called in to help fight a fire at a residence Route 329 in Lachute. The Lachute firefighters already on site were in danger, because the fire had intensified and took hold.

Neil took action to cool down rooms inside the building, while continuing to call the trapped firefighters. Two firefighters in distress approached him and he helped each of them away from the blaze. Neil then assessed their condition, administered first aid, and requested medical assistance. After the two firefighters were taken care of, Neil returned to fight the fire – coordinating operations with his team and ensuring that no gas source had made the situation worse.

After nearly an hour of Neil’s intervention, three firefighters were hospitalized for burns and received treatment, which saved their lives.

According to a Government of Québec news release, Captain Neil’s spirit of initiative, exemplary calm and composure greatly helped the Lachute team and contributed to the rescue of three of its firefighters.