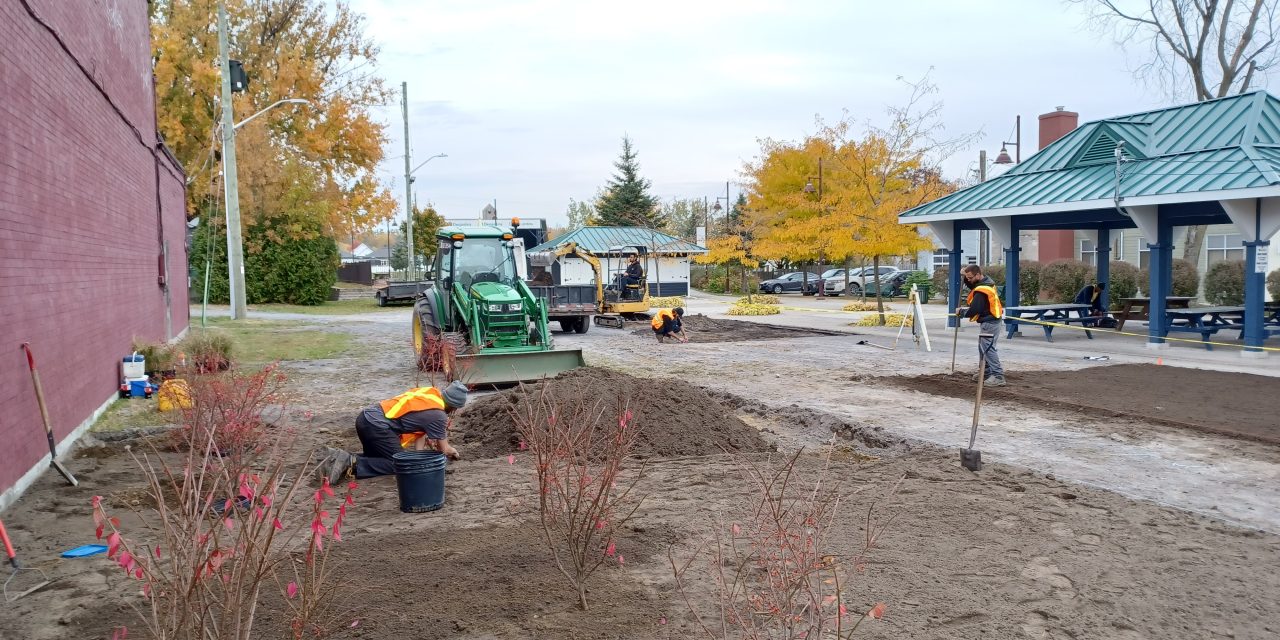 Crews working on the vacant lot being added to Place des pionniers in downtown Hawkesbury on October 12. New features are being added to the park through a grant from FedDev Ontario. The lot was sold to the Town of Hawkesbury by businessman Panna Chowdhury for $1. Photo: James Morgan

A park in downtown Hawkesbury is growing and getting a new look, thanks to the generosity of a local businessman and grant funding.

Panna Chowdhury, who owns Crevier gas stations in Hawkesbury and Rigaud, and the Supavapes store in Hawkesbury, has sold the vacant lot beside Place des pionniers to the Town of Hawkesbury for just one dollar.

The donation of land for the addition to Place des pionniers was made in memory of Chowdhury’s late wife Sudipta, who passed away in June of 2020. The Chowdhury family relocated to Hawkesbury from Montréal seven years ago and fell in love with the community.

“My wife was so happy to move to Hawkesbury,” Panna Chowdhury said.

“I’m blessed by all of you,” he said of the community.

Chowdhury believes having a better park in the centre of downtown will provide a more attractive outdoor space for residents.

“Everybody doesn’t live by the river,” he commented.

The expansion and improvements to Place des pionniers are made possible because of a grant the Hawkesbury Chamber of Commerce has received from FedDev Ontario of $100,000 for the redevelopment and revitalization of the park. A tourism welcome plaza and outdoor bistro dining space are being added to Place des pionniers. On Wednesday, October 12, construction crews were already at the site beginning the work.

During the Canada Day weekend in 2022, Place des Pionniers was home to the first Festival multicultural de Hawkesbury, and has previously hosted the popular Festival Western de Hawkesbury.