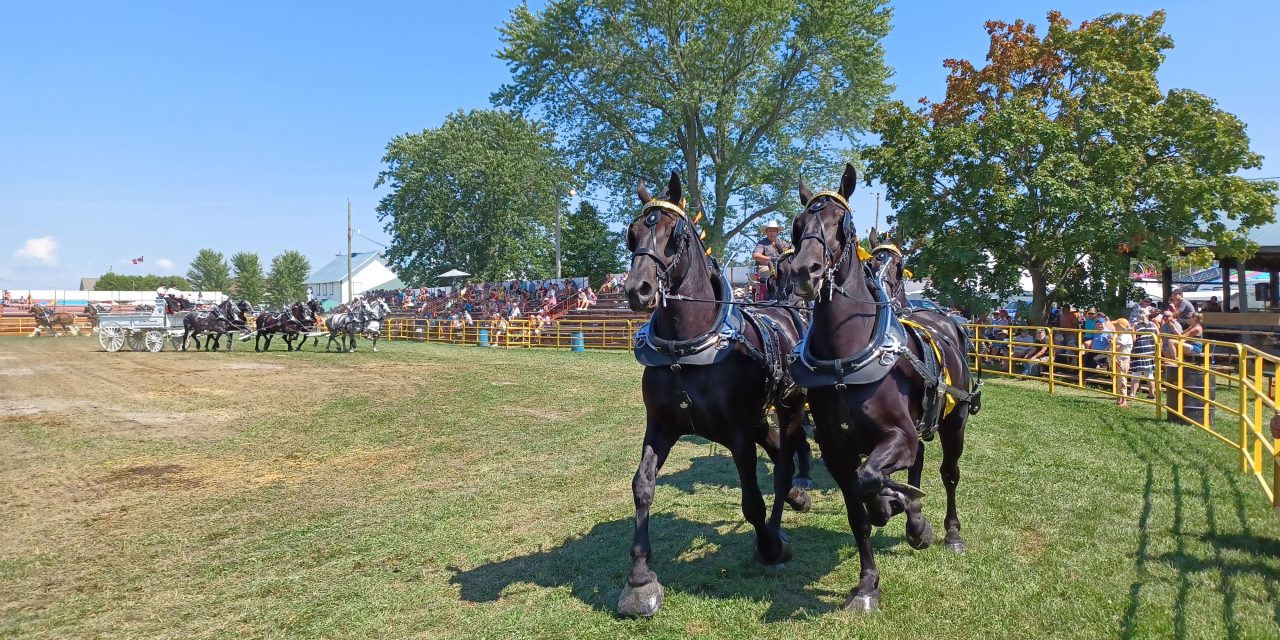 A full schedule of horse shows and agricultural fairs is back across Canada and the United States this year, and that has meant a busy, successful show season for Percheron draught horses from Wilson Farms of Vankleek Hill.

Draught horses have been in our blood for the last three to four generations,” says Kevin Wilson, who co-owns and operates Wilson Farms with his father, Ian Wilson. The main business of Wilson Farms is grain storage and elevation, and they also have beef cattle.

According to Kevin Wilson, the farm has around 300 Percheron draught horses, mostly being raised mostly in Indiana, Ohio, and Missouri. Out of those 300, 11 geldings are used for shows across Canada and the United States. Many of the horses are raised for purchase by Amish farmers in the Midwestern US.

“We get five or six people a day looking for horses,” Wilson says.

The family’s connection to draught horses began decades ago, when Kevin’s grandfather Bob Wilson (Ian’s father) owned an Allis-Chalmers tractor dealership on Pendleton Street in Vankleek Hill. In addition to tractors, Bob Wilson also kept mares on on his property.

“We were always just kind of partial to the Percheron breed,” Wilson recalls.

So far in 2022, Wilson horses have consistently been in the top five in their classes at draught horse shows locally and in the United States. At the TLA Classic Show in Topeka, Indiana, they placed fourth out of 16 entries in the Classic Series Cart Class, third out of seven teams in the Percheron Six Horse Hitch, first out of 16 teams in the Junior Cart Class, and second out of five teams in Percheron Pair Class.

According to Wilson, Indiana and Ohio are the hub states for Percherons. 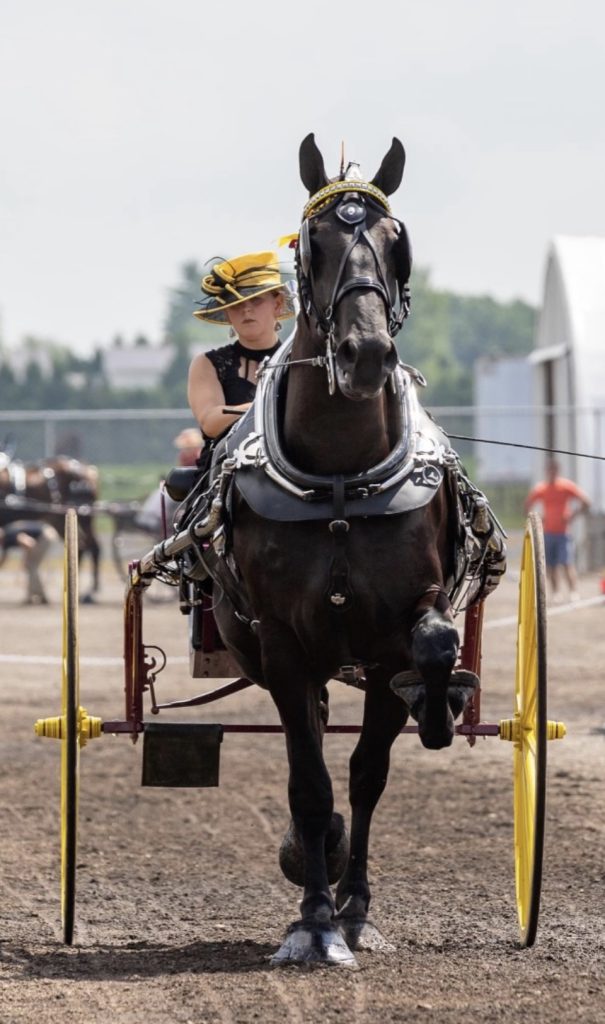 A hometown audience was treated to an appearance by Wilson’s Percherons at the Vankleek Hill Fair, and the horses returned to their farm just west of the fairgrounds with some top prizes. At the Vankleek Hill Fair, Wilson horse’s won first out of six teams in the Six Horse Hitch, first out of eight teams in the Four Horse Hitch, third out of eight entries in the Men’s Cart Class and Second out of seven entries in the in the Ladies Cart Class.

The winning six horse hitch at the Vankleek Hill Fair was fairly new to the Wilson inventory. Last year, they sold six Percherons and seven Belgian geldings at a sale in Topeka, Indiana to buyers from all over the US and Canada. Then, they created a new show hitch.

“The hitch we won with in Vankleek Hill, that was their third time in show,” Wilson remarks of the new team.

He compared adding to a hitch or selling horses to how a professional hockey team calls up players from minor league teams. It works as long as there is always a good supply of new players.

Wilson Farms was also invited to represent Percherons at Horse Progress Days over the Fourth of July holiday in Montgomery, Indiana.

Over the recent Labour Day Weekend, the Wilson hitch was competing at the New York State Fair in Syracuse. The horses will also be shown at the World Championships from September 14 to 17 in Shipshewana Indiana. Kevin Wilson is also President for the North American Six Horse Hitch Classic Series. From October 13 to 16, Wilson horses will be competing at the Michigan Great Lakes International Draft Horse Show and Pull in Lansing.

At Wilson Farms, the draught horses started out as a hobby and showing them promoted the family’s grain business. Now they are a business on their own.

“We’ve been fortunate to turn our hobby into a business,” Wilson says. “We pride ourselves on always having good horses for sale.”