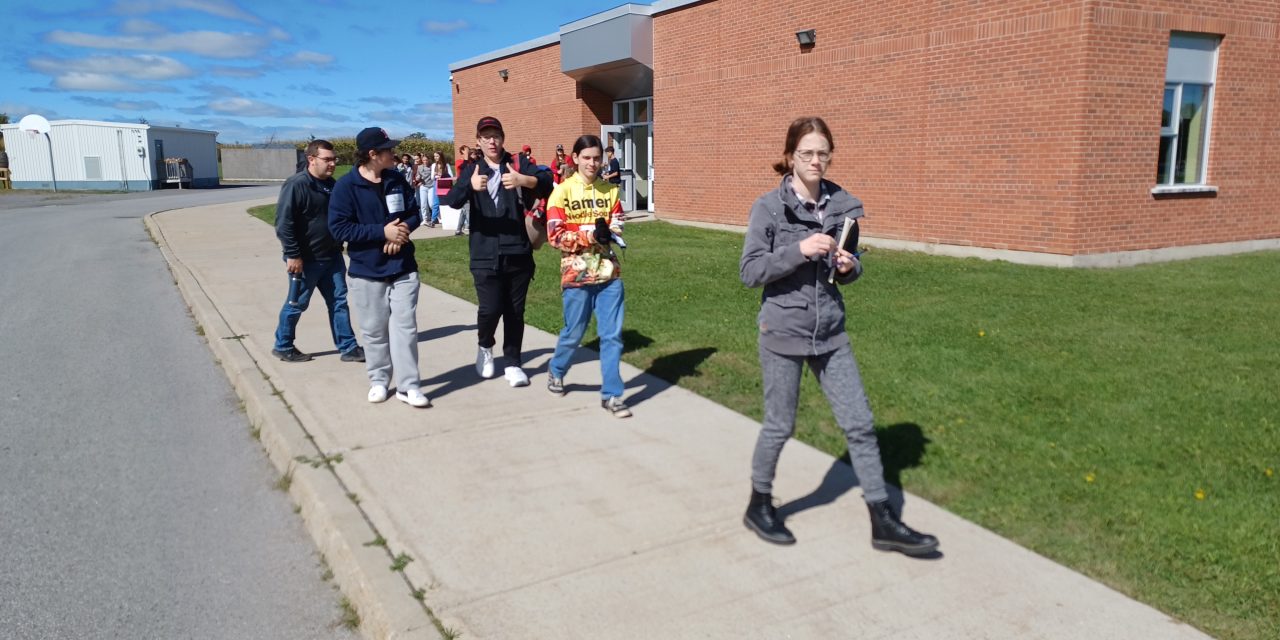 The event is organized by the school’s LINK leadership class. All staff and students were requested to contribute “a toonie for Terry,” as a donation for cancer research, which was also the reason why Fox embarked upon his cross-country Marathon of Hope in 1980. Due to cancer, Fox had his right leg amputated before beginning the journey.

Terry Fox’s Marathon of Hope started in St. John’s Newfoundland and continued west, including through Hawkesbury, before sadly ending near Thunder Bay, Ontario, when he became ill and then found out his cancer had returned. Fox died on June 28, 1981, at age 22.

For the Terry Fox Walk at VCI, students and staff followed a route of about two kilometres along nearby streets in Vankleek Hill. Many participants wore tags indicating they were walking in honour of loved ones who had been lost to, or survived cancer. 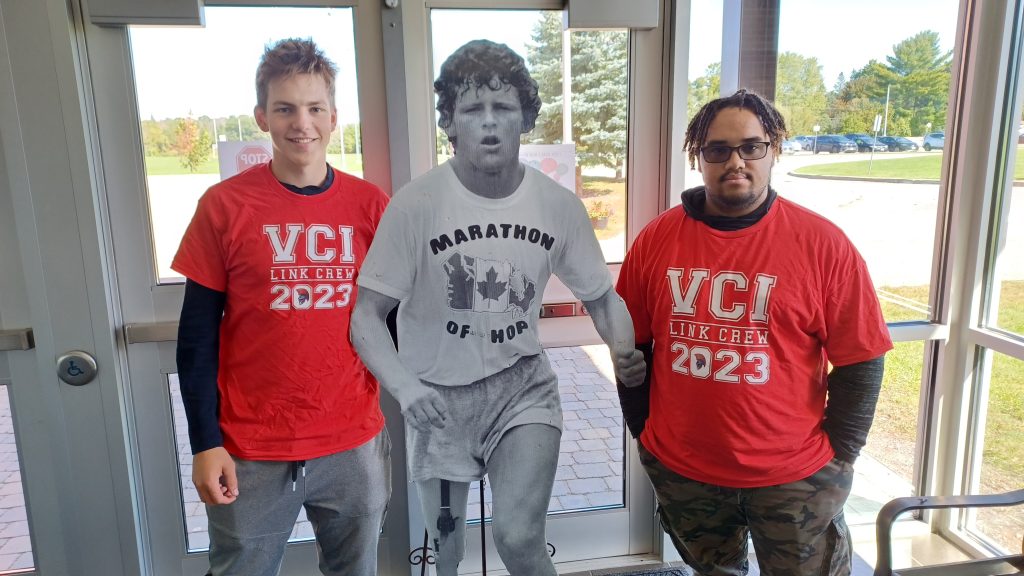 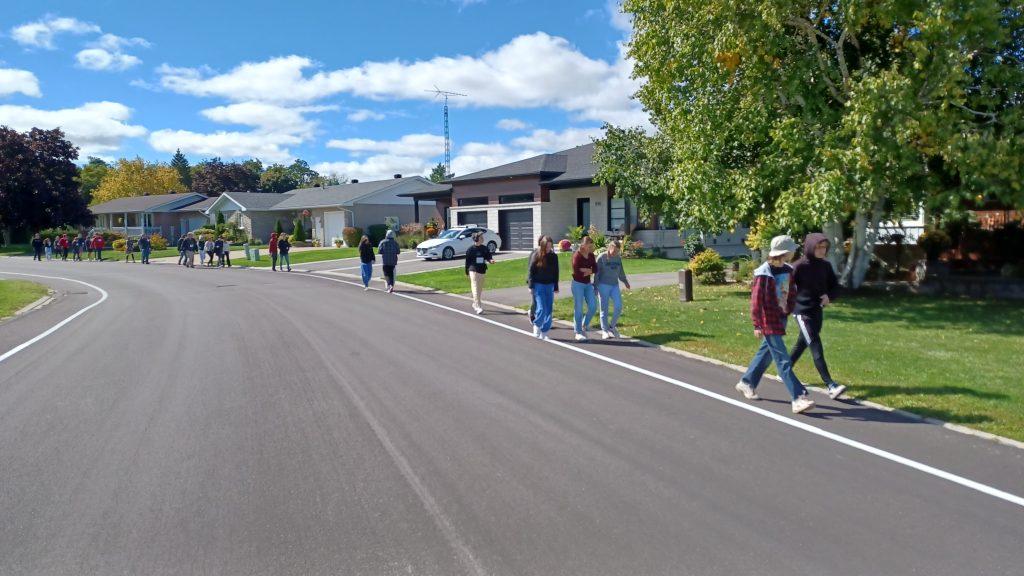