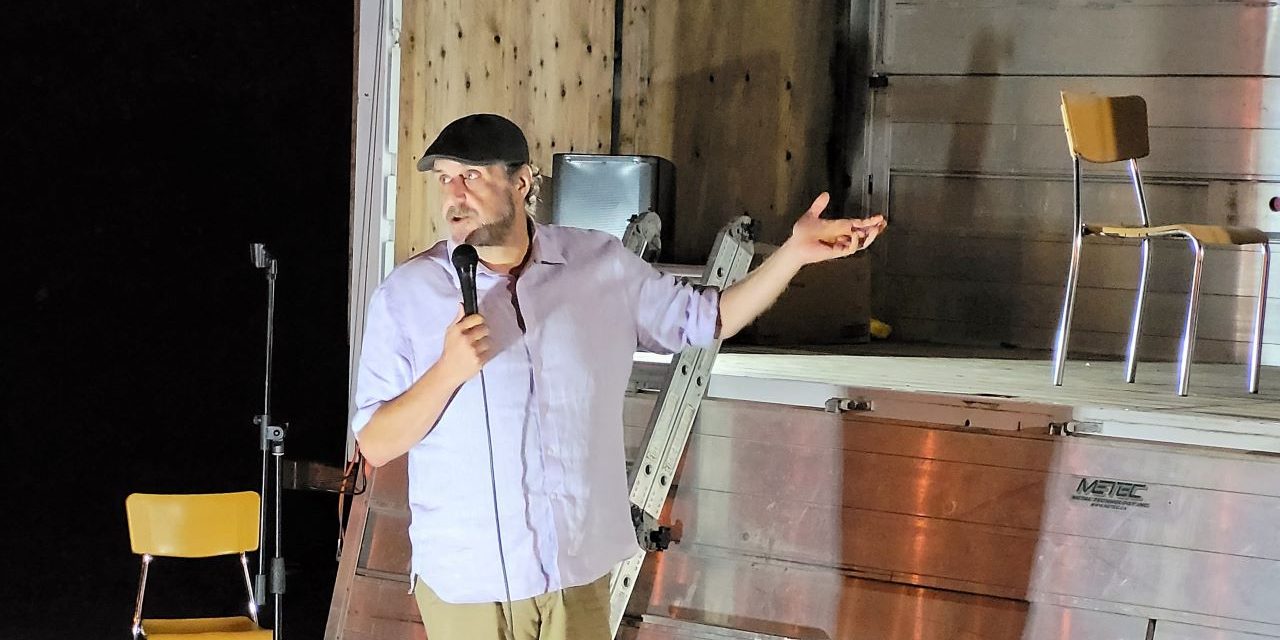 Headliner Joey Elias had the crowd of about 100 people in stitches throughout his set, straying from his regular material to comment on his impressions of Vankleek Hill and incorporating members of the audience into his act. Asking questions of several members of the crowd, Elias was often surprised by the answers.

“What do you do for a living sir,” Elias asked John McCaig, owner of McCaig’s Honey.

“Beekeeper??” Elias exclaimed, his eyes widening as he took a step back and reflected on the small-town time warp he had inadvertently stepped into.

“Does Vankleek Hill still have a Town Crier?” he asked the audience.

Montréal-based radio personality Ted Bird – himself a veteran of the city’s comedy circuit – hosted the show and kicked off the evening with his set. The current host of Hudson’s Lite 106.7 FM’s morning show joked about his radio career and the number of stations he has worked for. The jokes brought laughs from an audience familiar with his broadcasting work.

Naming his various shows and the many co-hosts he has had, the veteran radio host analyzed why he had worked in so many places with so many different people over the years.

Bird was followed by two young up and coming comics, Leonard Yelle, and Jacy Lafontaine, from Cornwall, both of whom kept the laughter going with their energetic sets.

Wassim El Mounzer set the tone for Elias with a hilarious set preceding the headliner that had members of the crowd doubled over in laughter. Eschewing the portable trailer stage the first two comics had used, El Mounzer joked that his family had immigrated to Canada in a container that looked suspiciously similar to the stage.

“I’m not getting in that thing – the sides close up,” El Mounzer commented to peals of laughter from the audience. “It looks like a trap to me.”

Audience members clearly enjoyed the night of laughter and many stayed behind to personally thank Bird, Elias and their fellow comedians for coming to Vankleek Hill.

“It was a wonderful evening,” said Don Dubois, who helped to organize the comedy night and served as the butt of several of host Bird’s jokes. “I think we really needed a good laugh after the past two years.”

The event held outdoors under the tent and outdoor patio at the rear of the Windsor Tavern raised more than $1,000 in funds to be donated towards breast cancer research. 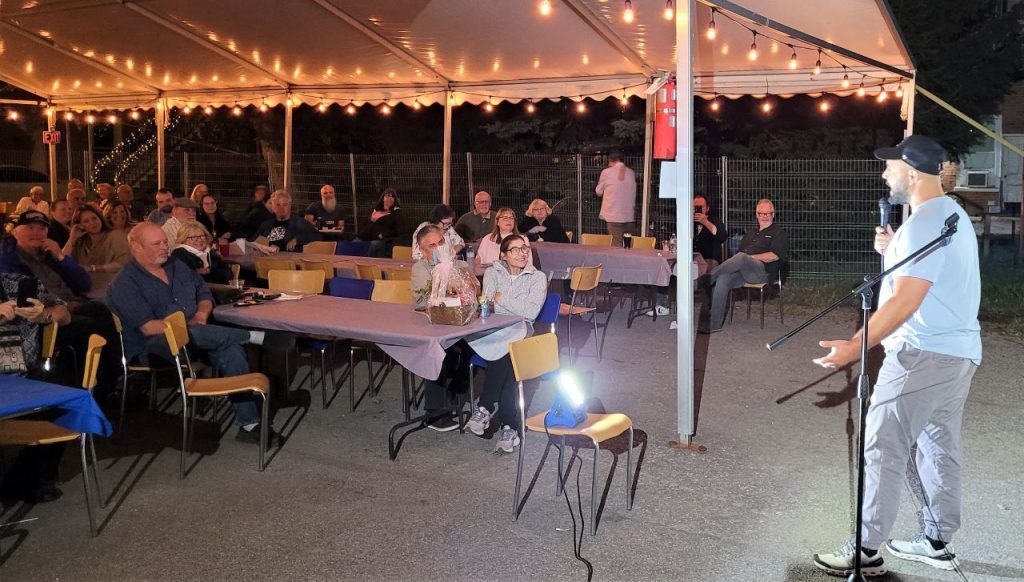 Montreal comedian Wassim El Mounzer was a big hit with the crowd at the Windsor Tavern on Saturday, August 27. Photo Reid Masson